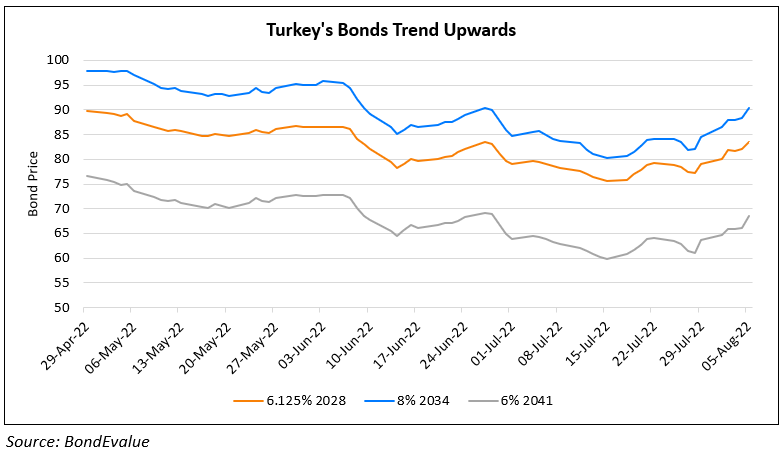 Turkey’s bond prices are rallying on news that its net forex reserves jumped about $2.4bn to $9.12bn in the last week of July, the highest level in the last two months. Reuters notes that this is in stark contrast to the sharp drop in reserves in December, when billions of dollars were sold in order to stem the fall in the lira amid a currency crisis. As the lira continued to drop in 2022, the Central Bank was forced to buy lira with its forex reserves, causing them to drop from levels of $20-30bn in 2021 to levels below $10bn currently. A total of $30bn of Turkey’s reserves have been sold thus far to prop its currency, Reuters notes. Looking forward, Finance Minister Nureddin Nebati signaled that “foreign direct investment was flowing to Turkey and reserves data will show another jump in the coming week”. The currency is down 26% against the dollar compared to 44% down at end-2021.