Turkey’s International Reserves Drop by Over $3bn since mid-August 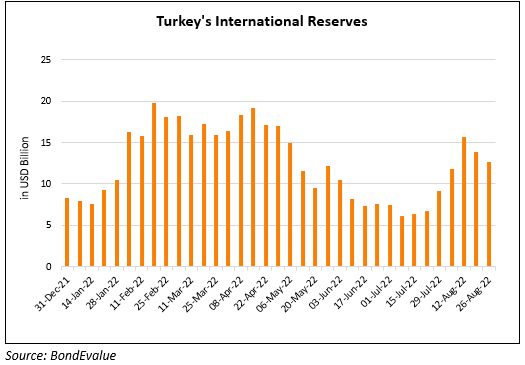 Turkey’s international reserves dropped by $1.26bn for the week ended August 26, and by over $3bn during the second half of the month. In the second week of August, its net forex reserves touched $15.68bn, the highest level since late April but have fallen sharply over the last two weeks. Its reserves had fallen to a two-decade low of $6.07bn in early July due to the billions of dollars that the central bank sold by intervening in the market to the stem the lira’s fall. Turkey had however started building up its reserves ever since then until mid-August where the total amount had more than doubled.