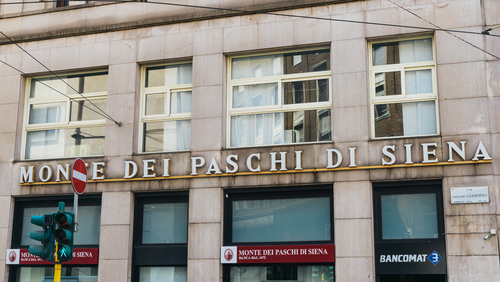 UniCredit is expected to assume Banca Monte dei Paschi’s junior debt liabilities as part of the deal to takeover the bank from the Italian government. The news comes as UniCredit and the Italian government are negotiating a deal to sell the government’s 64% stake gained after a bailout of Banca Monte in 2017. The Italian government is bound to exit the bank by the end of this year to make good on its EU deadline. In a bid to close the deal, the Roman Treasury has already extended favorable terms to UniCredit. Legal liabilities of Banca Monte were also reduced by €3.8bn ($4.5bn) to sweeten the deal. UniCredit’s acceptance of assuming the junior debt takes the deal one step closer to execution.

The junior debt holders were concerned about the takeover as the junior debt is subordinate to the senior debt and generally comes without collaterals making it a riskier asset. If an entity goes bankrupt, it is the subordinated debt that is most likely to be unpaid with senior debt with debt obligation collaterals given priority. The Italian government has been negotiating hard to shield losses of the bondholders by agreeing to a final deal on terms which do not require applying EU rules on state aid for banks. UniCredit has also set strict conditions around the deal and has demanded that the deal should not affect its capital. It has also steered away from the non performing loans of Banca Monte. The deal has a 40-day period for UniCredit to select the Banca Monte assets that it will be buying.
Banca Monte’s 5.375% 2028s and 8.5% 2030s were down 0.58 and 0.69 to trade at 82.5 and 92.67 respectively. UniCredits bonds were stable – its 9.25% perps were down 0.06 to trade at 106.69.
For the full story, click here