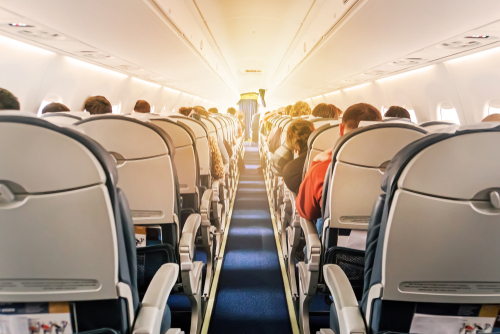 The US Airlines industry is going through a deja vu as a resurgence of Covid-19 cases is seen in the US. The seven day average of people hospitalized in the US is just shy of 100k with a quarter of that number in intensive care. The only period worse than the current one since the pandemic started was from December 2020 to January 2021 when the seven day average had peaked to ~127k. The increase in infections have taken a toll on the airline industry and it is expected to delay the recovery to pre-pandemic levels even further.

Most US airlines including American, Delta, Jetblue, Southwest and United revealed through filings with the US SEC that the demand for travel had slowed in August. Southwest also reported a drop of 19% in its revenues last month compared to the same period in 2019 with the revenues near the lower end of the guidance. United forecasts a drop of 33% in its 3Q2021 revenues compared with 3Q2019. American forecasts 24-28% lower revenues in 3Q2021 compared to 3Q2019 and vs. a guidance of a 20% decline. Delta Air Line’s revenue in the quarter is also expected to be lower by 30-35% compared to the corresponding period in 2019 and is seen closer to the lower end of the guidance. The far-reaching effects of the pandemic and the Delta variant have led airlines to revisit their offerings with lower capacity for the upcoming holiday season. United’s Chief Commercial Officer Andrew Nocella said, “A lot changed in a very short period of time,” and added, “we will offer less capacity for Christmas and Thanksgiving than we would otherwise have planned earlier this summer”. Derek Kerr, American’s Chief Financial Officer said, “We expected the recovery would be choppy and unpredictable,” adding, “August and September revenue is trending lower due to the rise of Delta and the associated headlines.”