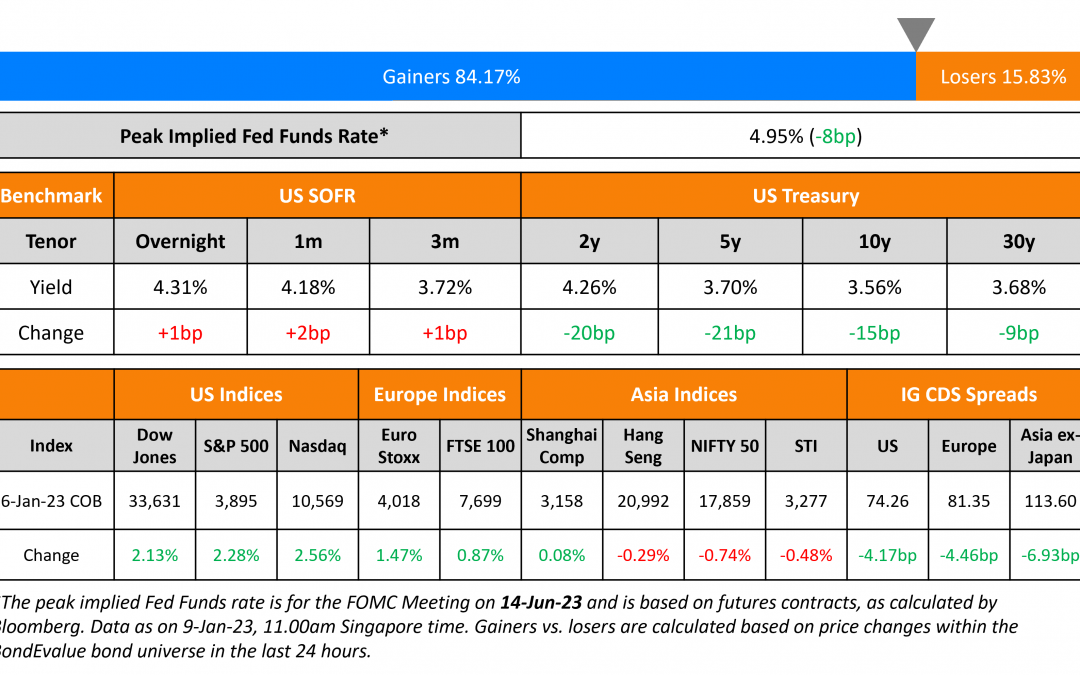 US Treasuries saw a massive rally on Friday with yields dropping by over 20bp across the 2Y and 5Y while 10Y yields fell 15bp. The move occurred after the keenly awaited jobs report numbers came out. US Non-Farm Payrolls (NFP) came at 223k for December, higher than the surveyed 202k but lower than last month’s revised 256k print. The unemployment rate was at 3.5%, higher than surveyed 3.7% but lower than last month’s revised 3.6%. However, bond markets were boosted as Average Hourly Earnings YoY fell to 4.6%, lower than the surveyed 5% and last month’s revised 4.8% print, implying a softening in wage inflation. Besides, the ISM Services PMI for December saw a contraction to 49.6, after 30 consecutive months of growth. Among this, the inflationary ‘Prices Paid’ component fell to 67.6 from 70 in November. Also, components like new orders and inventories saw a contraction at 45.2 and 45.1 respectively in December from 56 and 47.9 in the November. Both, the wage inflation and soft ISM Services data points saw market participants price in either a slower path to Fed rate hikes this year. All eyes now focus towards the CPI print that is expected at 6.5% for December, a drop from 7.1% in November. The data is due on January 12. 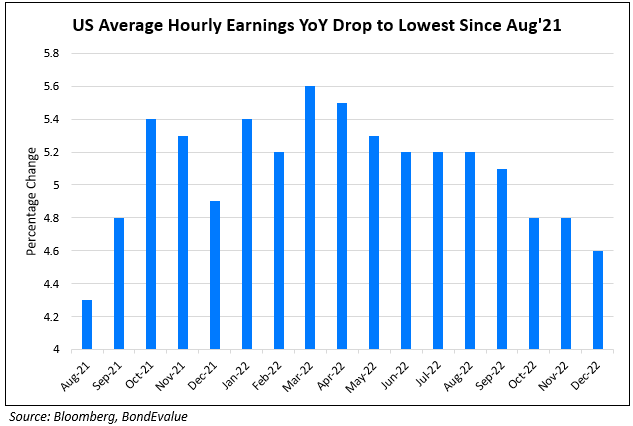 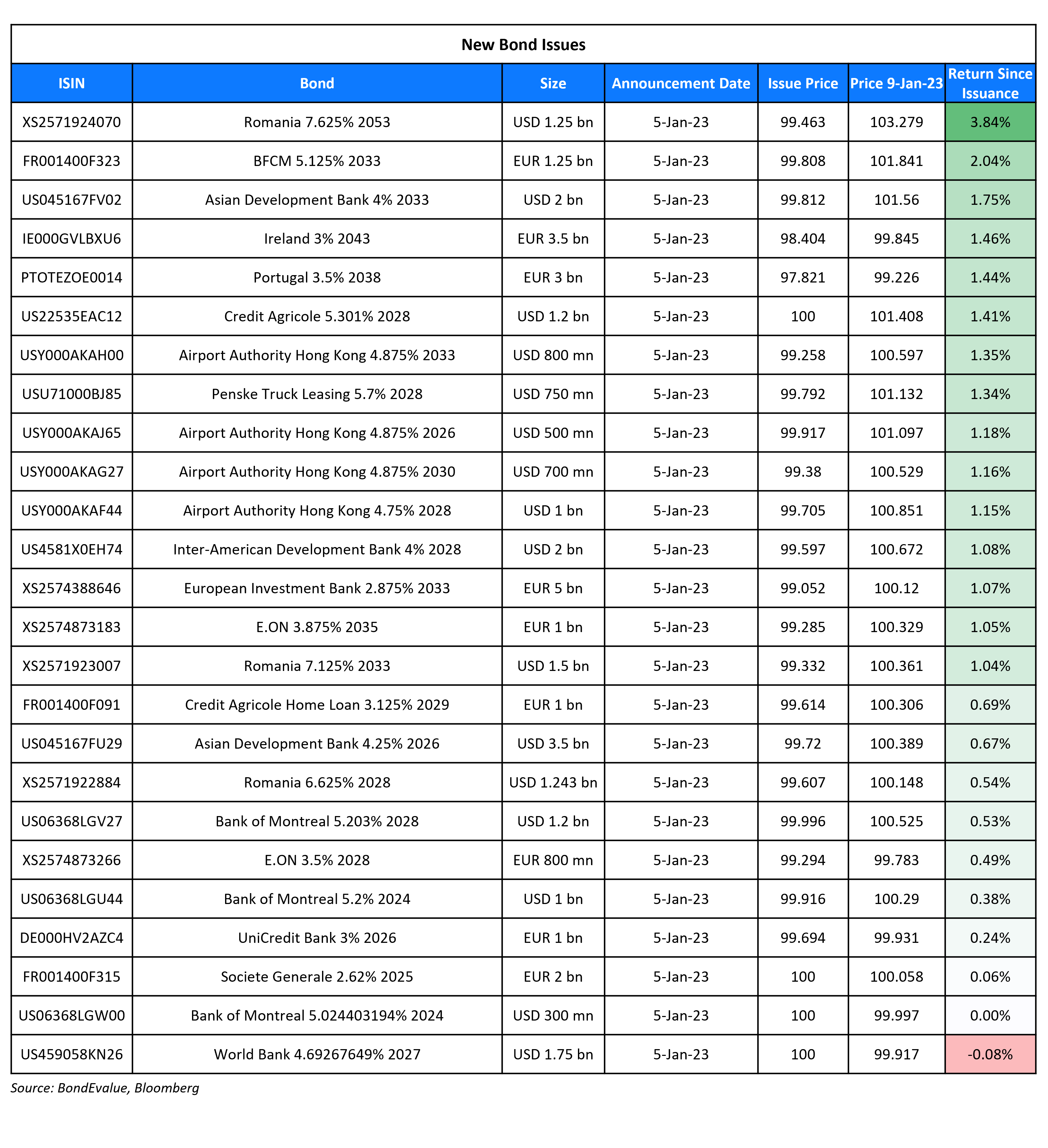 PMIs or Purchasing Managers’ Index are an index composed of a monthly survey of purchasing managers/supply chain managers across industries. This is a diffusion index, a statistical measure of summarizing the common tendency of a series – if there are more number of values rising than falling, the index is above 50 and the index goes below 50 if the falling values exceed those rising. For PMIs, a value below 50 indicates contraction and a value above 50 shows expansion. These surveys are taken over different areas of the supply chain business: New Orders, Employment, Inventories, Supplier Deliveries and Production covering imports, exports, prices and backlogs. In most countries, Markit publishes the PMI numbers while other organizations publish them too. Markit generally publishes the month’s PMIs in last week of the month. In the US, the ISM PMI is the official PMI data and it comes during the first week of every month. This is a useful soft indicator to identify how GDP is expected to be during that period.

Alex Li, head of US rates strategy at Credit Agricole

“The yield-curve steepening we’ve seen post payrolls reflects a sigh of relief that strong wage gains are probably behind us, which is good news for the Fed. They’re probably closer to the end of the tightening cycle, though they still have work to do.”

“Recession fears will increase demand for the long end”

On Year of the Bond Starts With a $150bn Spree

“Three quarters of supply in any given month this year came in a matter of five business days… We’ve had a record setting zero-volume days in the primary market. And then everybody running through the same narrow window.”

“Bad news is now good news, as the softer non-manufacturing ISM report, combined with the soft wage data within payrolls, has given a bid to risk”

On Summers Sees ‘Tumult’ in 2023 With Reckoning for Bond Market

“I suspect tumult. This is going to be remembered as a ‘V’ year when we recognized that we were headed into a different kind of financial era, with different kinds of interest-rate patterns… But I think the judgment that soft landings are the triumph of hope over experience continues to be the right best guess” 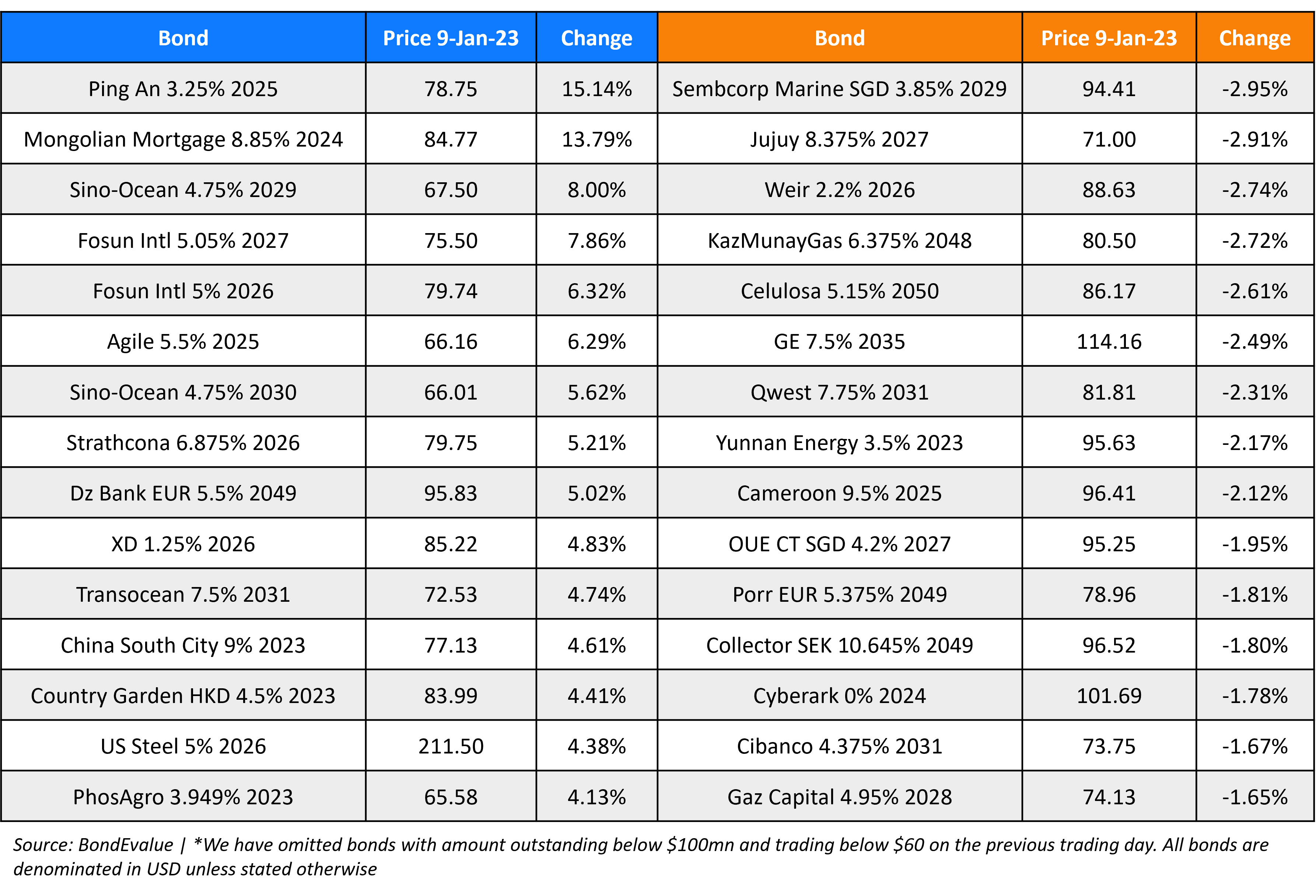