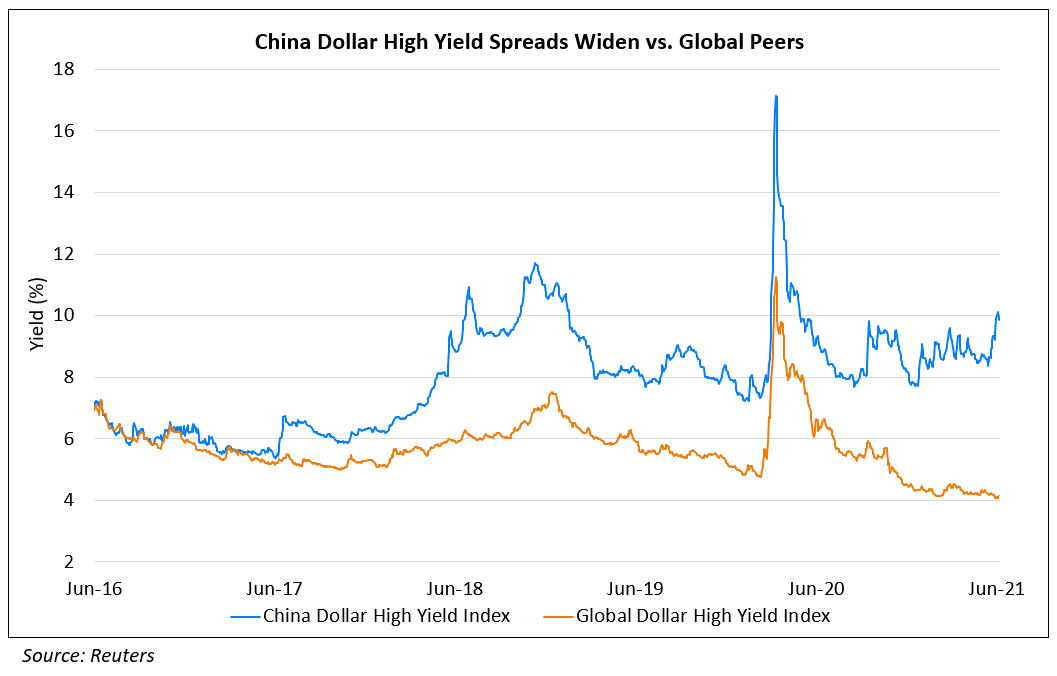 The yield on the ICE BofA Chinese Junk Dollar Bond Index topped 10% for the first time in over a year. This is in contrast to its global counterpart, whose yield is currently at 4.57%, as reported by WSJ, implying a spread of 540bp or 5.4% for Chinese high yield dollar bonds over global peers. Apart from a brief time in March 2020 during the peak turmoil in markets, this spread has not been above the current level since early 2012 and has rarely breached 500bp over the last decade as per ICE BofA data. China’s high yield bond market has been plagued in recent times especially with regard to real estate developers with China Fortune Land (CFLD) defaulting earlier this year and concerns over Evergrande’s systemic impact lingering on its peers as well. Chinese property developers have sold over $20bn in dollar bonds YTD, ~16% higher than the same period last year according to Refinitiv. Kenneth Ho of Goldman’s Asia credit research says, “Chinese junk bonds are underperforming regional peers this year, such as similar debt from India and Indonesia… yields on Chinese junk bonds were likely to stay high, and investors were likely to focus on trying to minimize their risks rather than maximizing returns…Once we see signs of deleveraging from earnings reports and see idiosyncratic risks subside, then maybe valuations will get more people attracted to the market”.