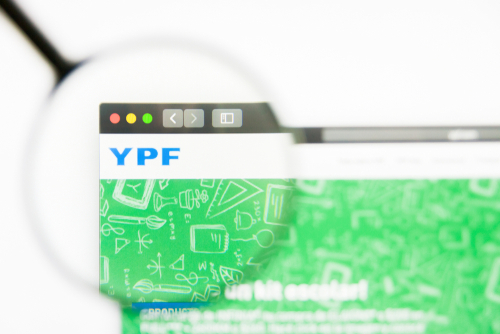 Argentinian state-owned energy giant YPF avoided a hard default on its dollar bonds after it received enough support from bondholders to proceed with a restructuring of $2.1bn in bonds, which was significantly lower than its planned debt exchange of $6.2bn. YPF got nearly 60% acceptance for an offer to swap their 8.5% 2021s for cash and new 2026s. Support for the other bonds due 2024-2047 was lower at 19-43% after major creditor groups withheld support. Bloomberg reported that the restructuring will provide about $630mn of debt relief through 2022, which would free up capital to invest in the shale-rich region of Vaca Muerta in Patagonia.
YPF launched the offer on January 7, asking bondholders to swap a total of $6.2bn of bonds for three new 2026s, 2029s and 2033s, helping to reduce near-term payments. With the result, the company said it has refinanced $630mn in debt due through December 2022, “liberating resources that can be used for productive investments.” The deal comes after the company made four amendments to the offer as creditors showed reluctance to seek for better conditions. As per the latest amendment, YPF agreed to pay a cash sweetener to those who tendered their 2021s before the early participation deadline on February 10. The bookrunners for the offer were Citi, Santander, HSBC and Itaú BBA. YPF’s 8.5% 2025s and 7% 2047s are up 2.8 and 2.3 points to currently trade at 77.5 and 61.75 respectively.
For the full story, click here