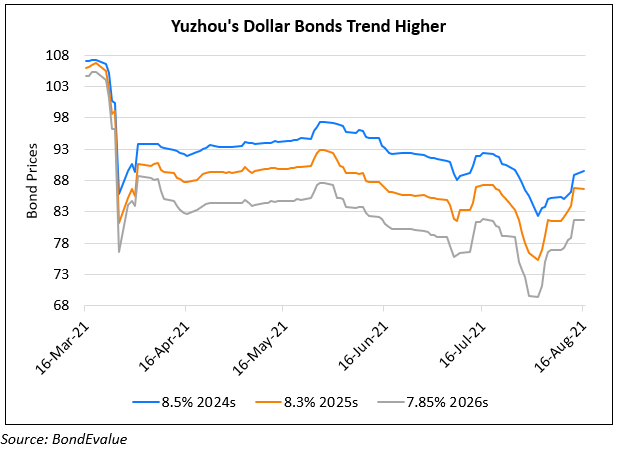 In March, Yuzhou warned of weaker earnings that led to a Moody’s downgrade to B1 from Ba3 and then reported  a 97% drop in 2020 net profits and a subsequent downgrade by Fitch to B+. Their bonds were under pressure again in June as Evergrande’s concerns spilt over to lower rated peers. Yuzhou has been buying back bonds in an effort to quell investor concerns. On July 8, Yuzhou bought back $1mn of its 8.3% 2025s in the open market, its third repurchase this year, with the company saying the repurchases are an attempt to “send a positive signal to the market and investors”