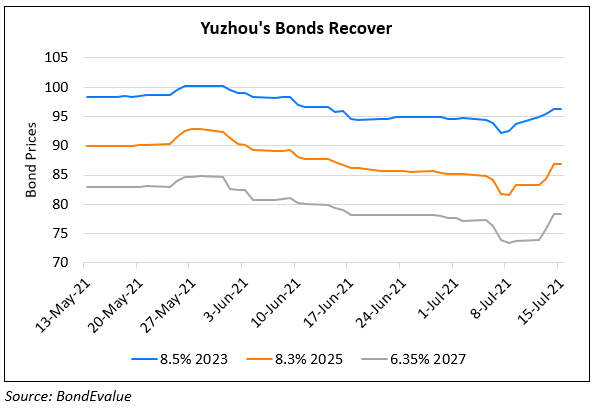 Yuzhou Group’s dollar bonds have been trending higher since the firm started buying back its dollar bonds a week earlier. Yuzhou’s bonds had been moving lower since the beginning of June with concerns on Evergrande spilling over to peers. Prior to that in March, Yuzhou warned of weaker earnings that led to a Moody’s downgrade to B1 from Ba3. A week later it reported a 97% drop in 2020 net profits and a subsequent downgrade by Fitch to B+. At the time, BOC International said Yuzhou’s poor result should be a “one-off earnings shock” and that prices reflected all the near-term negatives.