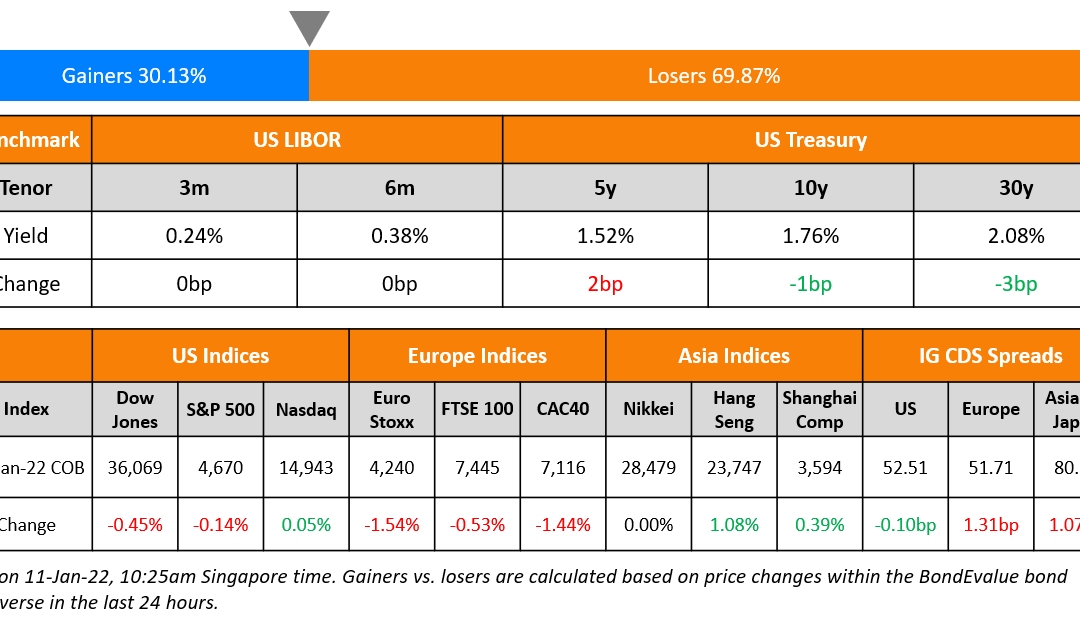 Asian primary markets are having its busiest day yet in 2022 with 10 new dollar deals. Rating agencies are back to downgrading Chinese property developers with five downgrades on Monday including Shimao and Yuzhou.

The bonds have expected ratings of A2/AA (Moody’s/S&P). Proceeds will be used for general corporate purposes and not for any activities relating to the construction or development of its oil sands projects. The new 3.25Y bonds are priced 9.2bp wider to its existing 3.25% 2025s that yield 1.7%.

Shriram Transport Finance raised $472mn via a 3.5Y social bond at a yield of 4.15%, 30bp inside initial guidance of 4.45% area. The bonds have expected ratings of BB–/BB (S&P/Fitch), and received orders over $960mn, 2x issue size. Proceeds will be used in accordance with the issuer’s social finance framework as well as for onward lending and other activities. STF’s social finance framework has received a second-party opinion from Sustainalytics and a limited assurance report from KPMG. The security on these bonds will be in the form of a exclusively earmarked specified pool of receivables. No other details were released on the receivables.  Fund managers, hedge funds and pension funds took 92% of the deal, banks 4% and private banks 4%. Asia accounted for 66%, EMEA 18% and the US 16%. The new bonds are priced 47bp wider to its existing 4.4% 2024s that yield 3.68%.

A Second Party Opinion (SPO) in the ESG space refers to an independent review of the selection criteria for the projects financed ESG green bonds and of the allocation of funds. An SPO tries to provide assurance that the bond framework is aligned to accepted market principles like the ICMA Green Bond Principles for example. There are separate companies that provide SPOs, having been considered to have expertise and reputation in this field. Prominent players in this space include Sustainalytics, CICERO, Vigeo Eiris, ISS ESG, S&P Global amongst others,

“We will use our tools to support the economy and a strong labor market and to prevent higher inflation from becoming entrenched.” “We can begin to see that the post-pandemic economy is likely to be different in some respects. The pursuit of our goals will need to take these differences into account.” “We worked to improve the public’s access to instant payments, intensified our focus and supervisory efforts on evolving threats such as climate change and cyberattacks, and expanded our analysis and monitoring of financial stability,” he said.

On the view that the Federal Reserve may be able to control inflation through rate hikes without majors shocks to economy – Jamie Dimon, JPMorgan Chase & Co. Chief Executive Officer
“If we’re lucky, the Fed will slow things down, and we’ll have what they call a soft landing.” “It’s going to be a little bit like threading a needle.” “I’d personally be surprised if it’s just four increases,” he added. “Four increases of 25 basis points is a very, very little amount, and very easy for the economy to absorb.”

On the possibility of a faster pace of policy tightening

“The idea that the Fed sticks to a template of four rate hikes this year is challenged by what has already happened, with the pace of tapering accelerating in the past three months.” “If they need to hike fast, they will. There is a high degree of variability that could result in more than four hikes — or less — dependent on whether inflation is slower during the second half of the year. The Fed is showing urgency and being flexible.”

“The Fed will have to respond by taking interest rates above neutral well before the end of 2024.”

On China’s property woes continuing into 2022

“I think the worst might be yet to come.” “A lot will depend on what the Chinese government does in terms of liquidity measures… But it has been four months already so I don’t know what they would be waiting for.”
Kington Lin, managing director of the asset management department at Canfield Securities Limited
“It’s going to be the peak of repayment period and we’ll see more developers default.” “The market is watching how many SOEs (state-owned enterprises) will get more M&A loans to help the developers in distress.” 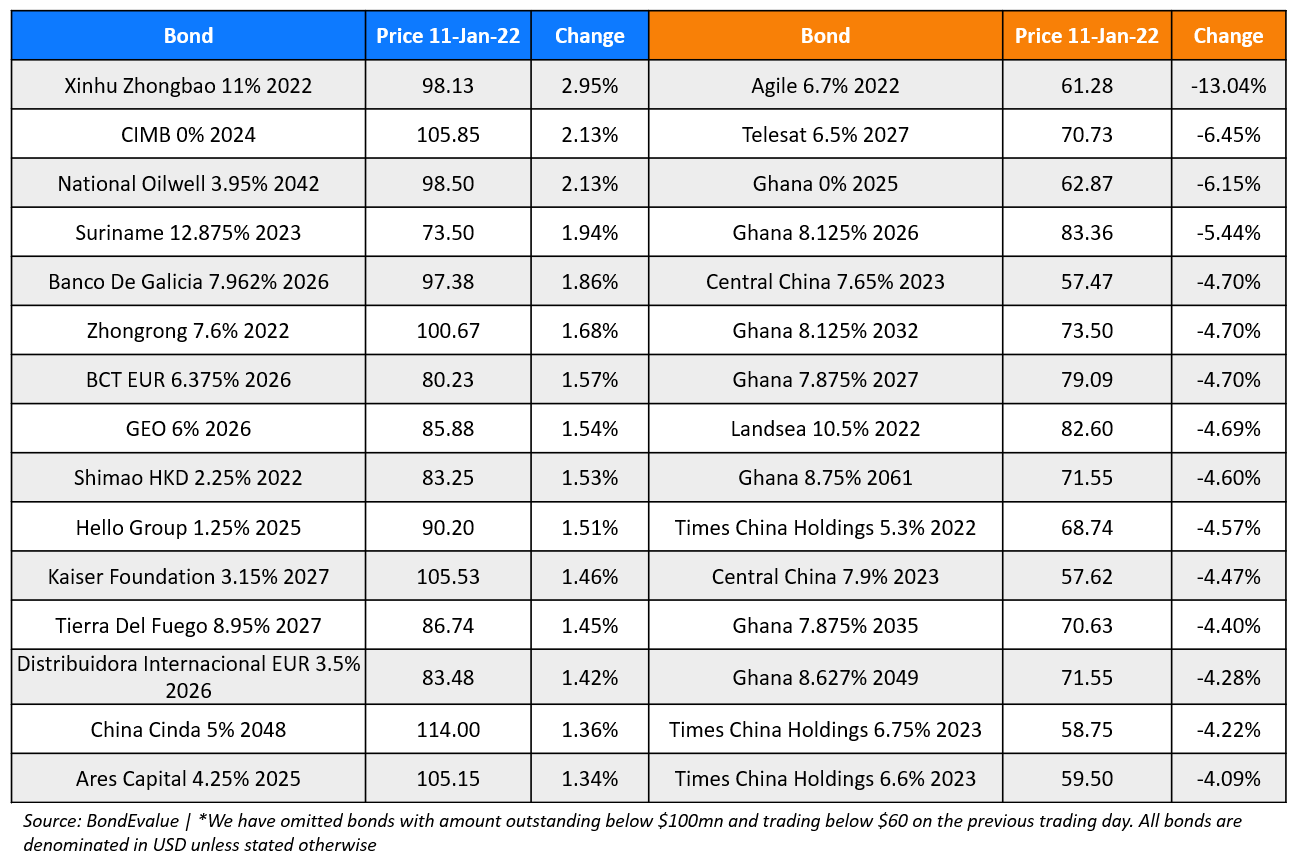