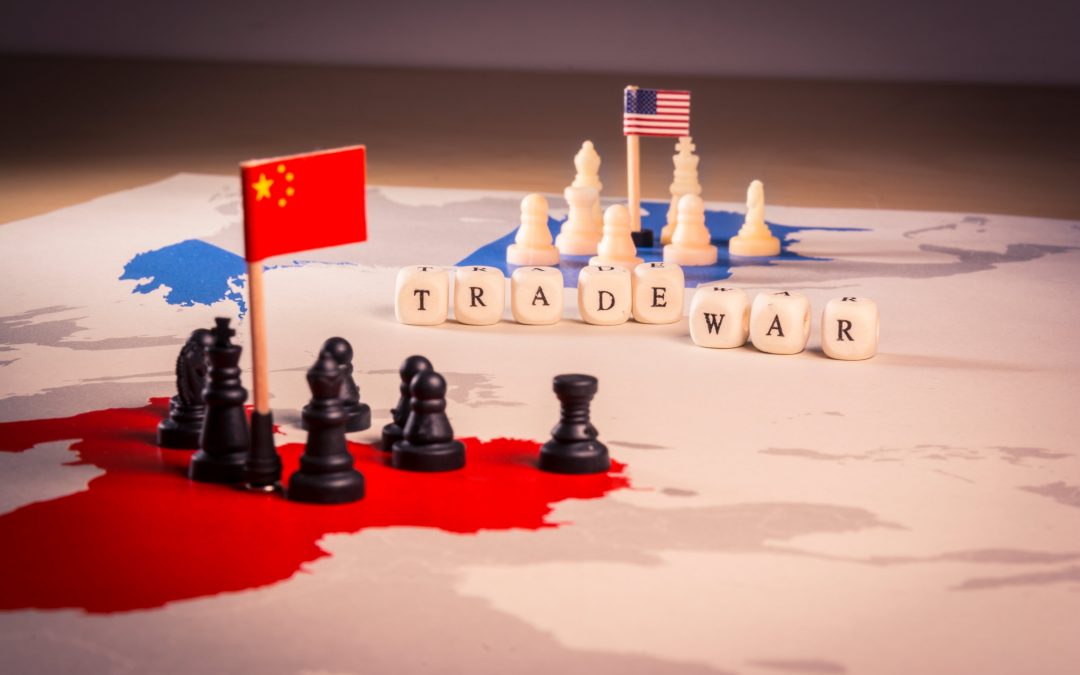 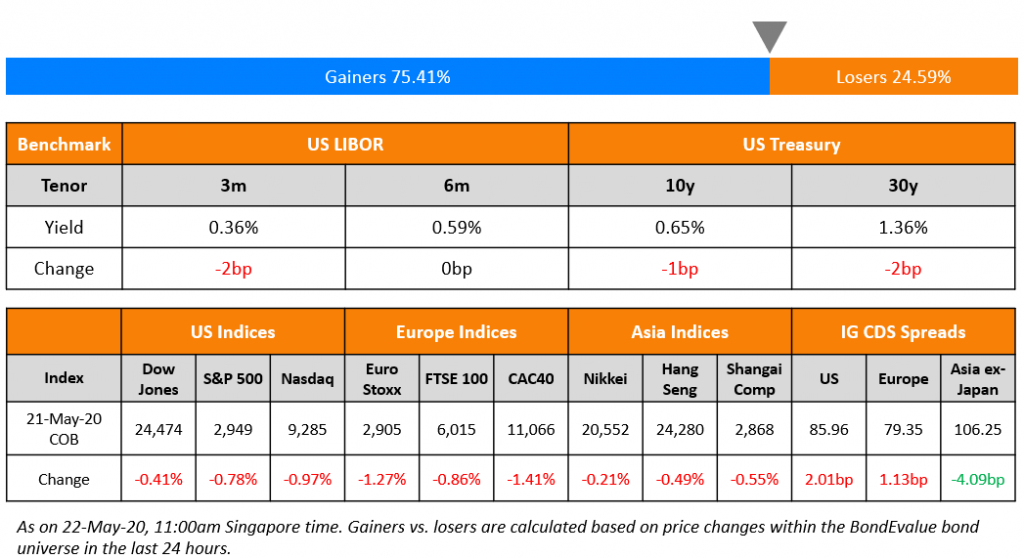 Markets turned sour as US-China tensions escalated with ongoing disputes over China’s adherence to phase one of the trade deal, White House criticism of Beijing’s handling of the virus outbreak, and President Trump’s condemnation of new security laws in Hong Kong. Investors see little chance of de-escalation with Trump warning that the US would react strongly to the intended move by China to impose stringent security legislation in response to Hong Kong’s pro democracy protests last year. To add to all this, the US Senate overwhelmingly approved legislation on Wednesday that could lead to Chinese companies such as Alibaba Group Holding Ltd. and Baidu Inc. being barred from listing on U.S. stock exchanges. US and European equity markets declined from their two month highs overnight and Asian markets are opening softer. US and European IG CDS spreads widened a bit while Asia ex-Japan IG CDS spreads tightened by 4bp from yesterday’s close and by 42bp since the start of April, as can be seen in the chart below. 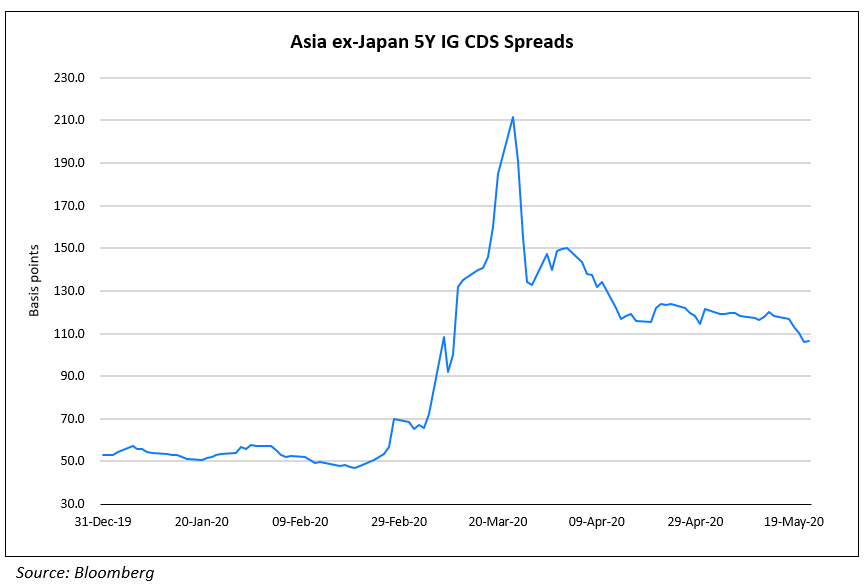 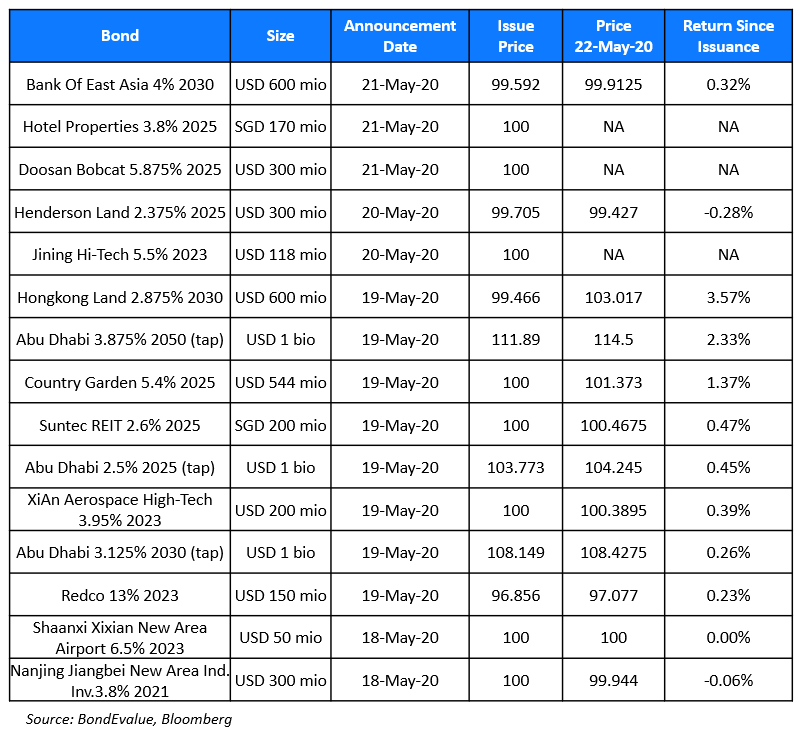 Hong Kong based lender Bank of East Asia, rated A-/A3, raised $600mn via 10Y non-call five-year bonds. The bonds were priced to yield 4.091%, 375bp over Treasuries and 50bp inside initial guidance of T+425bp area. According to IFR, orderbook reached $5.1bn at the time of final guidance, which is 8.5x issue size.

The bill, which seeks to delist Chinese companies from US exchanges has been passed overwhelmingly by the US Senate. The bill was introduced by Senator Kennedy and Chris Hollen on allegations of lack of disclosure of financials. Chinese companies are not required to be audited by US regulators as per Chinese law. US pension funds and college endowments seeking high return on investments are big investors in the Chinese corporations. This renews tensions of the ongoing trade war between the two largest economies. The two countries have applied economic sanctions on each other and blamed each other over the ongoing pandemic. US Senate has also passed a bill to sanction Chinese officials over human rights abuses against Muslim minorities.

There are more than 150 Chinese companies with a total market cap of $1.2 trillion listed on the US exchanges. The stock of companies including Alibaba and Baidu dropped after the news while bond prices remained stable. The bill has to be further passed by the congress and approved by President Trump to become a law.

According to a statement by the Italian Treasury on Thursday, it raised €22.3bn for a 5Y inflation-linked bond called “BTP Italia”. The proceeds of the sale are expected to be used to bolster the country’s economy against the pandemic impact. The bulk of the bonds were bought by retail investors, totaling €14bn (63% of the issue). Institutional investors purchased €8.3bn worth of the bonds, 37% of the issue size. This signals the positive sentiment among the people of Italy on the back of ECB’s COVID-19 recovery fund.

In March, institutional investors had reduced their holding of Italian sovereign bonds. Fitch had lowered Italy’s credit rating to the lowest investment grade of BBB- in April.

Australia’s Sovereign Outlook Lowered to Negative, Maldives Downgraded to B3

Amid one of the deepest recession being faced by Australia, Fitch lowered its outlook for Australia to negative from stable while maintaining the strongest investment grade rating of AAA. This was based on a forecast which predicted the A$2tn economy to shrink by 5% this year. S&P had taken a similar action last month. Australia has an infection rate much lower than other comparable economies and is proactively announcing fiscal stimulus packages.

Moody’s downgraded Maldives’ rating to B3 while maintaining a negative outlook. The downgrade is based on the shock effect to the tourism industry due to the pandemic. The negative outlook indicates existing risks and likelihood of future downgrades. According to Moody’s forecast, the economic activity of the country is expected to contract by over 10% during the current year. Maldives’ 7% bonds due 2022 have fallen by ~20 points since the start of March and ~10 points since the start of April. 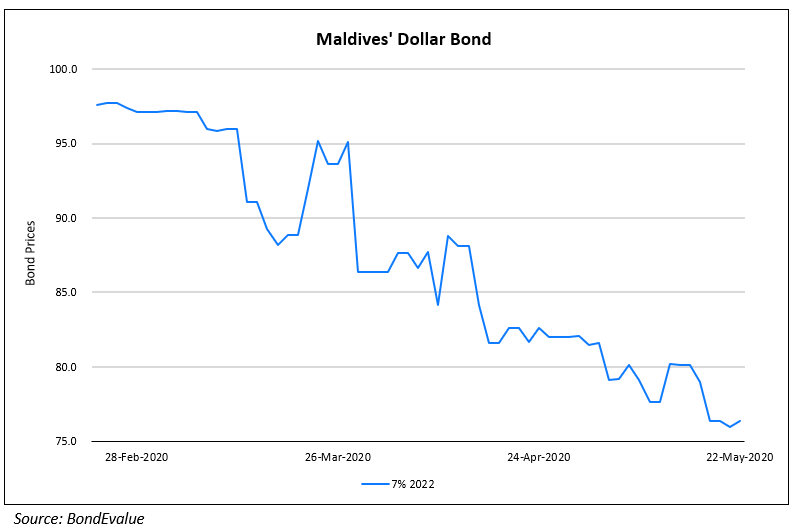 Fed Has Bought $1.8bn of Corporate Bonds so Far

The Fed’s holdings of corporate bonds stands at $1.80bn according to its balance sheet published on May 21, up by $1.50bn since May 13. These purchases are part of the Fed’s Secondary Market Corporate Credit Facility, which includes outright purchases of bonds as well as ETFs that hold junk bonds. The balance sheet indicates that the Fed’s total assets stand at $7.04tn, up by $103.03bn since May 13 and by $3.18tn since May 19, 2019.

American fashion retailer L Brands reported quarterly earnings, which show Bath & Body Works as a silver lining amid the negative impact of the pandemic. Bath & Body Works, which is owned by L Brands posted a 20% increase in comparable sales at its stores in the period before lockdown was imposed on Mar 17. Digital purchases at the scented soap and glittery sanitizer maker almost doubled to $289mn as compared to the same period last year, indicating that consumers rushed to buy its soaps and sanitizers amid the pandemic. The earnings were in stark contrast to Victoria’s Secret’s, which is also owned by L Brands. Victoria’s Secret reported a 15% drop in same-store sales. The news seems to have cheered bondholders as the parent’s bonds were up 6-7 points on Thursday. 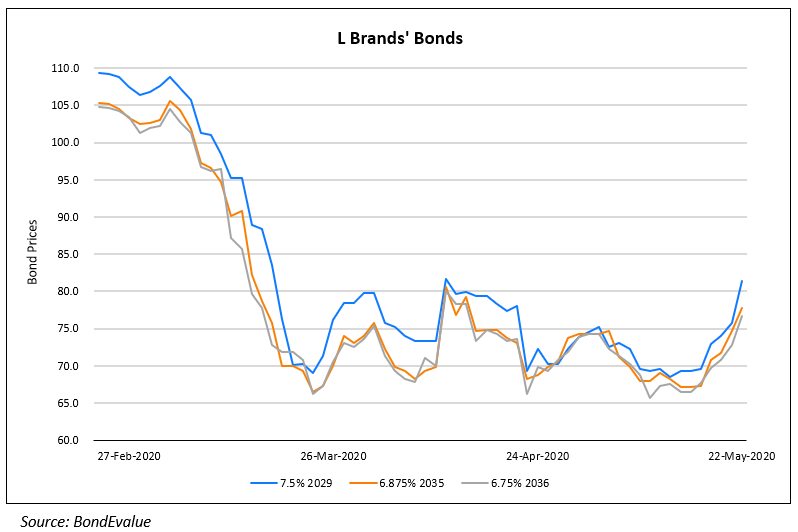 McLaren & Its Bondholders Fight Over Claims to Its Vintage Cars

UK-based sports car maker McLaren plans to raise emergency funding via a new bond deal of at least £250mn, and has hired JPMorgan to manage the deal, according to the Financial Times. The proposed deal requires McLaren to mortgage its headquarters in Surrey and its valuable collection of “heritage cars” to the new lenders. However, holders of its £575mn bond issued in 2017 are objecting to the new deal as they argue that the heritage cars have already been pledged to them. The bondholders have hired US law firm Paul Hastings to fight the new fundraising proposal, and have accused McLaren of pulling a “J Crew trapdoor”, referring to a move by the retailer’s private equity shareholder TPG in 2016 when it stripped out J Crew’s intellectual property assets into another shell company. According to McLaren’s 2017 bond documents, the debt will not be secured against the classic car collection, valued at £170mn, but suggests that they would be pledged to the bondholders in the future. The company, which owns a Formula One race team, has been under financial stress given the pandemic’s impact on demand for new cars and uncertainty over this year’s racing season. McLaren’s 5.75% USD bonds due 2022 and 5% GBP bonds due 2022 have fallen by 10-11 points since May 1 to trade at 55.4 and 58.3 per 100 of principal respectively.

We have compiled a list of fallen angels based on the holdings of the iShares Fallen Angels USD ETF. 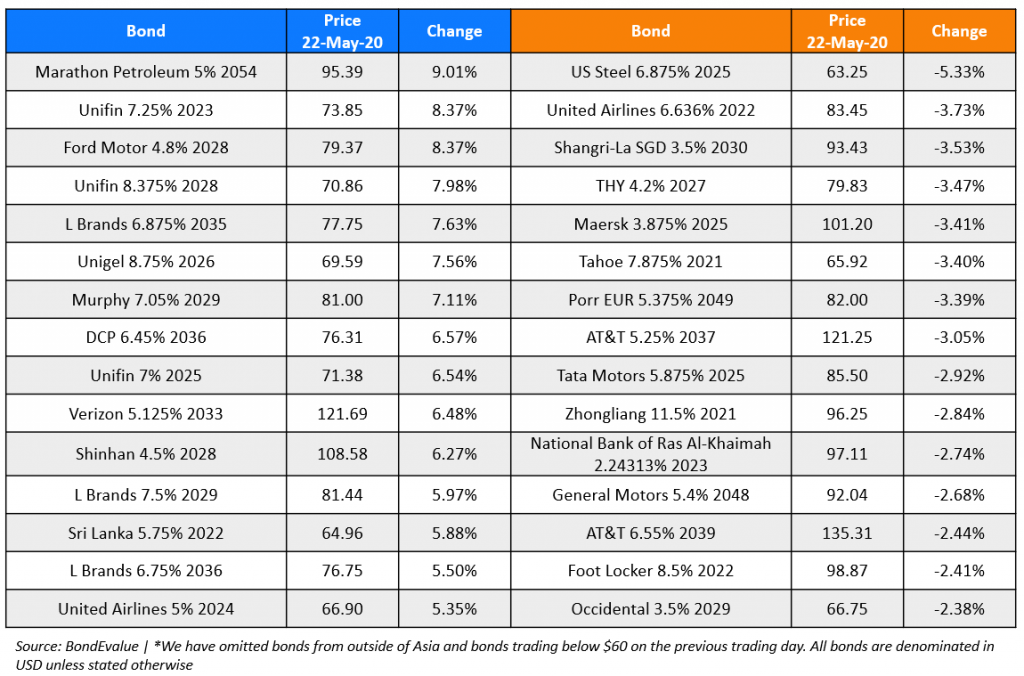