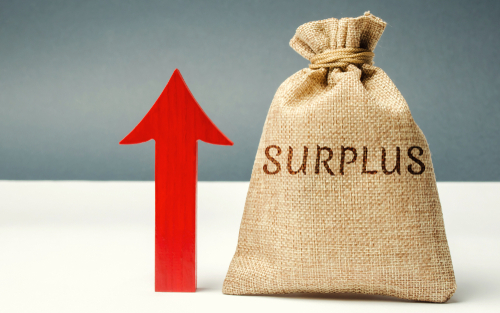 Benefiting from increasing oil prices, Bahrain posted a 52% spike in revenues contributing to a budget surplus of $88mn in H1 2022. This is despite it being the smallest oil producer in the Gulf region. Bloomberg notes that this is a positive reversal from its $1.38bn deficit reported in 2021 even though there was a slight 2% increase in government expenditure to $4.4bn. The Bahrain government remains committed to balancing their budget by 2024.

Higher-rated neighbor Saudi Arabia also profited from surging oil prices, managing to double its oil income in Q2 2022 and en route to achieving its first fiscal surplus in 10 years. State-backed oil producer Aramco contributed $65bn to the government’s budget, compared to just $35bn in 2021. Bloomberg notes that analysts are expecting an increase in its dividend payout later in the year. Aarthi Chandrasekaran, director of investments at Shuaa Asset Management said, “They probably will up the dividends in the second half…With Aramco likely to reduce gearing to its 5% target by the fourth quarter, they might open up the taps for the dividend.”