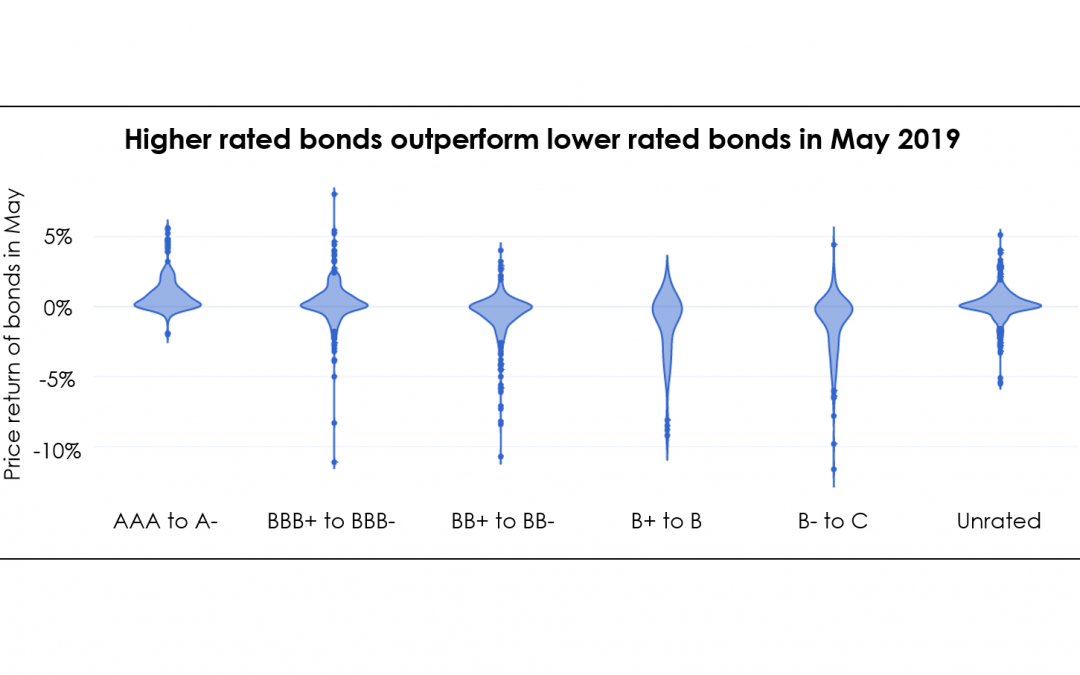 The month of May was characterized by heightened trade tensions between US and China, as both superpowers failed to arrive at an agreement during trade talks held in Washington. The escalation in geopolitical risk spooked global markets as investors took flight to safety, pushing benchmark bond yields lower. 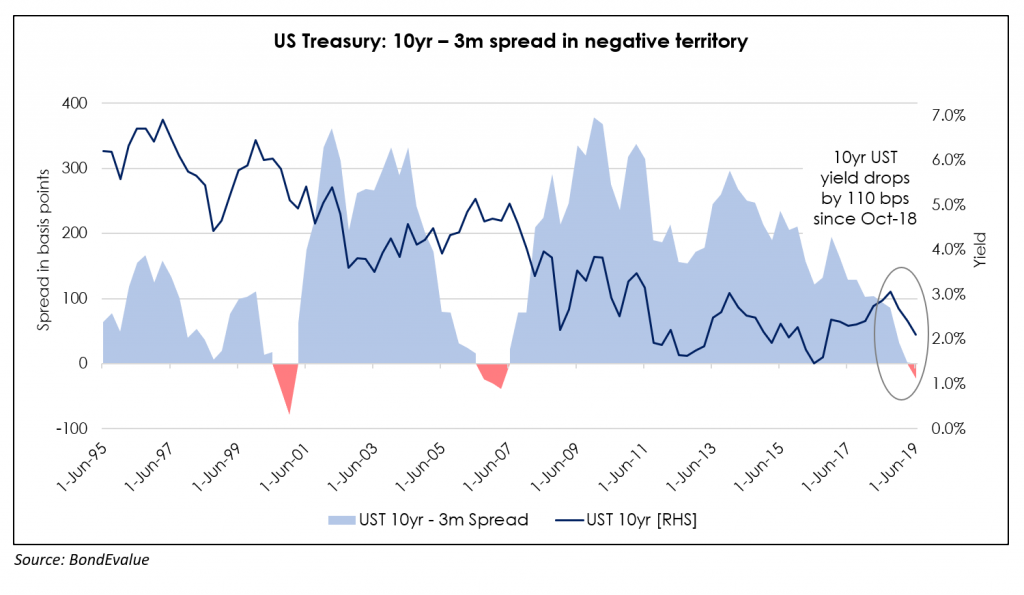 As can be seen, and highlighted by us a few months back, an inverted yield curve has preceded the financial crisis of 2007, the dot-com bubble in 2001 and the early 1990s recession. This explains the cause of concern for investors today and why they have been flocking towards safer assets over the world.

The slump in global benchmark bond yields has put pressure on central banks to cut interest rates in the hopes of reviving economic growth and inflation. 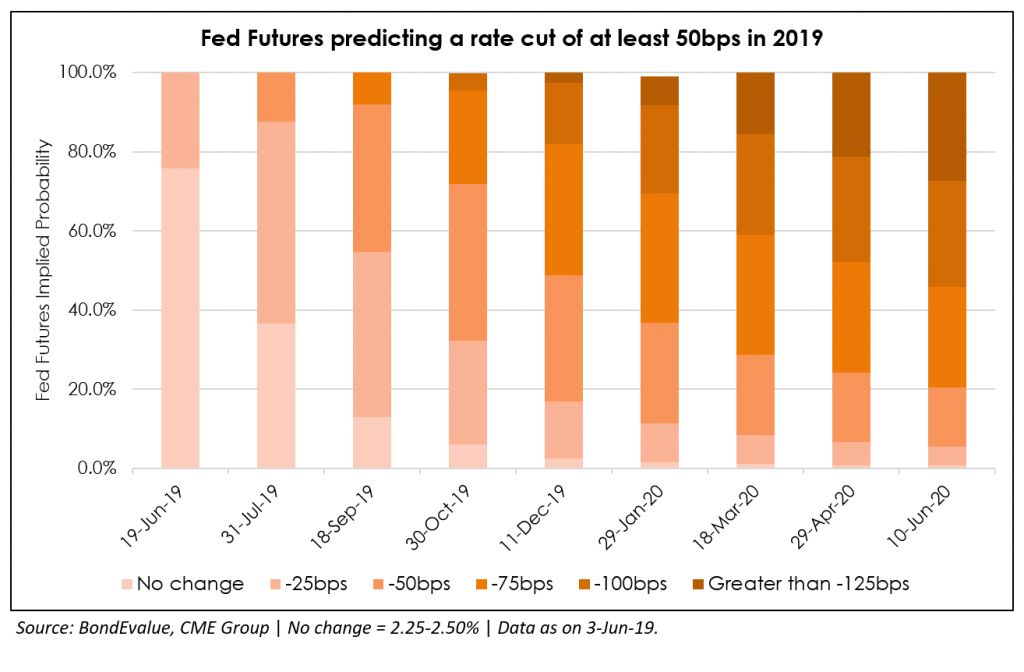 Price Return in May – Flight to Safety

Of the bonds in the BEV universe, 51% yielded a positive price return while 49% delivered a negative price return in May. In the violin chart below, we have plotted the price returns vs. bond ratings, with each point or dot representing a bond.

We can see that most bonds rated AAA to A- had a positive price return in May. In contrast, bonds rated BB+ to BB-, B+ to B and B- to C all had more bonds with a negative return than with a positive return, especially when looking at bonds that returned -5% and lower.

In Pursuit of Yields 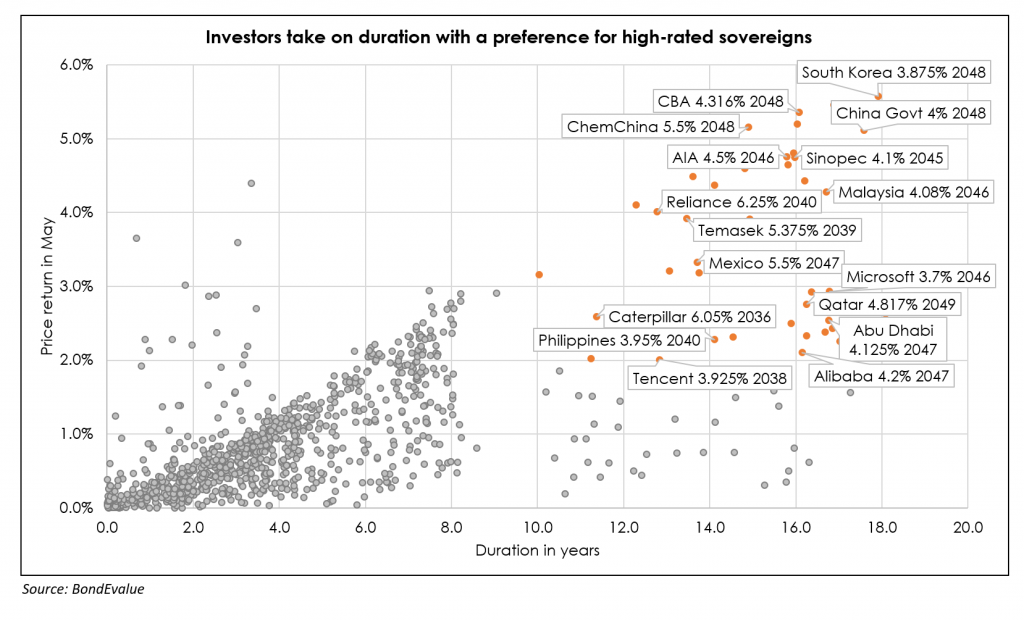 This indicates that investors took on duration risk in pursuit of yields, albeit with lower perceived credit risk given the preference for sovereigns and higher rated corporates.

Macau casino operator MGM China raised $1.5 billion split equally between two tranches with maturities in 2024 and 2026. The bonds, rated BB- by S&P, traded up in secondary markets returning over 2% since issuance.

Hong Kong received an overwhelming response for its first ever green bond sale, with orders exceeding $4 billion for the $1 billion 5% USD-denominated bond maturing in 2024. The bond was issued as part of Hong Kong’s HK$100 billion green bond program. 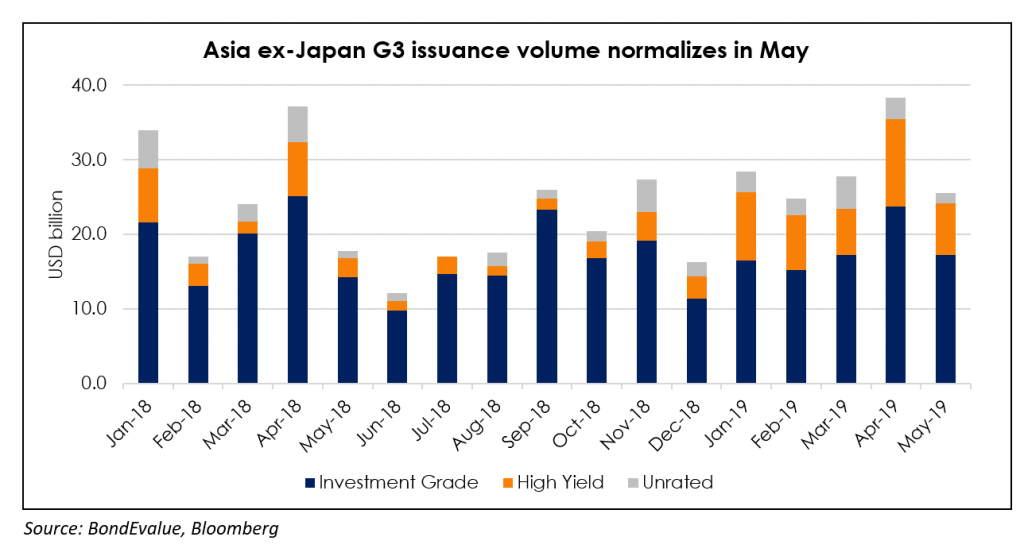 Largest Deals in May 2019* (ranked by performance) 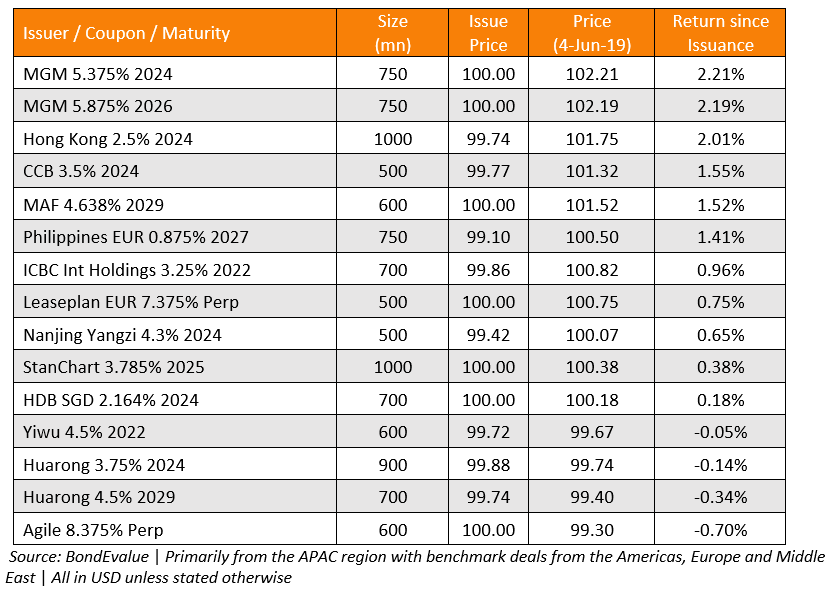 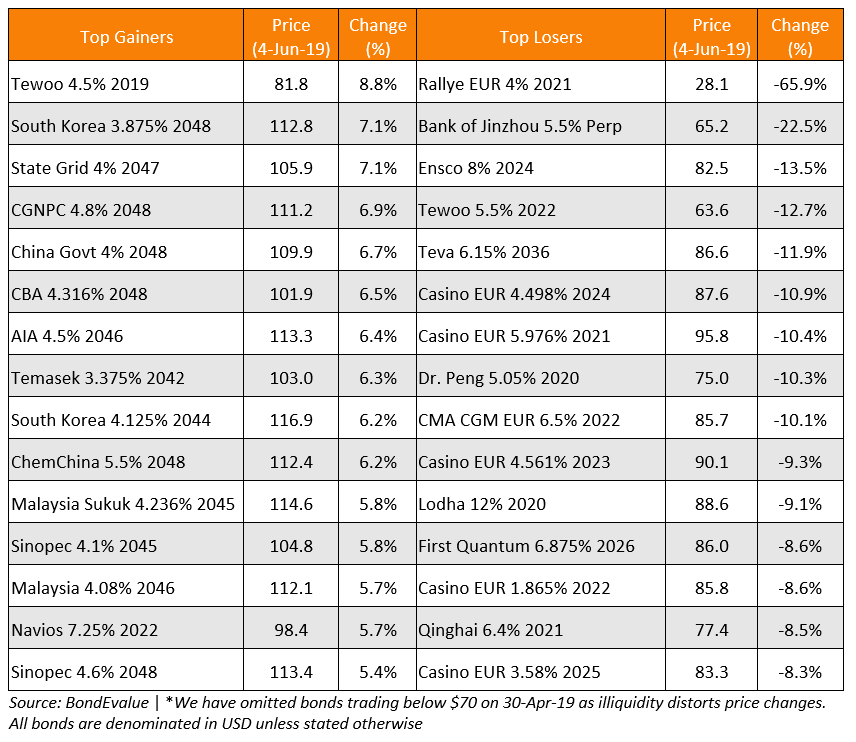 As seen in the scatter plot earlier, high-quality corporates and sovereigns outperformed in price terms in May.

Rallye, parent of French retailer Casino, entered bankruptcy protection of the French courts in a bid to freeze its debt and avoid bankruptcy for up to 18 months. The company’s bonds tanked on the news with Rallye’s 4% 2021 bonds losing over 50 percentage points to trade at 28 cents on the Euro.

Hong Kong listed Bank of Jinzhou’s perpetual bonds dropped to 65 cents on the dollar on news of its auditor Ernst & Young resigning after it found out that some of the loans to institutional customers were not used for the stated purpose. This comes just days after the Chinese banking regulator took control over Inner Mongolia based Baoshang Bank on account of “serious credit risks”.