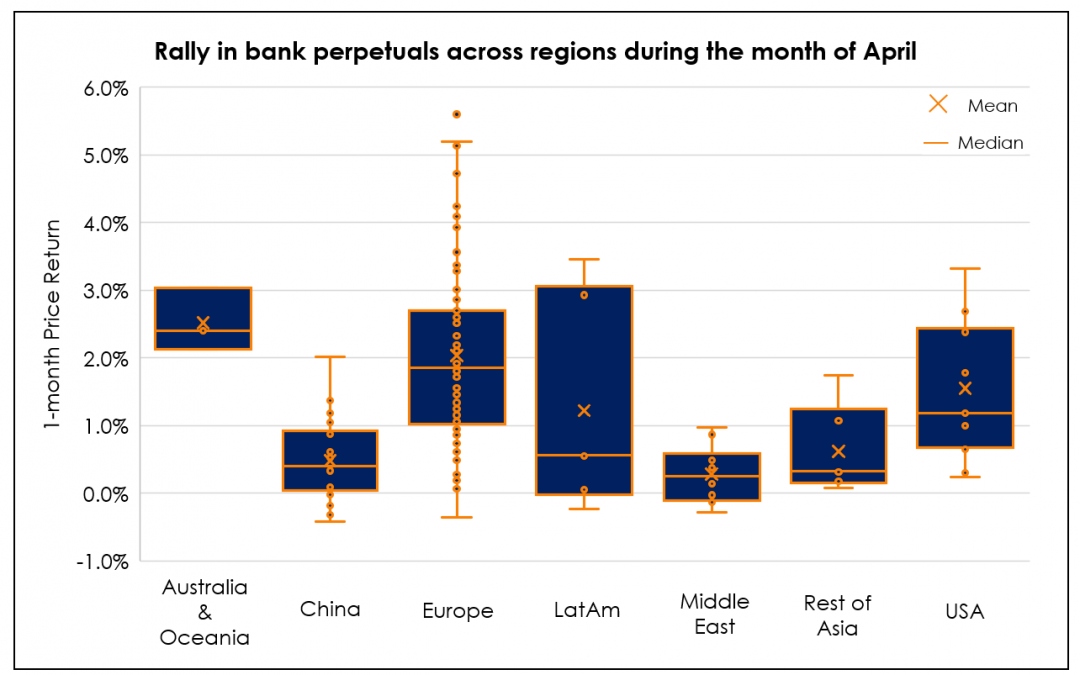 April was a month of cooling off for the Asian bond market after a strong first quarter characterized by dovish Fed commentary, booming bond prices and falling credit spreads. Mark-to-market gains (ex-coupon) for USD denominated bonds in the BEV universe stood at $4.7 billion, modest compared to $75.4 billion in the first three months of 2019 as reported by us last month.

The 10-year Treasury yield remained rangebound, ending the month 9 basis points higher at 2.5%. Credit spreads, as measured by the Markit iTraxx Asia ex-Japan Investment Grade index, dropped to pre-financial crisis levels of ~63 basis points before rising back to 70 basis points in the first week of May.

As can be seen in the chart above, bank perpetual bonds rallied in price terms across regions in April. Spanish bank Santander led the rally with its Euro denominated 4.75% and 5.25% perpetuals up over 5%.

Source: BondEvalue | Primarily from the APAC region with benchmark deals from the Americas, Europe and Middle East | All in USD unless stated otherwise 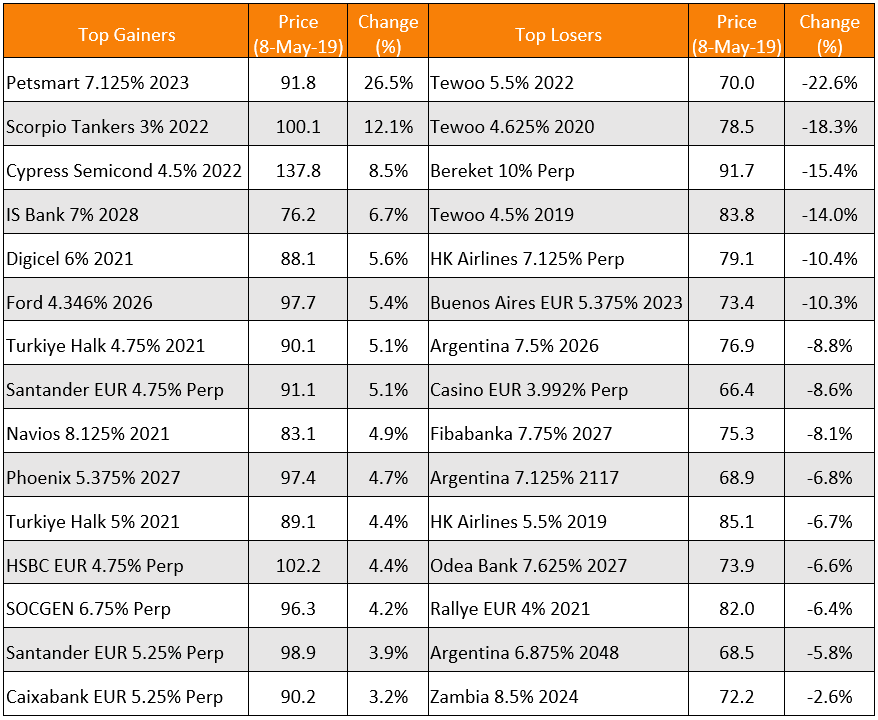 Source: BondEvalue | *We have omitted bonds trading below $70 on 28-Feb-19 as illiquidity distorts price changes. All bonds are denominated in USD unless stated otherwise

HNA Group’s Hong Kong Airlines’ bonds suffered as two groups within the conglomerate fight for control of the beleaguered airline. In a shareholder meeting last month, management revealed that the airline needs an infusion of at least HK$2 billion or it stands to lose its operating license. The airline lost HK$3 billion in 2018.