Carnival Extends Cruise Suspensions in US, Europe and Australia 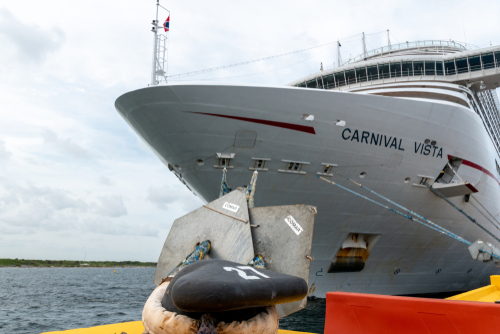 Cruise operator Carnival Corp cannot seem to catch a break as it has announced an extended suspension on US cruise departures till the end of April and has cancelled Australian operations till mid May on the back of rising Covid-19 cases. The world’s largest cruise operator has also cancelled its European cruises on its Carnival Legend vessel, which were scheduled for May-October. Christine Duffy, Carnival Cruise Line’s President said that it would “take a while longer” before customers would be able to sail again but that she was “heartened by the booking demand and activity we continue to see”. Carnival is offering customers credits that can be used for future cruises or full refunds, which may cause a further strain on the company’s finances. Carnival had reported in July last year that it was burning $650mn/month on operating expenses, interest payments and capital spending. The company has resorted to debt and asset sales to shore up liquidity with its last bond offering in November when it raised ~$2bn via dollar and euro denominated bond deals that were timed well to capitalize on the positive sentiment about the Covid-19 vaccine.

While its 7.625% bonds due 2026 that were issued in November have rallied since issuance at 100, they are trading slightly lower this morning to 106.5. The higher yield offered on Carnival’s bonds have led them to trade well above par as investors’ hunt for yield continues.