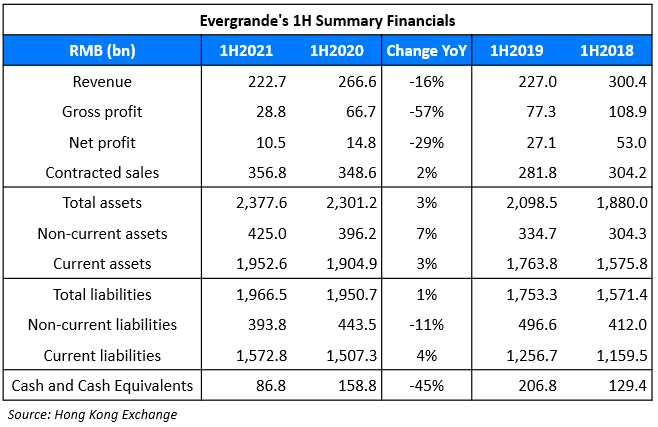 Troubled China Evergrande Group warned that “it has risks of default and cases of litigation outside its normal business” in its 1H2021 earnings release. The property developer acknowledged that negative reports adversely affected its liquidity, which led to delays in payment to suppliers and of construction fees in its property development business, consequently leading to stoppage of certain projects. The group said that it was negotiating with suppliers and warned that “If the relevant projects do not resume work, there may be risks of impairment on the projects and impact on the Group’s liquidity.”