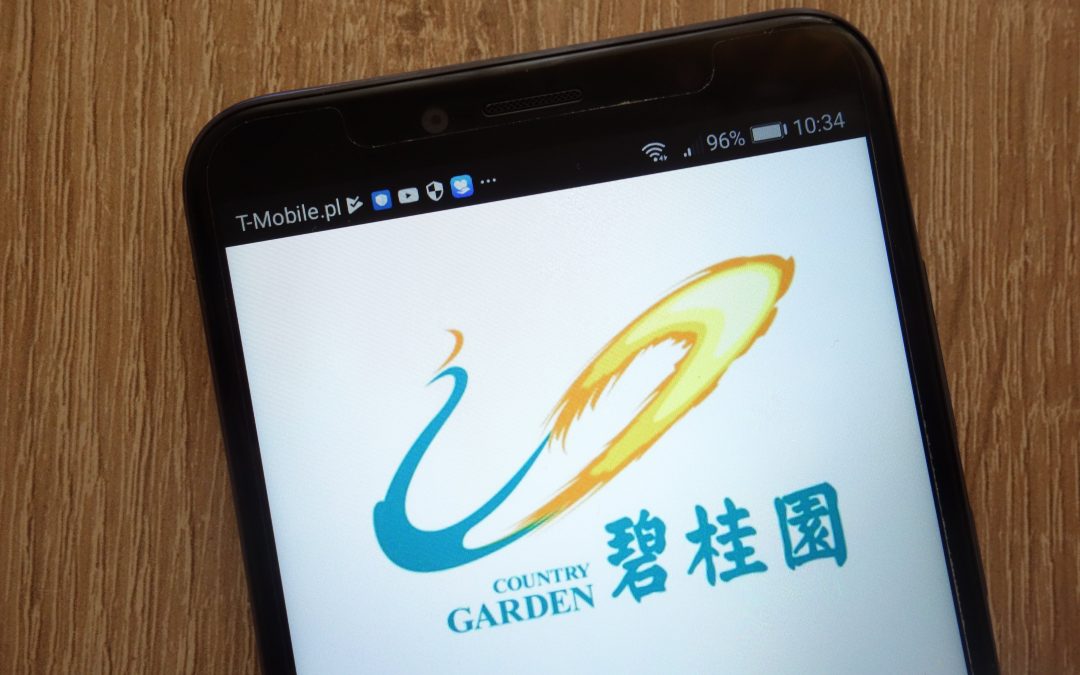 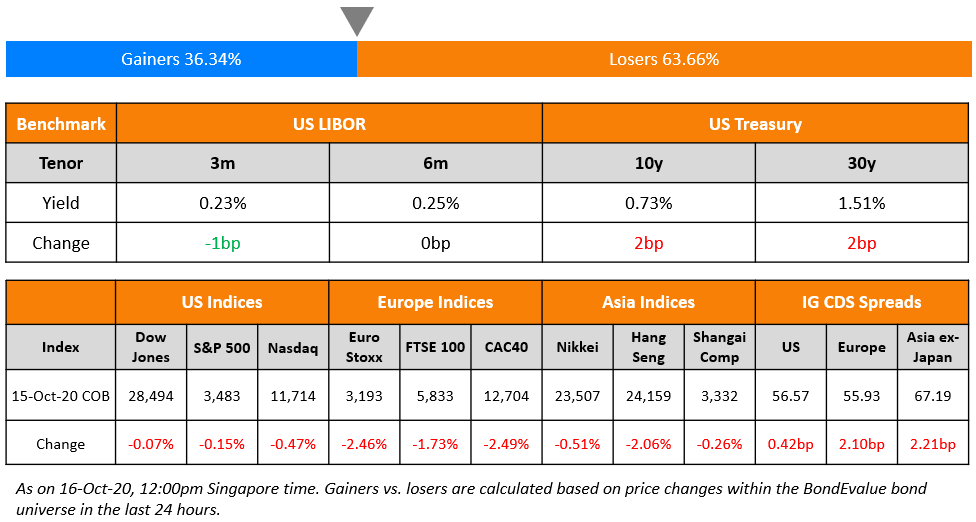 US equities recovered early losses (1% down) with S&P ending 0.15% lower – financials and energy were higher by ~1% while healthcare and IT were down ~0.5%. Morgan Stanley topped estimates with profits up 25% helping the stock weather weakness in the broader market early on. Initial Jobless Claims printed at 898k for the week ended October 10, a 53k increase over the prior week and much higher than expectations adding to a risk-off tone. US 10Y Treasury yields fell initially but recovered to end 2bp higher. German Bund yields fell over 5bp to below -0.6% (seven month low) attributing to haven buying on increased Covid cases in Europe and France’s curfew. US IG and HY CDS spreads widened 0.4bp and 1bp while Europe IG and Crossover CDS spreads were wider by 2bp and 10bp – the latter wider ~30bp in three days. Asian markets are flat today with Asia ex-Japan CDS spreads wider by 2bp.

Back on popular demand, our masterclass on Bond Valuation & Risk will take place next Thursday, October 22 at 7pm Singapore/HK. Sign up to learn more about the factors that impact bond prices and risks to bond investing. 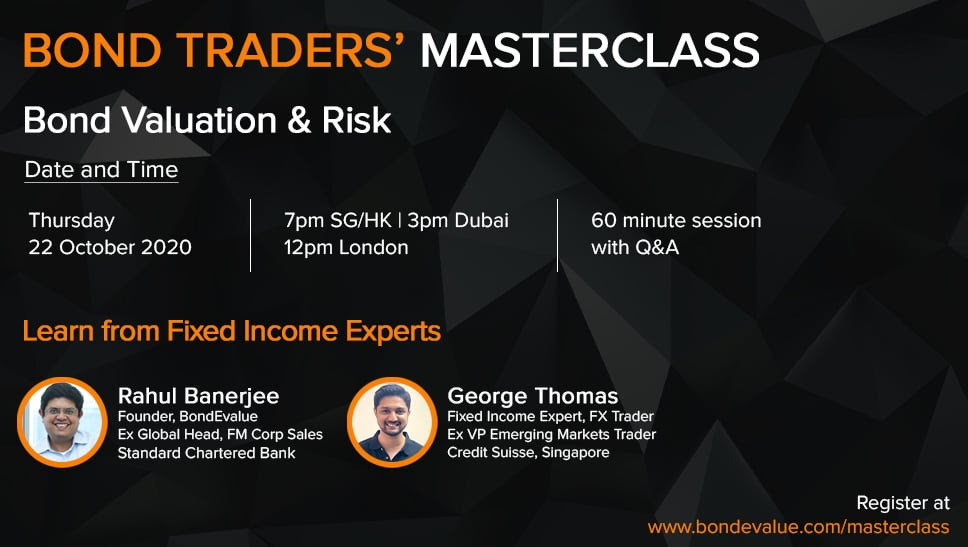 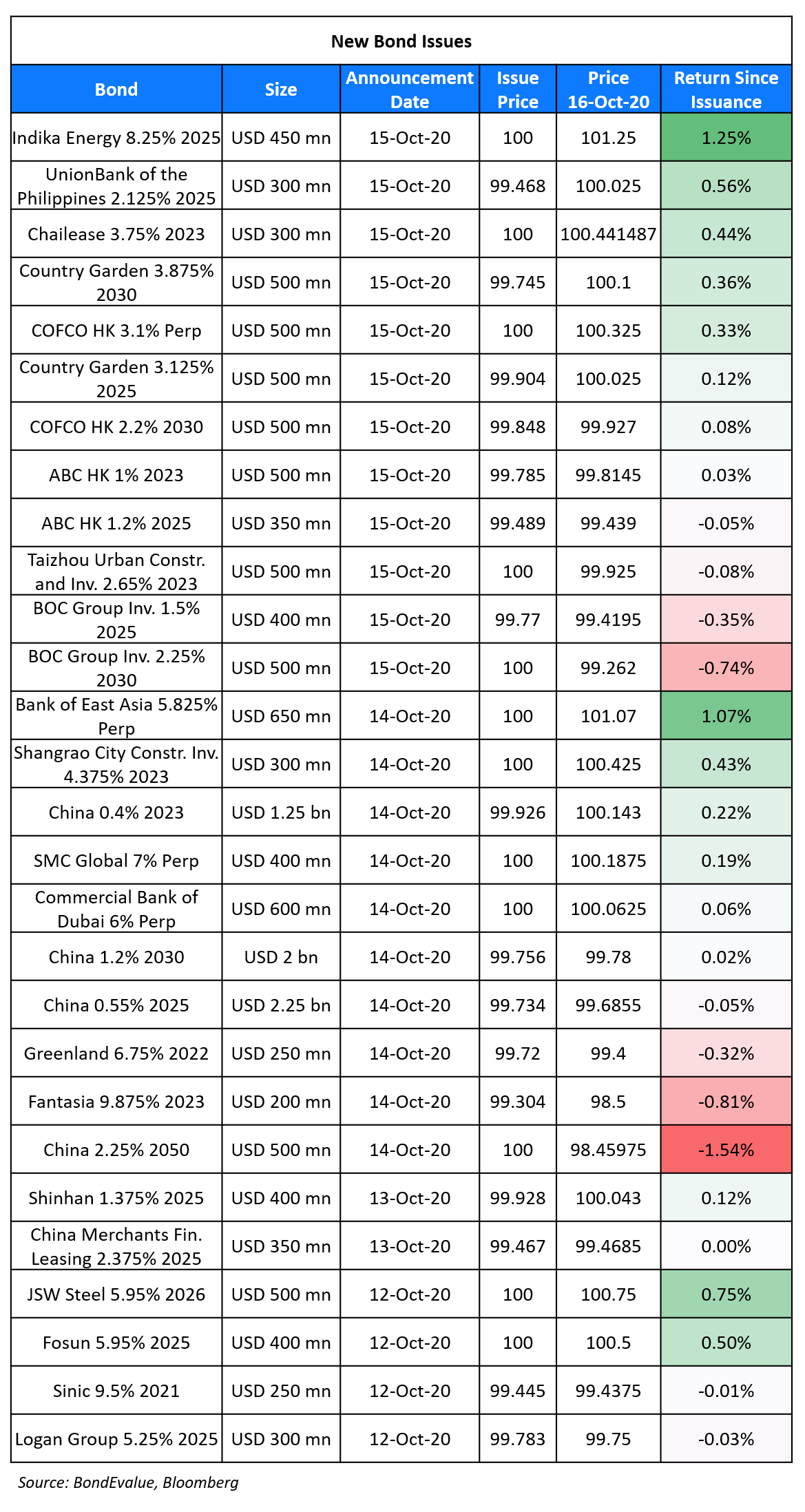 COFCO, the largest food processor/manufacturer in China, raised $1bn via a dual tranche issuance. The state-owned company raised $500mn via 10Y bonds at a yield of 2.217%, 150bp over Treasuries and 40bp inside initial guidance of T+190bp area. It also raised $500mn via Perpetual non-call 5Y (PerpNC5) bonds at a yield of 3.1%, also 40bp inside initial guidance of 3.5% area. The 10Y and PerpNC5 bonds are expected to be rated A-/A and Baa1 respectively. COFCO’s new bonds, issued by Blossom Joy Limited and guaranteed by COFCO (Hong Kong), received combined orders of $6.8bn at the time of final guidance, 6.8x issue size. The perpetuals carry a 300bp coupon step up if not called on the first call date and a dividend stopper.

China Merchants Port Holdings raised $200mn via a tap of its $400mn 3.5% Perpetual non-call 3Y (PerpNC3) bonds issued this month to yield 3.35%, 10bp inside initial guidance of 3.45% area. This brings the total outstanding to $600mn. The bonds, rated Baa2, received orders over $600mn when final guidance was announced, 3x issue size. The tap offers a new issue premium of ~7bp over its initial listing which is trading at 3.28% currently on the secondary market.

Indika Energy raised $450mn via 5Y non-call 2Y bond (5NC2) Yankee bonds (Term of the day, explained below) to yield 8.25%, ~37bp inside the initial price guidance of 8.625% area. The bonds have an expected rating of Ba3/BB- inline with the parent guarantor. While the final orders for the deal were not available, it received orders over $1.5bn, 3.3x the issue size at the time of bookbuilding. There is a change of control put at 101. The proceeds of the new notes along with the proceeds of a proposed $200m syndicated loan facility, will be used to redeem the issuer’s 2022s and 2023s as well as to expand non-coal related businesses. The 2022s and 2023s have call dates in November this year. The new 2025s rallied on the secondary markets to 101.25 currently vs. an issue price of 100.

Fitch Downgrades Chile’s Ratings to A-; Revises Outlook to Stable

Fitch Revises Nitrogenmuvek’s Outlook to Positive; Affirms IDR at ‘B-‘

Rumors of a Merger between Credit Agricole and Banco BPM Emerge

Sources according to Reuters reported that Banco BPM and Credit Agricole signed a confidentiality agreement. Banco BPM and Credit Agricole are among the three largest banks in Italy and France by revenues and assets. Il Messaggero, the Italian newspaper reported that they were preparing to enter formal talks ahead of a possible share swap offer, mentioning that Banco BPM could represent 55-60% of the group. A person close to Banco BPM told Reuters that the Italian bank was exploring merger opportunities with all potential partners. It was reported that Banco BPM was looking for a deal after Intesa San Paolo took over UBI Banca in July this year, which increased the combined entity’s loan book to ~€450bn ($527bn) and ~€1.1tn ($1.29tn) in assets. Credit Agricole has a loan book of nearly €400bn ($468bn) with an asset base of €1.7tn ($2tn) while Banco BPM has a loan book of over €120bn ($140bn) and assets around ~€180bn ($211bn). A source said that talks between the banks focused on Agos, a consumer credit partnership (with Credit Agricole holding 61% and Banco BPM 39%) which they had planned to list after 2018. Credit Agricole’s EUR 4.25% and 4.5% Perps were down 0.79 and 0.74 points each to trade at 101.3 and 112 respectively.

Dana Gas has announced that it will repay its sukuk this month after it secured a $90mn corporate facility from Mashreq Bank. The loan is priced at 3% over the Libor and is provided for a period of one year and extendable by another four years. As of June end, the company had $366mn in cash and proceeds from the loan are sufficient for its $309mn repayment of the Nile Delta 4% sukuk due at the end of this month maturing this month and a $72mn of non-recourse project debt at related company Pearl Petroleum. The repayment of the loan is likely to be made from proceeds of the sale from its Egyptian assets.

The sukuk had undergone a restructuring in 2018 through an out-of-court settlement between Dana Gas and its creditors after Dana Gas had filed a litigation with the UAE courts claiming that the sukuk was unlawful and unenforceable as it did not comply with Sharia law. In July the company had appointed an investment bank in relation to the sukuk and had bought back $70mn worth of the instrument in August. The price of the sukuk dropped to ~84 cents on the dollar in August and stabilised in the range of ~94 cents on the dollar in September. After the confirmation of repayment, the sukuk price has moved up ~4 points to ~99.4 cents on the dollar, closer to its par value. 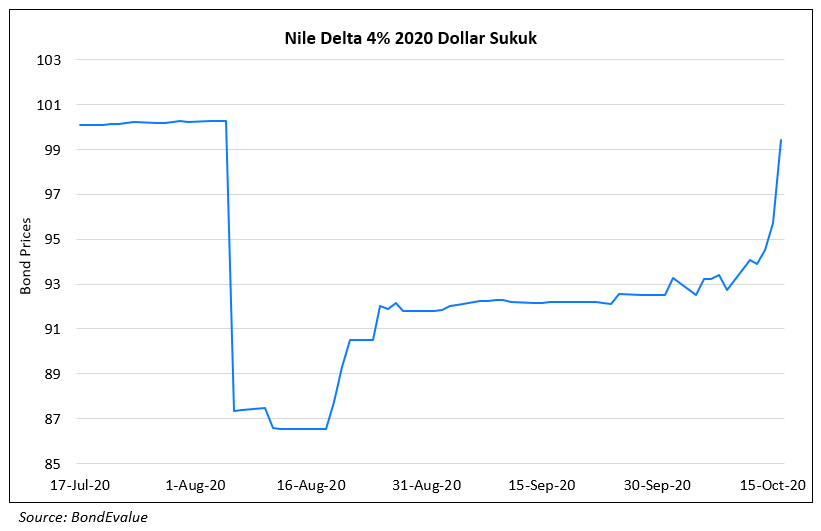 These are dollar denominated bonds issued by foreign entities in the US. Yankee bonds have to be registered with the Securities and Exchange Commission. One of the reasons for a foreign issuer to raise funds via Yankee bonds is to secure a lower cost of borrowing when interest rates are lower in the US vs. the foreign issuers home market. Dollar denominated bonds issued by foreign entities outside the US are called eurodollar bonds.

“The euro area economy will continue to be supported by very accommodative monetary and fiscal policies along with an expected gradual resumption in global activity,” she said. “We continue to stand ready to adjust all of our instruments, as appropriate.”

There have “been a record four sovereign defaults in 2020. We expect Zambia to become the fifth following its ‘consent solicitation’ on deferring interest payments on Eurobonds until after March 2021,” said Parker.

“The deal was launched in a favourable market window despite geopolitical uncertainty ahead,” said Fischer. “The market optimism added to a successful transaction, which already had gathered a lot of early investor interest.”

“With China’s economy quickly recovering, the issuance offered an opportunity for China to showcase yet again its robust policymaking and exceptional macroeconomic performance,” said Leggett. “The final pricing and size of the order book underscore China’s leading role in not only the financial markets but also the broader global economy.”

“It’s just going to be too difficult to replace the 2 million barrels a day of production that we’ve lost, and then to further grow beyond that,” said Hollub. “Over the next three to four years there’s going to be moderate restoration of production, but not at high growth.”

“You have high nominal yield, potential to generate returns in an environment where rates are pretty low globally, and a portfolio diversification,” he added. “When you look across that whole spectrum, you can build a fairly diversified portfolio with pretty reasonable income and at the same time not really taking a lot of idiosyncratic risk,” he said.

On the valuations of investment-grade bonds soaring amid central bank interventions – Alexander Onica, a portfolio manager at Skandia

“Market forces have been put out of play,” Onica said. “Investors have bought into the central bank’s confidence and there’s no downside.” Onica says the selloff was “quite unique, something that only happens every seven to eight years,” and it prompted his team to set up “a number of new mandates for credits going down to BB,” the highest rating bracket of junk bonds.

“The fact that quantitative easing is still working is based on the market having confidence in central banks’ actions. Should they lose that confidence, it doesn’t matter how much QE you roll out.”

On the warning that Sri Lanka cannot alienate other creditors and solve debt with only China – Harsha de Silva, Sri Lanka opposition legislator

“Countries don’t do that,” he said. “The belief I always have is that we cannot develop the local economy by building a wall around Sri Lanka. If we want to develop the local economy we have build bridges from Sri Lanka. If we had our government this problem won’t come to the point where it had come now, because we know how to take it forward in a friendly manner with the international community.” 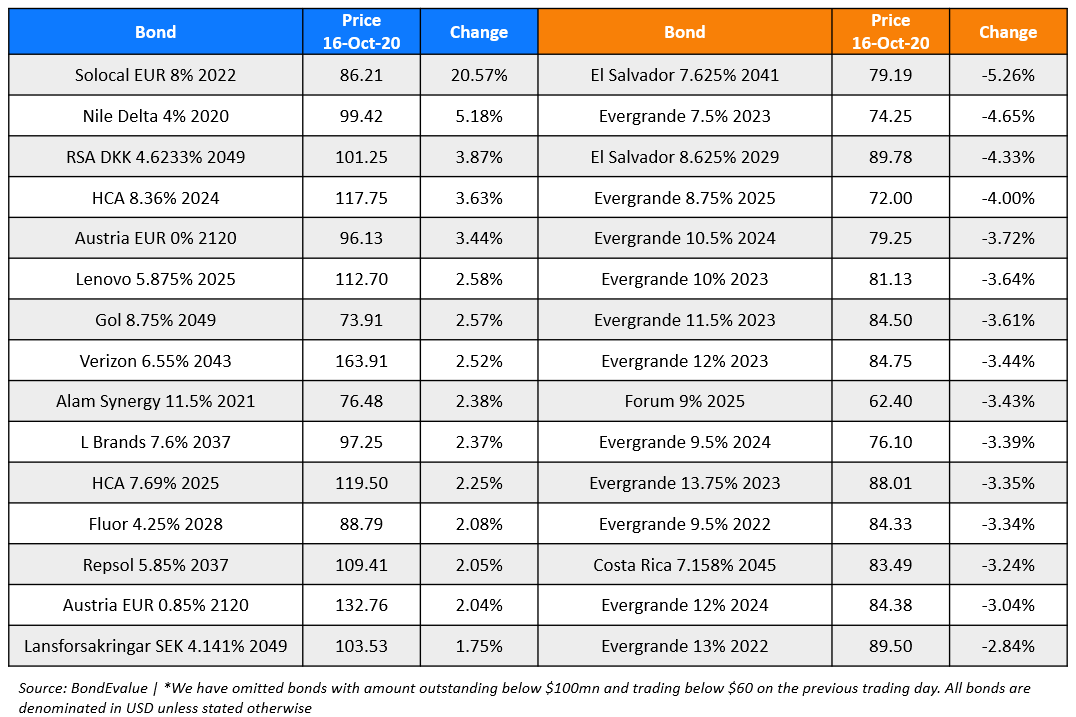