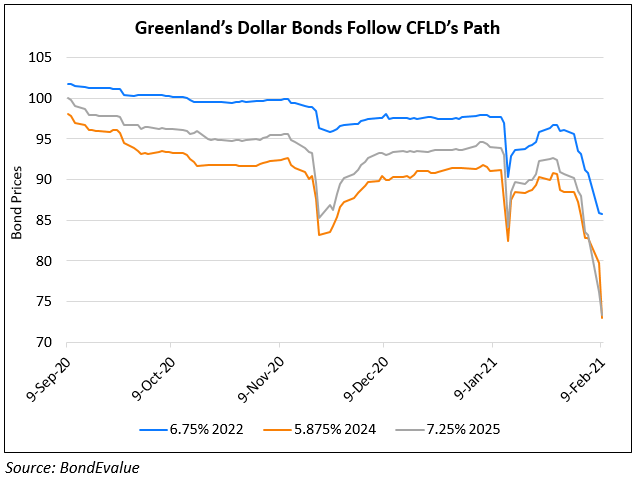 Dollar Bonds of Chinese high yield property developers fell on Monday with spreads on dollar bonds of Greenland Holdings and Fantasia widening. Greenland, whose bonds have been hit since liquidity concerns over China Fortune Land Development (CFLD), saw its bonds drop 7-9% yesterday and feature among the top losers. Other developers’ bonds also fell with some of Evergrande, Sunac, Modern Land (China) and RiseSun’s dollar bonds falling to near three-month lows. Bloomberg cites credit traders saying that selloffs are largely due to a contagion effect from CFLD’s debt woes, as well as signs that regulators are looking to curb developers’ debt metrics – measures like the three-red lines in place. Greenland already breaches two of the three-red lines drawn by the authorities, with short-term debt to cash at 1.5x and net debt to equity at 170% vs. thresholds of 1x and 100% respectively. While Z-Spreads of Greenland and Fantasia have risen, those of other high yield developers have not.