Declaring Bankruptcy Could Be The Best Thing To Happen To Pemex 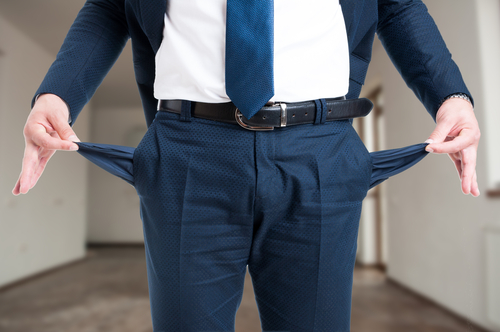 An opinion piece by Sergio Luna, a renowned economist who has followed Mexico as a professional economist for more than 30 years. Published originally on: https://expansion.mx/opinion/2021/03/02/pemex-la-bancarrota-no-es-una-mala-idea

On February 19, Mexico announced a new combo of tax benefits and capital injections to Pemex, Mexico’s National Oil Company, totaling USD 3.5 billion. Among the investors monitoring the largest quasi-sovereign issuer in the world, nobody was surprised. In fact, I am convinced that everyone knows this is not the last time Pemex will get fiscal support.

While substantial, Pemex´s financial tribulations are the proverbial tip of the iceberg. The real problem involves deep operational challenges left to keep simmering, as the priorities of Pemex´s political masters lie elsewhere.

During the current administration, AMLO wants Pemex to help him achieve energy sovereignty. Irrespective of what this means, Pemex cannot help. The last time the company made a net positive contribution to the government´s coffers was in 2008. Likewise, the last time Mexico posted an oil trade balance surplus was in 2014. It is no surprise then that the company has just reported a USD 21.4 billion net loss for the whole of 2020, a 38% increase vs. the previous year. Whether we agree or not with AMLO´s plan is irrelevant. Pemex is a broken tool and unless you fix it first, pretending to use the company for these or any other purposes risks its future as a going concern.

So, how to fix Pemex? Paradoxically, by declaring bankruptcy the company could end up better off. The financial standstill that this would grant Pemex is the least important aspect, not only because in this area the company has been successful at rescheduling maturities via debt swaps, but more importantly because the purpose is not to radically change Pemex´s financing conditions – bankruptcy does not necessarily mean a default is required.

The goal is to modify operating conditions and a Pemex bankruptcy would allow creditors – via an elected committee for instance – to get involved into the formulation of a plan that truly addresses Pemex´s operational challenges. This would offer the company the strong mandate necessary to finally address legacy costs and unfeasible projects. The impact on Pemex´s debt of declaring bankruptcy would probably be more than offset by the market realizing that this also implies getting rid of dumb plans for a new refinery, for instance.

Creditors would exert influence in another key front: who executes the plan. There is nothing impeding the government to appoint a professional administration in Pemex, but as the long and sad experience of the company shows, there is no guarantee either. Bankruptcy proceedings no longer made this optional and introduce a powerful factor at changing the company´s fortunes: accountability.

In sum, while bankruptcy is often seen as the last option for protecting a company from its creditors, in the case of Pemex the goal would be different: providing creditors with a say on how the company is run would aim at protecting Pemex from its owners.

Alas, I don´t think AMLO will go for this option. Love is sometimes irrational, and the Mexican President loves Pemex, in his own sort of way.

Nonetheless, we need to think big and bold in terms of policy options for a post-pandemic world; nowhere is this more necessary than in Mexico, given the appalling policy choices of the AMLO administration. A Pemex´s bankruptcy is taking the process to one of its two logical conclusions. The alternative is turning the implicit government guarantee into explicit support. In this scenario though, Pemex becomes a “poison pill” for the credit rating of the sovereign. Neither Pemex, nor Mexico, deserve that fate.