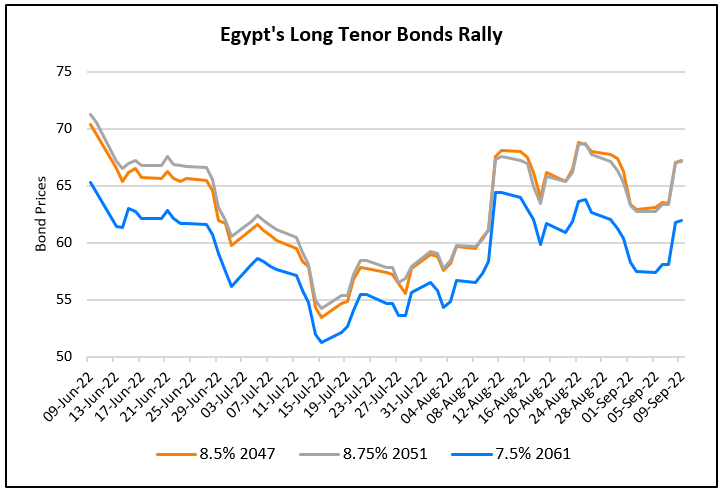 Egypt’s long tenor dollar bonds have risen 5-6% in the last couple of days. While there has been no specific news attributable to this move, Bloomberg notes that the Egyptian government has supported a more flexible currency to underpin its economy. The nation is in talks for a new loan from the IMF. Authorities devalued the Egyptian pound by 14% in March and the currency is now down 18% YTD. Hala Elsaid, Egypt’s planning minister said, “The government is working very hard to increase our foreign exchange receipts by means of an effort to boost exports, foreign direct investment, and remittances from abroad”. The nation has received $22bn in deposits and investment pledges from its allies. For example, Abu Dhabi Wealth Fund ADQ and Saudi Arabia’s PIF have invested $3bn in its state-owned companies.