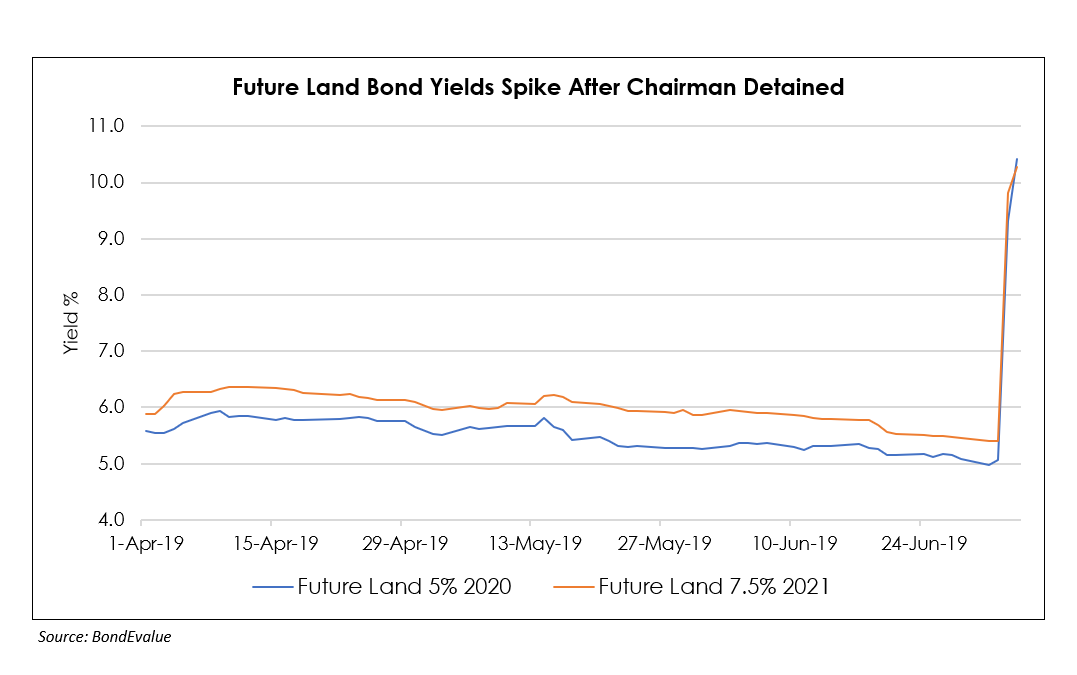 Future Land Development Holdings Ltd’s 57-year-old founder Wang Zhenhua has been detained by Shanghai police, triggering an exodus from the property developer’s bonds. The Company reported in an exchange filing late on 3 July that their billionaire founder and chairman was being held in criminal custody for “personal reasons”, and that his son will be replacing him as company chairman. Wang owns about 70% of Future Land, which is active in China’s Yangtze River Delta region. The Shanghai-based company, which owns more than 100 shopping malls in China, reported revenue of 54.8 billion yuan (US$8 billion) in 2018.