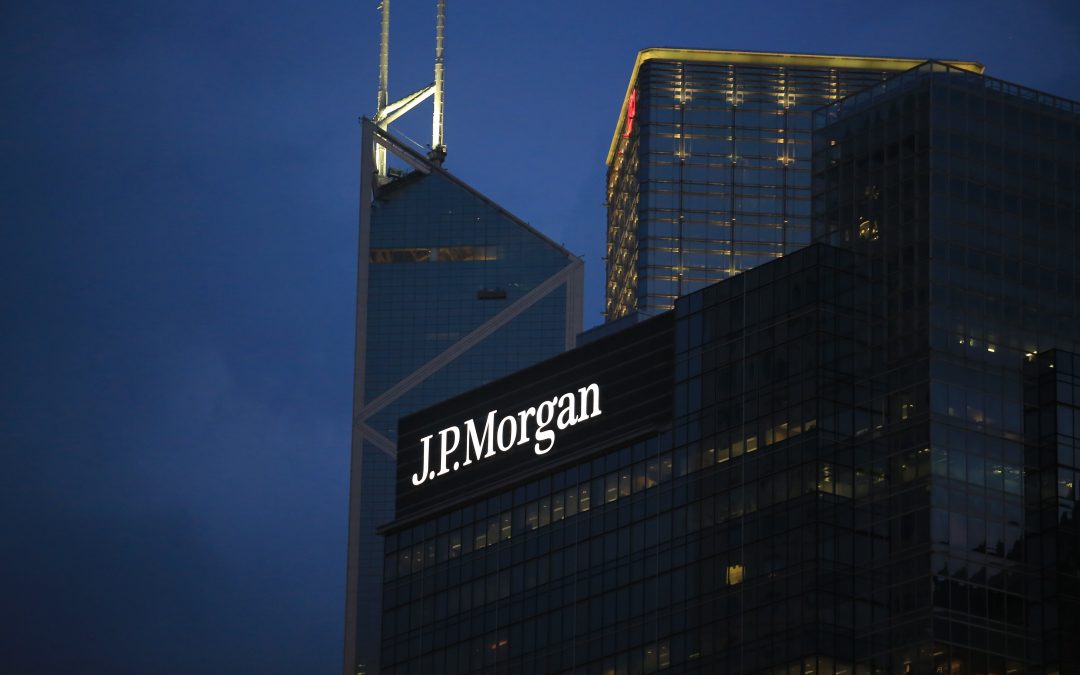 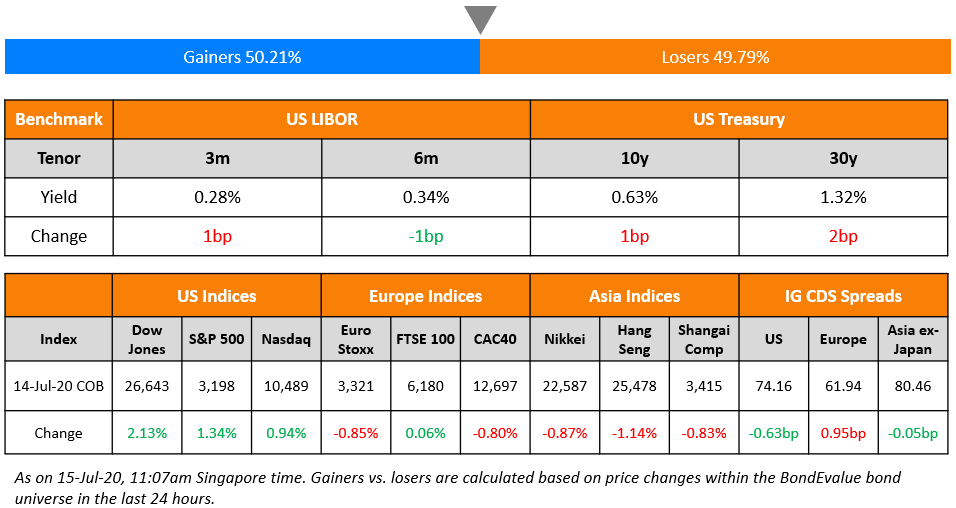 Choppy session on Wall Street that ended with a strong positive finish as news about a promising result of Moderna’s coronavirus vaccine hit the wires. The company will proceed with large scale human testing after antibodies were found in all 45 participants of the first stage trial. Citigroup fell 3.9% as quarterly profits fell and Wells Fargo slumped 4.6% after a quarterly loss. Technology stocks compensated with a late rebound in Facebook and Netflix. European stocks were lower at the end of their session but US Treasuries and European sovereign bonds were supported despite the risk-on sentiment. CDS spreads widened a tad in the US and Europe and were mostly unchanged in Asia. The Bank of Japan is expected to leave policy unchanged today and Bank Indonesia is expected to cut rates tomorrow for the fourth time this year. Asian markets are opening up around 1.5% following the positive sentiment overnight. 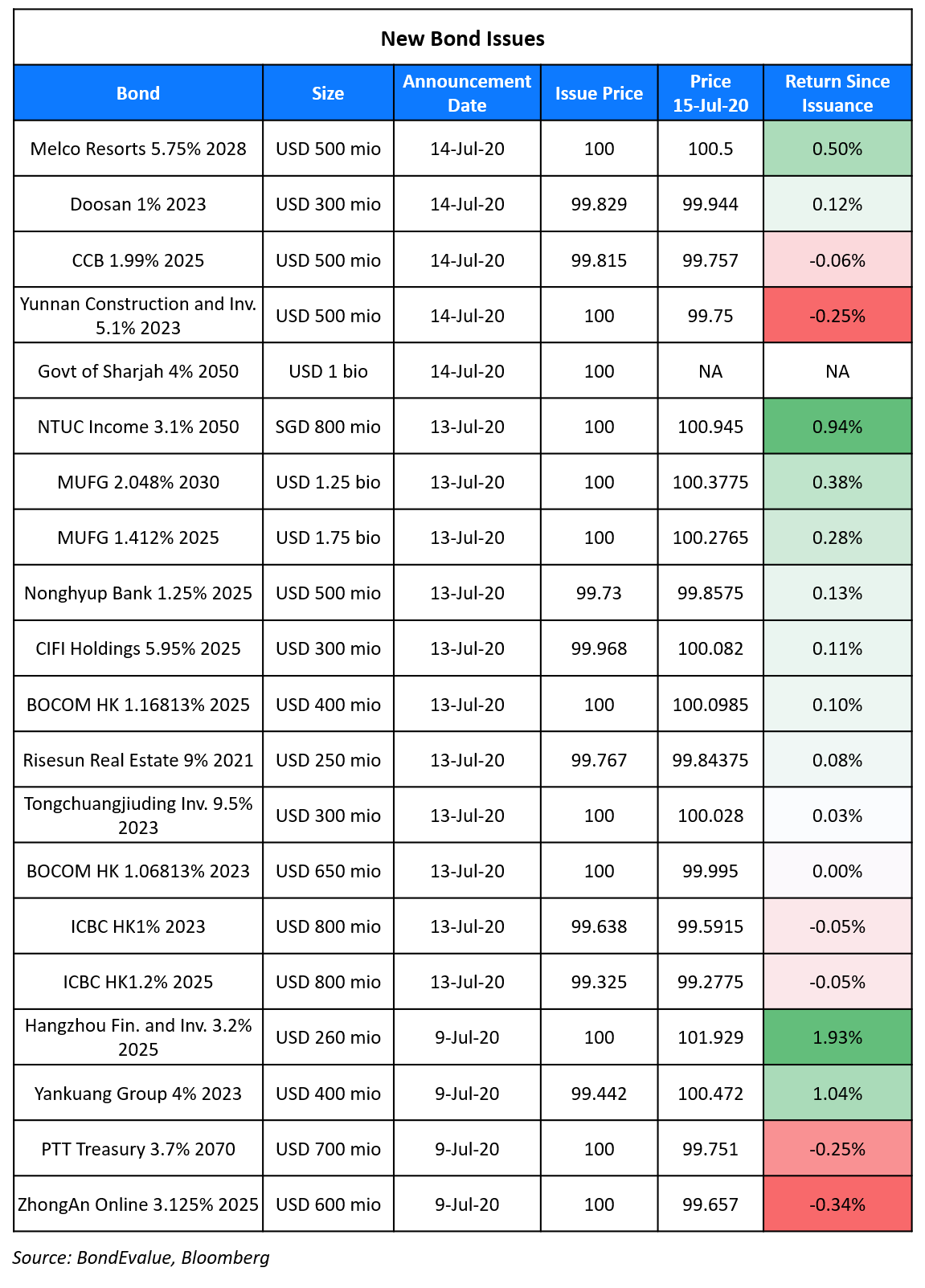 The Government of the Emirate of Sharjah, through the Sharjah finance department, raised $1bn via 30Y Formosa bonds at a yield of 4.0%, 37.5bp inside initial guidance of 4.375% area. The bonds, with expected ratings of Baa2/BBB, received final order exceeding $3.7bn, 3.7x issue size.

Korean construction equipment manufacturer Doosan Infracore raised $300mn via 3Y bonds at a yield of 1.058%, 87.5bp over Treasuries and 22.5bp inside initial guidance of T+110bp area. The bonds, with an expected rating of Aa2, received orders exceeding $1.15bn when final guidance was announced, 3.83x issue size.

Will You Pay Your Bank To Keep Your Money

How about paying a bank to take your money? Even though negative interest rates have been present in Japan for a while, with COVID-19 they too have become endemic. This is a very new topic for most people. To better appreciate the difficulty for the world to grasp negative interest rates, let us look at its evolution through time.

Three of the largest US banks, JP Morgan Chase & Co (JPM), Citigroup Inc and Well Fargo & Co reported second quarter earnings on Tuesday. All three banks collectively set aside massive provisions of $23bn for bad loans to combat the expected negative impact of the pandemic on its borrowers. This was somewhat offset by a boost in trading revenues for JPM and Citi as equity and credit markets trended higher in the quarter.

JPM’s results beat estimates with revenues of $33bn (est $30.3bn), provisions of $8.9bn and earnings per share (EPS) of $1.38 (est $1.10). JPMorgan Chief Executive Officer Jamie Dimon said, “This is not a normal recession. The recessionary part of this you’re going to see down the road. You will see the effect of this recession. You’re just not going to see it right away because of all the stimulus.”

Citi also beat estimates with revenues of $19.77bn (est $19.12bn), allowance for credit losses of $5.6bn and EPS of $0.50 (est $0.40). Citigroup CEO Michael Corbat told analysts, ““I don’t think anybody should leave any bank earnings call this quarter simply feeling like the worst is absolutely behind us and it’s a rosy path ahead. We don’t want people leaving the call simply thinking the world is a great place and it’s a V-shaped recovery.”

Wells’ results fell short of estimates with revenues of $17.8bn (es $18.6bn), provisions of $8.4bn and a loss per share of $0.66 (est $0.20), the bank’s first quarterly loss since 2008. Wells also slashed its dividend by 80% to $0.10 per share. CEO Charlie Scharf said, “We are extremely disappointed in both our second quarter results and our intent to reduce our dividend. Our view of the length and severity of the economic downturn has deteriorated considerably from the assumptions used last quarter, which drove the $8.4 billion addition to our credit loss reserve in the second quarter.”

Reliance Industries Ltd (RIL) has been in talks to acquire the Kishore Biyani led Future Group, which owns about 1,388 stores including big names like Big Bazaar, Fashion at Big Bazaar (FBB), ezone and Foodhall. RIL is expected to make an announcement about the takeover in its 43rd AGM today (July 15). However, before it makes the announcement, RIL has been negotiating hard with Future Group and its lenders to trim the outstanding loans of over INR 6,000 crore (~$796mn) by 30% and also to refinance a part of the borrowings for a further tenure of 5-7 years, according to Economic Times. Future Group has been highly leveraged leading to concerns over its ability to repay, even with a debt restructuring plan given that Future Corporate Resources, a related company, defaulted on its debt payments four months back. This resulted in IDBI Trusteeship Services invoking pledged shares in Future Retail. The default led to a drop in the market value of its listed companies by a third. The group has six listed companies with total debt of INR 12,989 crore ($1.73bn) with 50% of this debt only in Future Group. The interest obligations for the group across all companies stood at INR 1,950 crore (~$259mn) at the end of 2019. According to a bank official “A strong promoter with deep pockets would help the business flourish. It’s a good franchise, so lenders also want to avoid a bankruptcy situation,”. Incidentally, Amazon had also invested in the group in 2019 by acquiring an indirect stake in group. There may be a conflict of interest as Reliance looks to invest in Future Retail as it has grand plans in the eCommerce industry through Reliance Jio.

Future Retail’s 5.6% bonds due 2025 have been extremely volatile since March when its related company defaulted on a payment. The bonds rallied up slightly on the back of news of Reliance’s interest in the company and also easing of lockdown measures. However, these have trended down since the news of debt trim by Reliance and are currently trading at 62.327 on the dollar today. 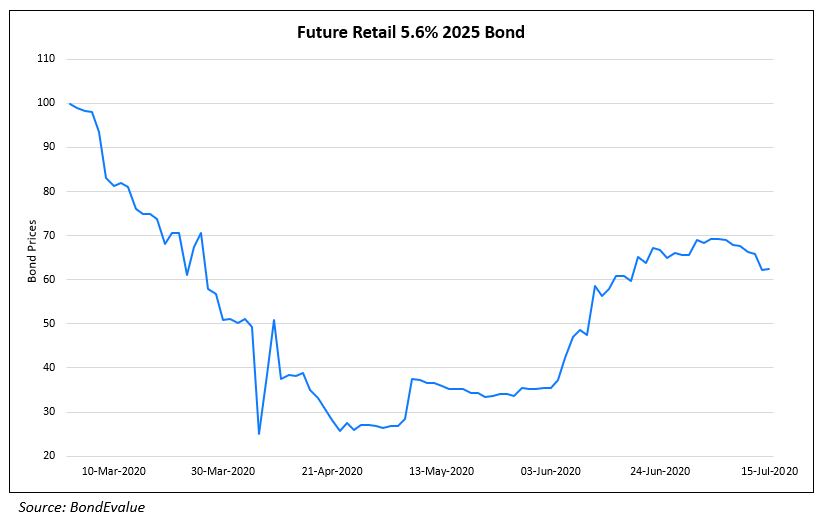 A Formosa bond is a bond which is issued in Taiwan by a foreign bank or corporation but is not denominated in the New Taiwanese Dollar. It is a way for multinationals to raise capital in Taiwan. To qualify as Formosa, borrowers must have credit ratings of BBB or higher. Formosa bonds are listed and traded on the Taipei Exchange.

Sharjah, the third-largest emirate of the United Arab Emirates, issued its first Formosa, first long-dated and first conventional benchmark bond, helping them tap into a new investor base.

“Unlike Japan, we don’t really know where the bottom is for GBP rates,” said Antoine. “Granted we are still some months away from a potential decision to slash interest rates below zero but if the euro zone or Switzerland is the template, then there is potential for GBP rates to go much lower than their JPY counterparts.”

Richard McGuire, the head of rates strategy at Rabobank in London

Some bond traders are speculating that the Bank of England could also follow its Japanese equivalent in trying to limit borrowing costs via so called yield-curve control. “This development signifies that while Japan has long been at the vanguard of unconventional policy making, it has been a harbinger of things to come rather than an outlier,” said Richard. “We have argued for some time that Japanification has been underway in the West.”

The road to recovery in the months ahead will be challenging,” Chan Chun Sing said. “We expect the recovery to be a slow and uneven journey, as external demand continues to be weak and countries battle the second and third waves of outbreaks by reinstating localized lockdowns or stricter safe-distancing measures.”

Vishnu Varathan, head of economics and strategy at Mizuho Bank Ltd. in Singapore

“This is the bottom, unless Singapore is forced to regress to the harsher iteration of circuit-breaker measures,” said Vishnu. “The case for more stimulus is neither ruled out nor a mechanical reaction to this backward-looking data point. The four fiscal packages need time to permeate and cascade.”

“We’re still buying. China is one of the interesting markets in the sense that we like all of the parts of the China capital structure – we like CGBs, we like credit.” Chinese government debt “still has very low foreign ownership”, he said. “I’d argue that any spike in risk, a deterioration in the US-China trade war, will be a positive for CGBs,” he said. “It was a positive thing for CGBs in the previous episode.”

On Australia Becoming a Haven for Investors – Akira Takei, a Tokyo-based global fixed-income money manager at Asset Management One

“What I have learned from Australia is that a yield curve control policy targeting short-term yields can steepen the curve from time to time and make the debt attractive,” said Akira Takei. “Investing in a bond market where the curve is steep like Australia generally turns out to be a winning bet.”

“It is in the interest of Ukraine to preserve the independence of NBU and it is also a requirement under the current IMF-supported program,” Georgieva said. “I urged President Zelenskiy to stay the course of sound monetary and financial policies – those are key to stronger investment and inclusive growth. 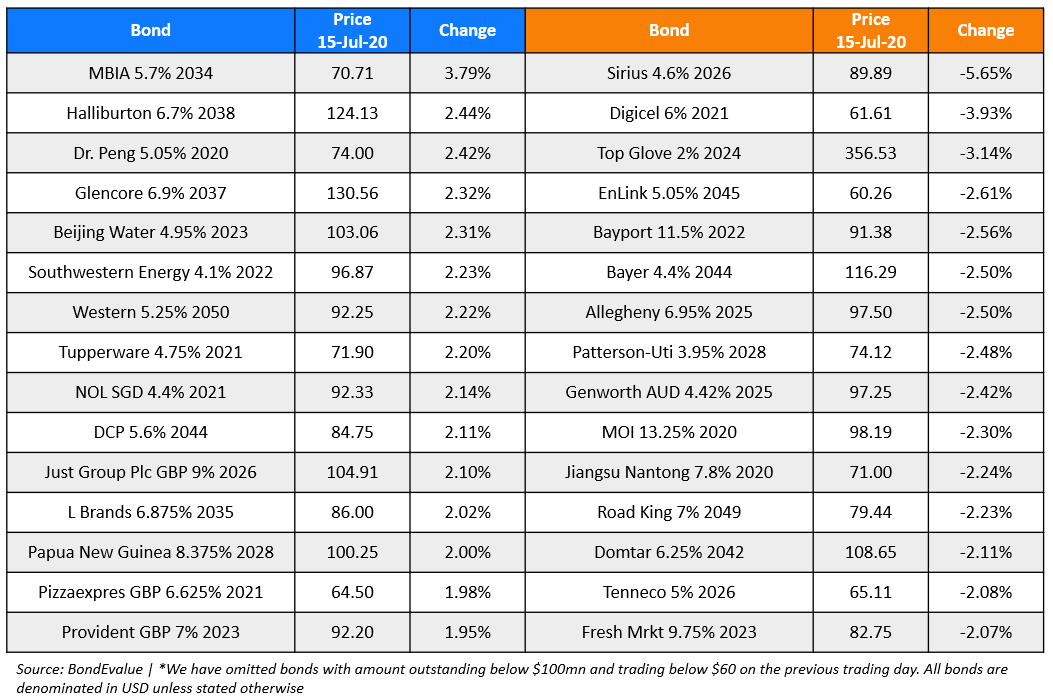