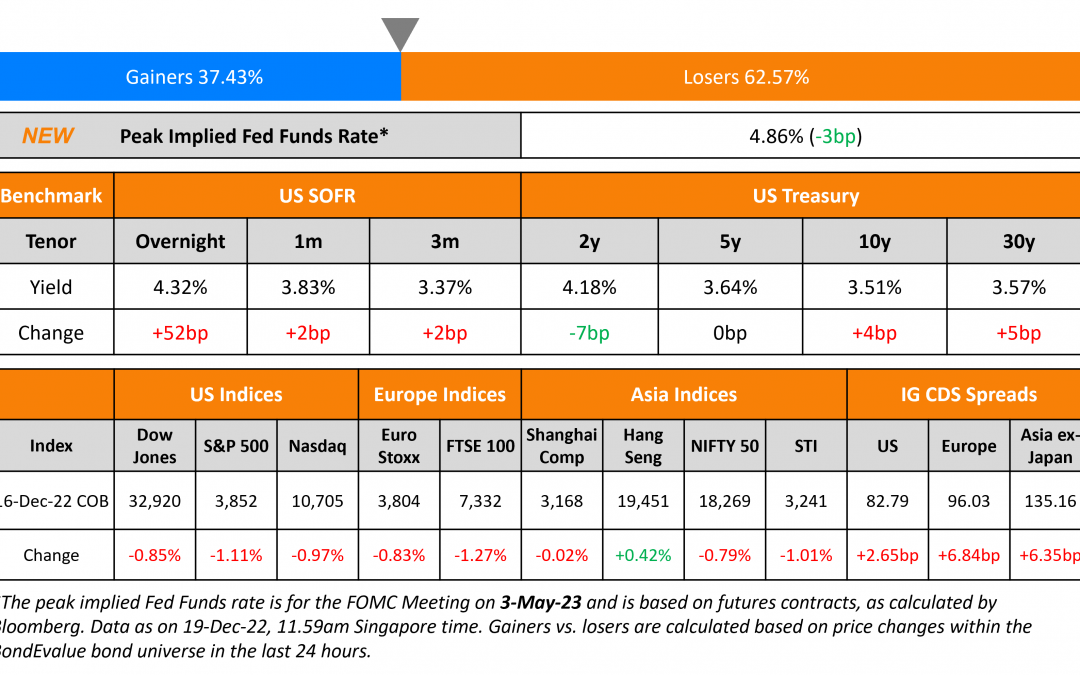 The US Treasury curve steepened with the 2Y yield own 7bp while the 10Y and 30Y yields were up 4-5bp. The peak Fed funds rate was up 1bp to 4.89% for the May 2023 meeting. US flash manufacturing PMI fell to 46.2 in December from 47.7 a month ago with S&P noting that they witnessed “one of the sharpest declines in new orders since the 2008-9 financial crisis during December, as customer spending waned”. The flash services PMI also fell to 44.4 from 46.2. Thus, the composite PMI  fell to 44.6, a sixth straight month below the 50 mark, indicating a contraction in the private sector. Markets continue to price in the probability of a 25bp hike at the February 2023 meeting at 73%, little changed from Friday. US IG CDS spreads widened 2.7bp and HY CDS spreads widened 14.9bp. US equity markets fell with the S&P and Nasdaq down 2.5% and 3.2% respectively on Thursday.

“We would caution investors against following this siren call of high yield and low bond prices. “There is a lot of risk premium to be harvested in very safe emerging market credits”

On  Bond Managers Sensing Opportunity With Yields Below Fed’s Rate

“We believe that the outlook for 2023 is starting to brighten”

A 10-year at 3.5% does look a little too low, but at the same time it’s difficult to see upward pressure on government bond yields when inflation is starting to co-operate”

On Bonds Getting a Wake-Up Call From ECB Warning

“It’s a lot less controversial now to not only see European yields reset higher in absolute terms, but we also see European rates markets underperform the US very meaningfully throughout all of 2023”

On Credit Investors Getting Ahead of Themselves

“The entry point will be better in the second half. The market does not price in risks related to recession and we see a widening of spreads in the first half” 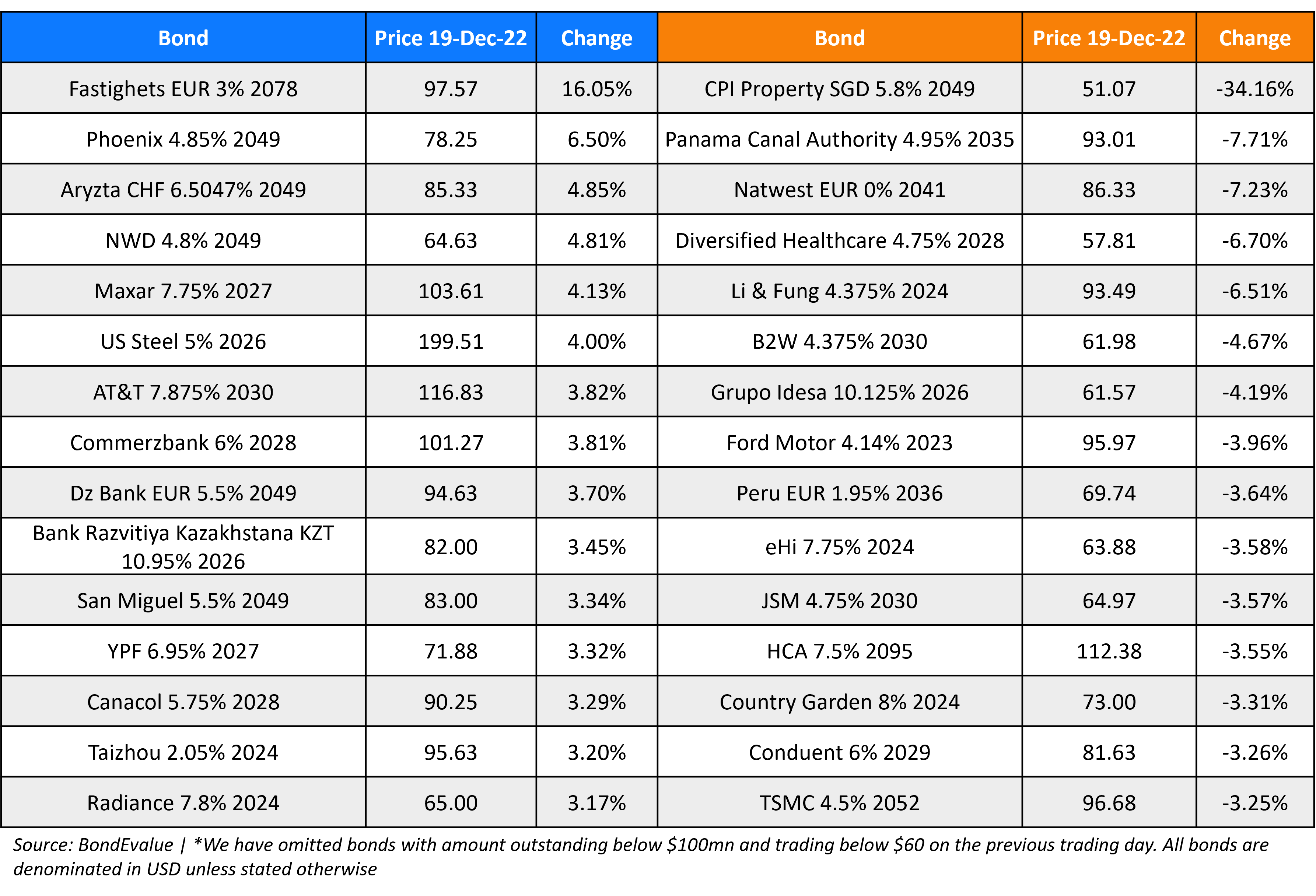