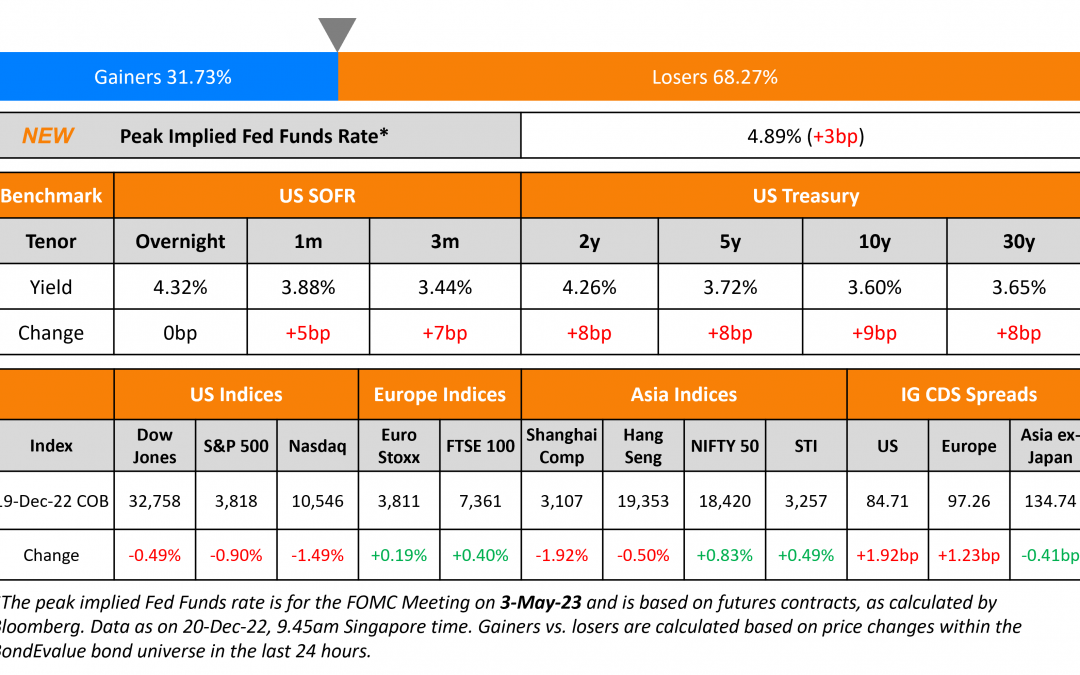 The US Treasury curve saw yields jump 8-9bp higher across tenors. The peak Fed funds rate moved 3bp higher to 4.89% for the May 2023 meeting. The move reversed the slight rally from the previous day after the composite PMI fell to 44.6, a sixth straight month below the 50 mark, indicating a contraction in the private sector. With the shift higher in benchmark rates, markets are now pricing in the probability of a 25bp hike at the February 2023 meeting at 62%, from 75% a day earlier. The probability of a 50bp hike in the same meeting has gone up to 38% from 25%. US IG CDS spreads widened 1.9bp and HY CDS spreads widened 7.7bp. US equity markets fell again with the S&P and Nasdaq down 0.9% and 1.5% respectively on Friday.

Discount Window is a mechanism for central banks to support smooth flow of credit to households and businesses via the banking channel and thereby providing liquidity to the economy at large, during times of stress. With regard to the Federal Reserve, the central bank lends money to depository institutions to help them manage liquidity risks and avoid actions that have negative consequences for their customers, such as withdrawing credit during turbulent times. The Fed provides three types of credit via the discount window namely: Primary Credit, Secondary Credit and Seasonal Credit. The interest rates on each of these facilities differ and are related to the broader fed funds rate.

Banks typically try avoiding tapping the discount window as it can indicate financial stresses. Bloomberg notes that the usage of the discount window by banks has increased to $10bn at end-November from almost nil since 2010, and currently stands at $5.9bn.

“We simply think that is too low. Volatility in the CPI numbers is something that the market should expect. It’s going to be hard to call month-on-month. But it’s probably easier to come down from 7% to 5% than from 5% to 3%… Looking ahead, geopolitical risk, demographics and a transition to net-zero will keep inflation high.”

“I doubt that money comes in again. If I were to be a positive on growth, I won’t be expecting rates to go down very dramatically”

“We do not think fixed income flows will return to China in large amounts given the increased regulatory and geopolitical risk environment, as well as the competition from other developed markets”

US economy might be able to avoid falling into recession in 2023, after recent figures related to the job market and general economic activity have “surprised on the upside”… Expects high interest rates to remain for some time. There is consensus among central banks to tackle inflation “quickly and in an opportune way” 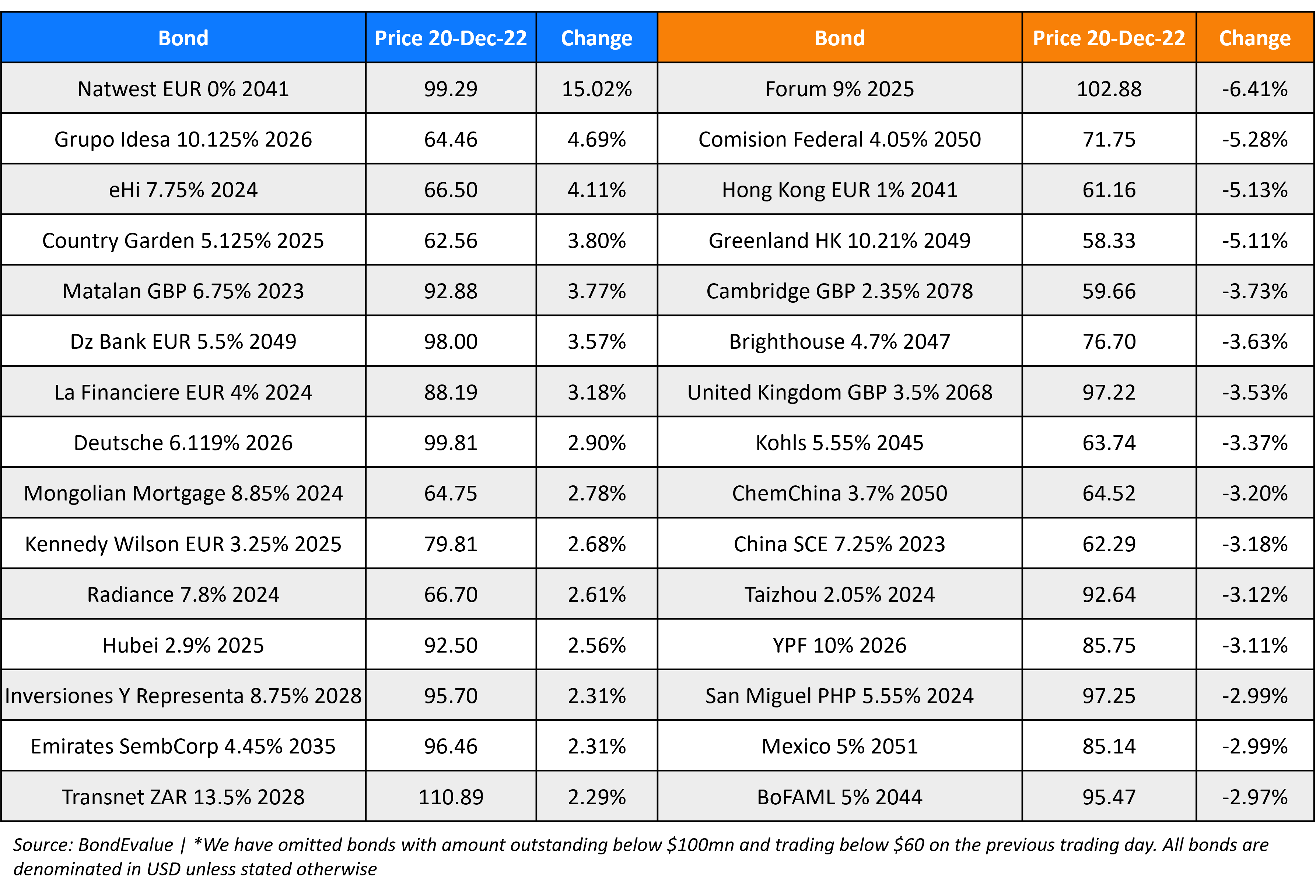