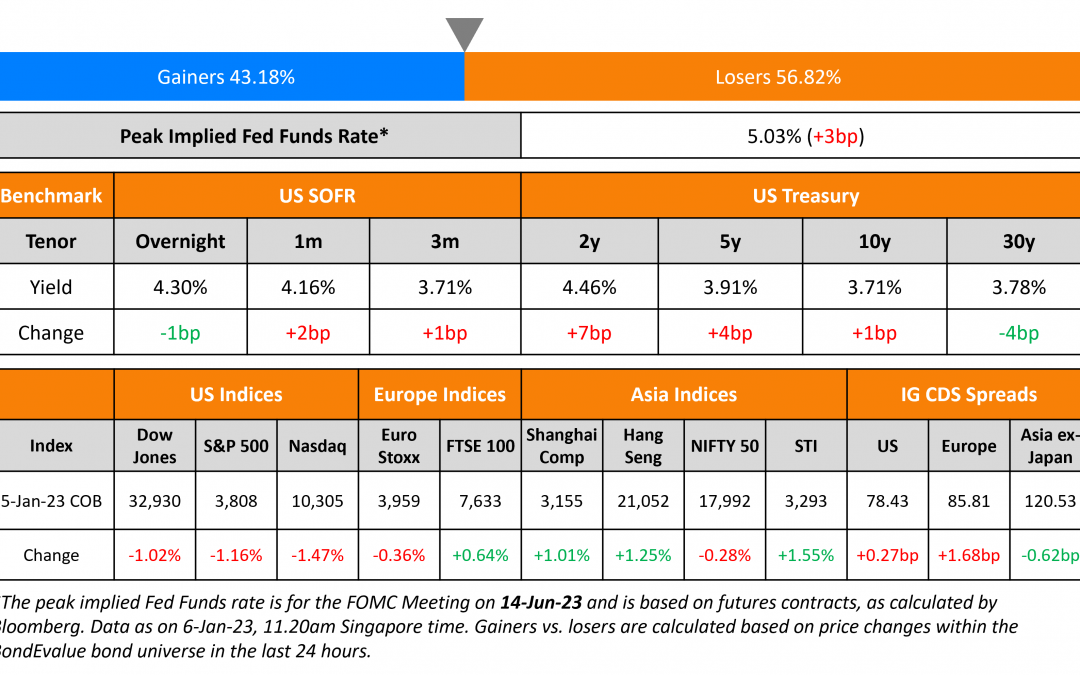 US Treasuries yields moved higher yesterday.  The peak fed funds rate was up 3bp to 5.03% for the June 2023 meeting. The probability of a 25bp hike at the FOMC’s February 2023 meeting stands at 60%, down from 68% yesterday. US ADP data showed a 235k increase in jobs in December, almost twice November’s level of 127k, with all eyes now focusing on the non-farm payrolls (NFP) print which is expected at 202k. US equity markets ended lower, with the S&P and Nasdaq down 1.2% and 1.5% respectively. US IG and HY CDS spreads were 0.3bp and 4.6bp wider. 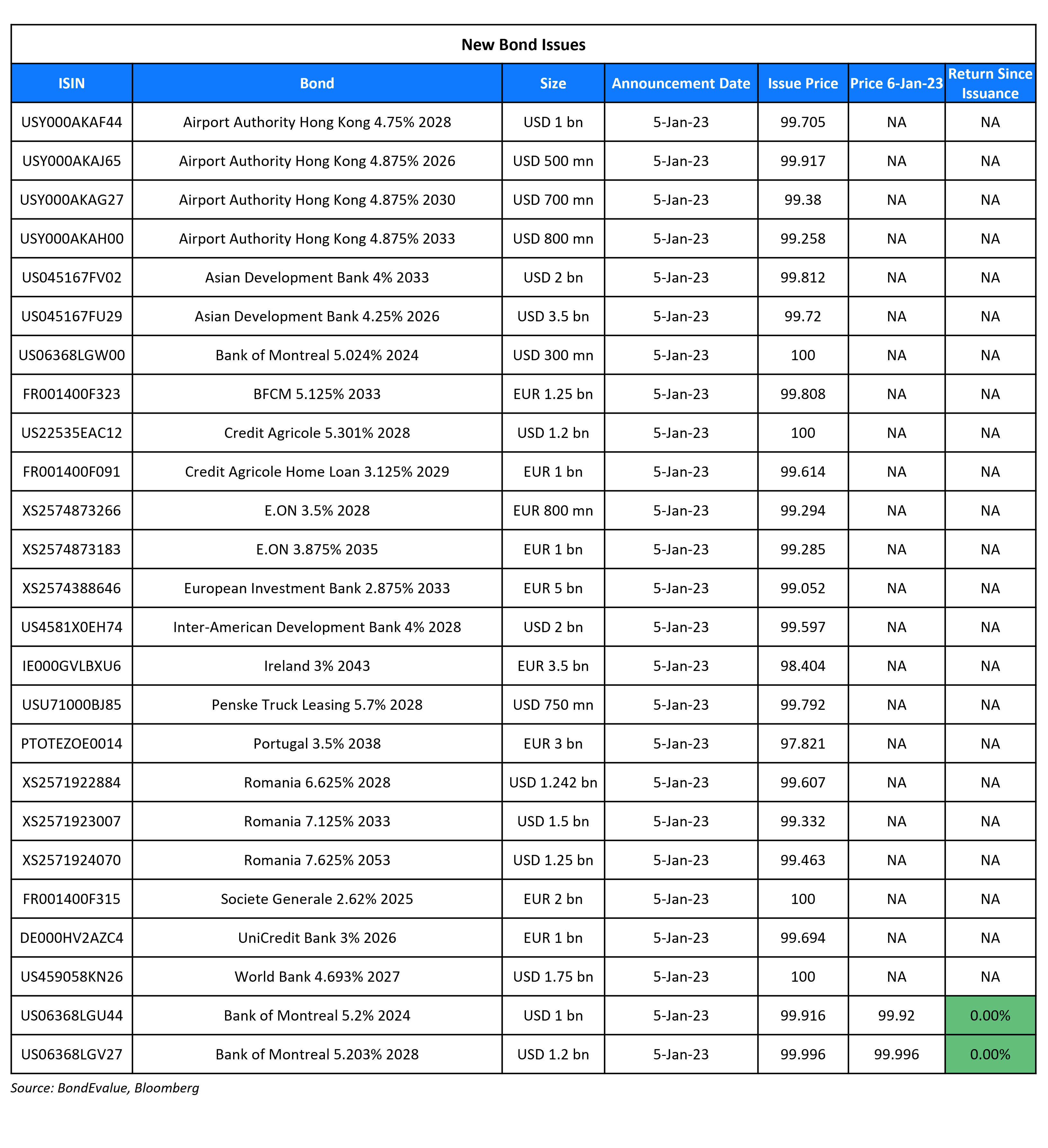 Airport Authority Hong Kong (AAHK) raised $3bn via a four-tranche deal. Details are in the table below:

Credit Agricole raised $1.2bn via a 5.5Y bond at a yield of 5.301%, 25bp inside initial guidance of T+165bp area. The senior preferred bonds have expected ratings of Aa3/A+/AA-. Proceeds will be used for general funding purposes.

Fed will need to lift a federal funds rate target now at between 4.25% and 4.5% to over 5% and stay there “for some time…until we get the signal that inflation is really convincingly starting to fall back toward our 2% goal.”

On Goodbye to Negative-Yielding Debt as BOJ Shift Bites

On prospects for a U.S. soft landing rising – Fed’s Bullard 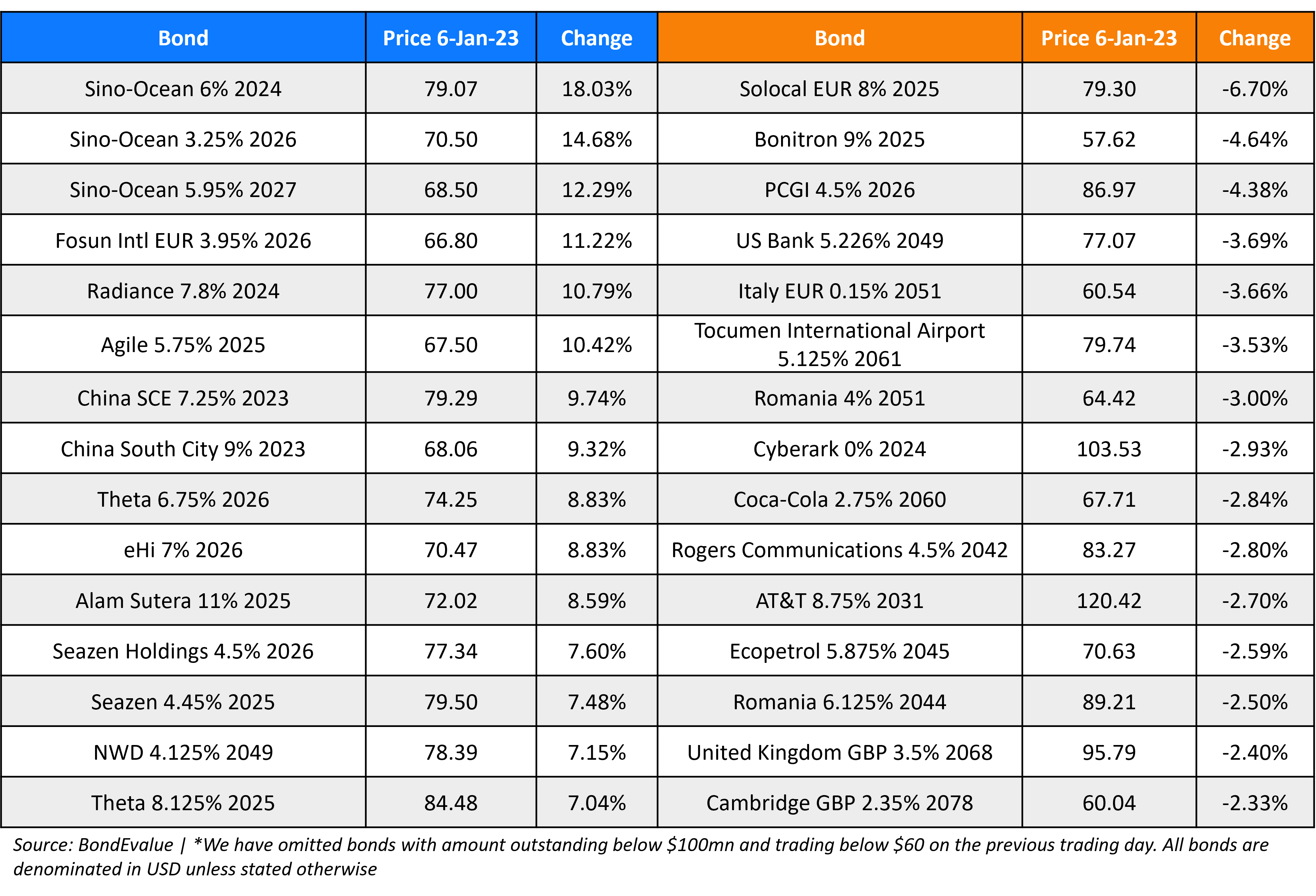