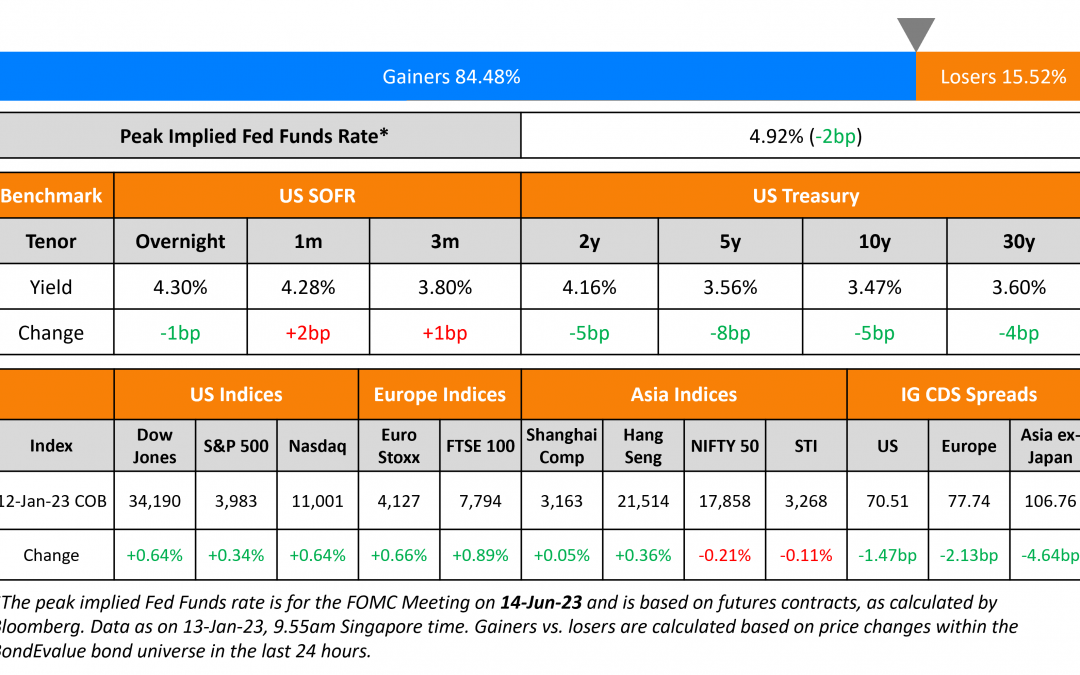 UOB raised S$850mn via a PerpNC5 AT1 at a yield of 5.25%, unchanged from initial guidance. The subordinated unsecured notes have expected ratings of Baa1/BBB+. Proceeds will be used for refinancing existing debt and general corporate purposes. If not called on the first call date of 19 January 2028, the bonds will reset then and every 5Y thereafter at the SORA-OIS plus a spread of 239.3bp. The AT1s received orders of over S$2.1bn, with a bid-to-cover ratio (Term of the Day, explained below) of 2.5x. Private banks and securities houses took 85%, followed by fund managers/insurance at 13% and banks/hedge funds/corporates at 2%. The new AT1s offer a new issue premium of 26bp over its older 2.55% Perps callable in June 2028 that are currently yielding 4.99%.

Dalian Wanda raised $400mn via a 2Y bond at a yield of 12.375%, 25bp inside initial guidance of 12.625% area. The bonds are expected to be rated Ba3/BB (Moody’s/Fitch). Wanda Properties Global is the issuer and guarantees will be provided by Wanda Commercial Properties (Hong Kong), Wanda Real Estate Investments and Wanda Commercial Properties Overseas together. Dalian Wanda will also provide a keepwell deed. Proceeds will be used for refinancing existing debt and general corporate purposes. The bonds received final orders of $1.4bn, 3.5x issue size. Asian investors took 81% with EMEA at 19%. By investor type, asset managers took the lion’s share at 97%, with insurance/pension funds/corporates and private banks taking 2% and 1% respectively. A private banker told IFR, “None of my clients put in orders to buy Wanda Commercial…We sold all of our property exposure last year, and clients are very selective with property names.”

Taian City Development and Investment raised $mn via a 364-day bond at a yield of %, bp inside initial guidance of 8% area.

““I expect that we will raise rates a few more times this year, though, to my mind, the days of us raising them 75 basis points at a time have surely passed. In my view, hikes of 25 basis points will be appropriate going forward…At some point this year, I expect that the policy rate will be restrictive enough that we will hold rates in place to let monetary policy do its work…I’ve been in the camp that we need to get rates above 5%…I don’t think we need go much further than 5%…What’s encouraging is that even as we are raising rates, and seeing some signs that inflation is cooling, the national economy remains relatively healthy overall…On the hiring front, I’m most pleased that the labor market remains in excellent shape.”

On Keeping 2023’s Global Growth Forecast Steady at About 2.7%

“Growth continues to slow down in 2023…The more positive piece of the picture is in the resilience of labor markets. As long as people are employed, even if prices are high, people spend … and that has helped the performance…We are now in a more shockprone world and we have to be open-minded that there could be a risk turn that we are not even thinking about. That’s the whole point of the last years. The unthinkable has happened twice.”

“Even though everything is coming in line with expectations, equities are still disappointed because people were expecting a below-expectations CPI report, and that didn’t happen.”

“The easy part of the decline in inflation may be underway — goods inflation is declining, commodity prices are falling…The much harder part is getting that service inflation down consistent to 2%.”

“The market has priced in a very optimistic scenario about CPI in the previous days. The numbers came in at exactly the expectations level. That means that some of the optimism in the markets may get unwound both in equities and fixed income….While a 25bps hike in the next Fed meeting is still in play, the strength of housing in the core CPI and the benign jobless claims support the scenario of a 50bps hike in the next meeting. However, what matters most for the markets is the terminal Fed rate, not so much the pace of hikes. As we get closer to the terminal rate, the pace of hikes needs to slow down.”

“This is continued decent news in terms of the broader inflation trend, but that the stickiness in shelter-related inflation and services inflation means inflation here isn’t coming down fast enough for the Fed’s liking…The Fed should have reason to step down to 25bps at some future meeting and then pause shortly thereafter. I think what this number does is probably extend that time horizon a bit.” 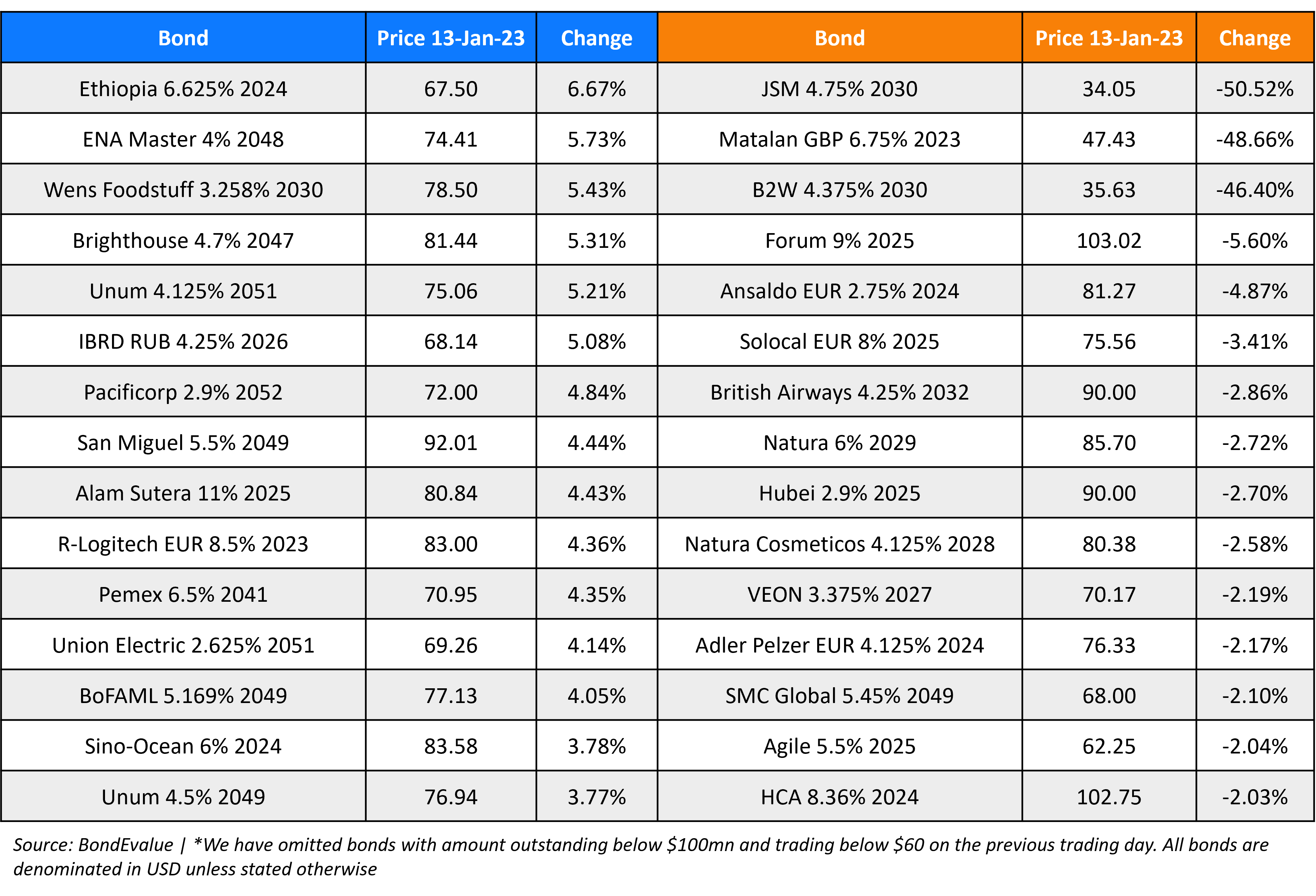