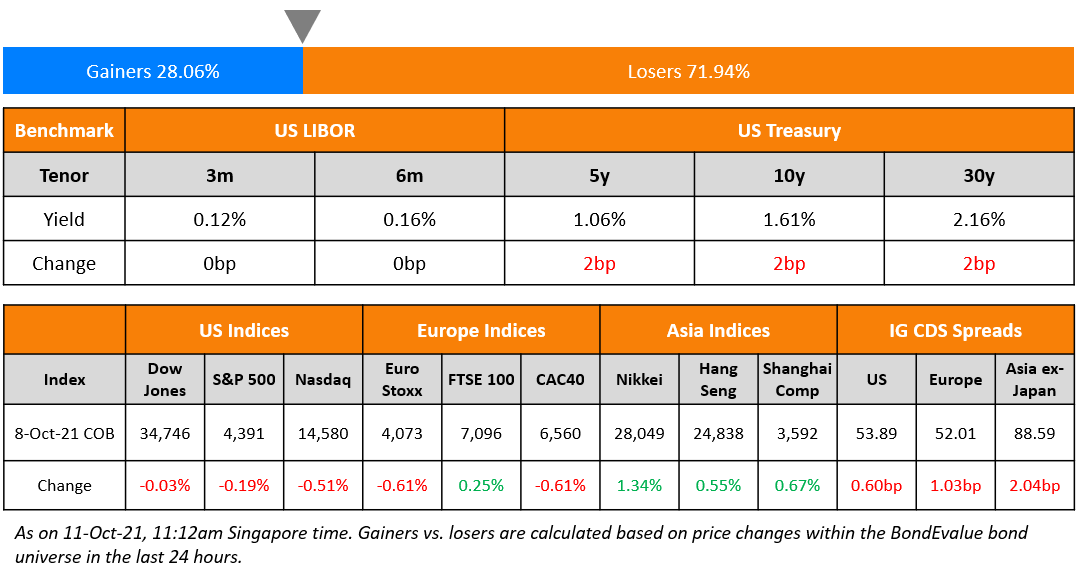 Yibin Emerging Industry Investment raised $97mn via a 35-month bond at a yield of 2.6%, 20bp inside initial guidance of 2.8% area. The bonds are unrated. The bonds are supported by a letter of credit from Chengdu Rural Commercial Bank. The issuer provides investment management services. Its parent company is Yibin State-owned Assets Management, which is wholly owned by the Yibin SASAC and is the main asset management and investment entity for the Yibin municipal government in China’s Sichuan province.

On the view that Congress will raise debt ceiling – Janet Yellen, US Treasury Secretary

“Once Congress and the administration have decided on spending plans and tax plans, it’s simply their responsibility to pay the bills that result from that.” “It’s a housekeeping chore. Because really, we should be debating the government’s fiscal policy.” “I don’t believe any president has ever had to make a decision about what they would do if Congress failed to raise the debt ceiling. I can’t imagine our being there on December 3rd.” “There is a trade-off there. We know that programs that are universal have tended to be long-lasting and very popular,” Yellen said. “But there is also an argument for, you know, making sure that the highest income Americans perhaps don’t get the benefit of a program that is most needed by those with lower income.”

Andrew Bailey, Bank of England Governor
“We have got to, in a sense, prevent the thing becoming permanently embedded because that would obviously be very damaging,” he said. “This has been an almost unprecedented set of events,” Bailey said. “They are not over yet, that we are learning. We have to manage our way through them, and we will do that.”

Michael Saunders, a member of the Bank of England’s Monetary Policy Committee

“I think it is appropriate that the markets have moved to pricing a significantly earlier path of tightening than they did previously,” said Saunders.

On Evergrande contagion likely to trigger wave of defaults for developers

“Ultimately it’s a liquidity game,” said Lowy. “How many months can you survive until at some point the central government will relent and start releasing liquidity pressures on developers?”

“It’s very difficult to see a solution right now,” China’s Evergrande strategy would be to “let as many people bear the cost as possible,” Hong said.

On Evergrande’s founder struggling to find a way out of crisis – Desmond Shum, author of Red Roulette: An Insider’s Story of Wealth, Power, Corruption and Vengeance in Today’s China

“There’s no interest to bail him out.” “In the situation he’s in now, I don’t think any political connections will come to his rescue.”

Todd Rosenbluth, head of ETF and mutual fund research at CFRA Research
“We are on track for potentially another record breaking year, breaking 2020’s net inflows record, but the heavyweight products from BlackRock have not been the driver.” “The BlackRock products tend to be used more by institutional investors. Retail and wealth management are often using the Vanguard products. Maybe institutional investors are investing less whereas retail investors are holding steady,” Rosenbluth said.
Elisabeth Kashner, director of global fund analytics at FactSet
“Even though, in some instances, their products can be quite similar, BlackRock really emphasises trading and liquidity whereas Vanguard lives and breathes for long-term buy and hold investors”. “BlackRock has designed all of these products to be trader friendly, that is more friendly to tactical usage, and by golly they are being traded”, she added.
Ben Johnson, director of global ETF research at Morningstar
“These funds’ flows are notoriously fickle.” “They’re likely to be used by traders looking for liquidity or short-term exposure to a particular corner of the bond market, and less likely to be used by long-term allocators.”
Deborah Fuhr, founder of consultancy firm ETFGI
“Vanguard has an ethos of being the low-cost provider. For many, as they move to ETFs, even from within Vanguard’s mutual fund products, that has been a driver of net inflows for them and they get significant income from financial advisers,” said Fuhr.
In a statement by BlackRock
“Our clients, from retirement savers to institutional investors, turn to iShares for a combination of value and liquidity that helps them to quickly and efficiently transfer risk, reposition portfolios or implement hedges.” “iShares ETFs are a diverse offering of trading and allocation tools to enable critical versatility when navigating a wide range of market environments.” 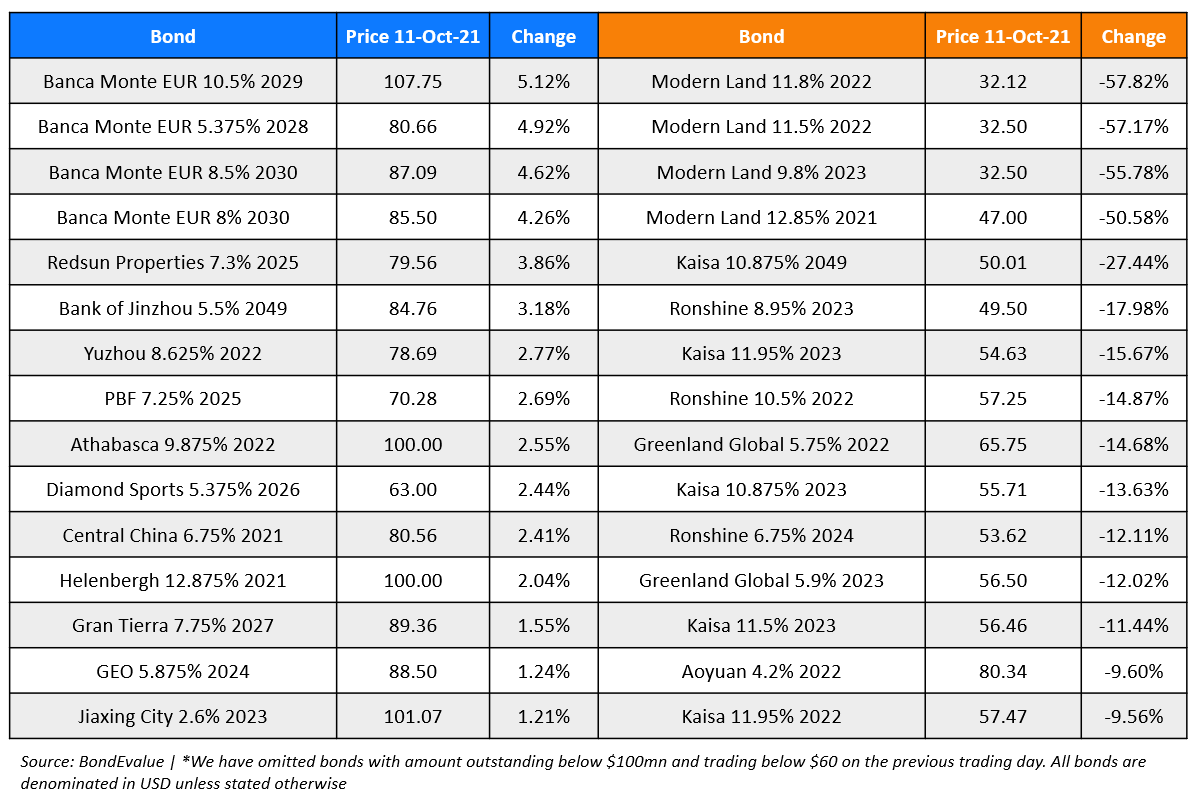