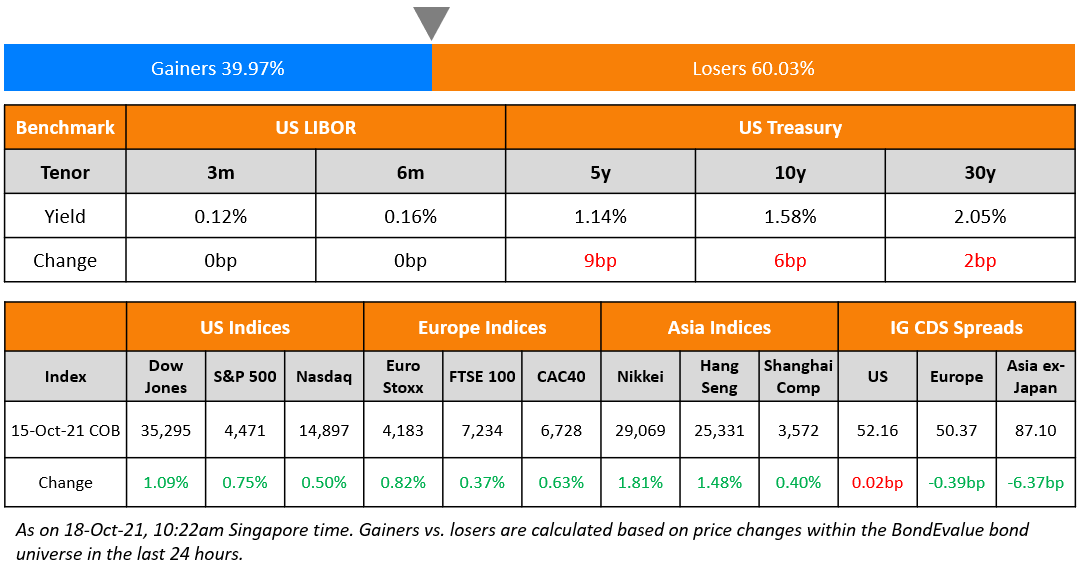 US Core Retail Sales came at 0.8% MoM in September, higher than forecasts of 0.5% while the New York Empire State Manufacturing Index came at 19.8 vs. forecasts of 27 for October. The weekly Michigan consumer sentiment and current conditions indices also disappointed at 67.2 and 71.4 vs. expectations of 73.1 and 82. Meanwhile, the PBOC gave its take on Evergrande saying that the risks were ‘controllable’. 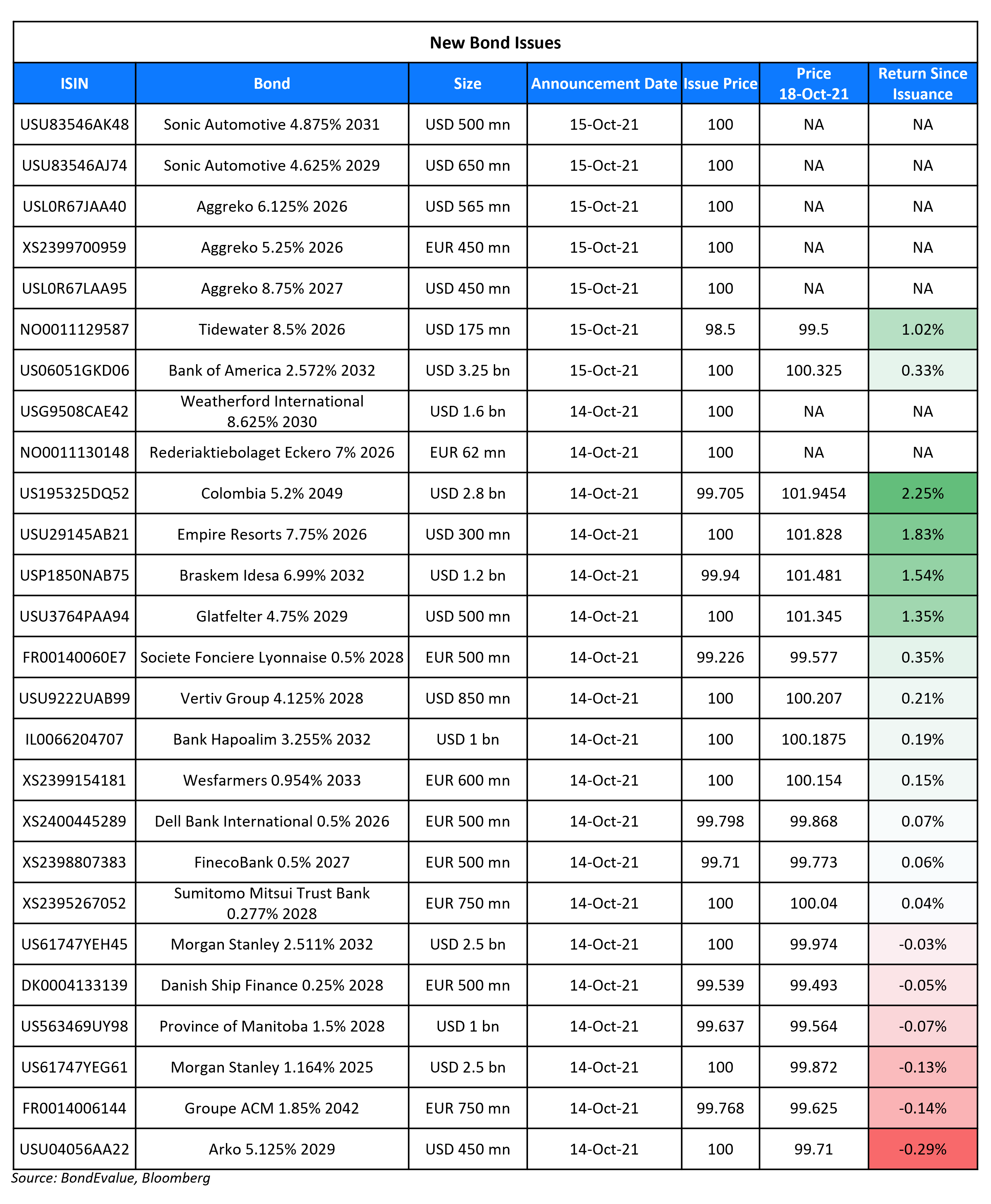 144A bonds refer to privately placed debt instruments that can be traded among qualified institutional buyers (QIBs) and with a shorter holding period of six months. These bonds get their name from Rule 144A, which exempts the securities from SEC registration that typically requires extensive documentation and a two-year holding period. 144A bonds can be issued with a lesser amount of documentation as the underlying assumption is that QIBs are sophisticated investors who do not need the same level of information and protection as individual investors. The SEC defines a QIB as institutional investors that have at least $100mn in assets under management.

On the view that China can contain Evergrande’s risk – Yi Gang, People’s Bank of China Governor

“Overall, we can contain the Evergrande risk.” “The rights and interests of creditors and shareholders will be fully respected in strict accordance with the law. And also the law has clearly indicated the seniority of those liabilities,” he said. “I think we can prevent systemic risk.” “The growth momentum has moderated somewhat.” “Economic growth [has] slowed down a little, but the trajectory of the economic recovery remains unchanged.”

“The Chinese economy is doing well in general, but we still face some challenges,” he said. “We are keeping a close eye on all these problems.”

On the view that Evergrande’s debt woes are manageable – Zou Lan, head of financial markets at the People’s Bank of China (PBOC)

“In recent years, this company did not operate and manage itself well. It failed to conduct prudent operations according to changing market conditions, and it blindly diversified and expanded its business.” On the real estate sector performance, “in some cities, the property prices surged too fast, causing the approval and issuance of personal mortgages to be restrained,” Zou said. “Once housing prices stabilise, the supply and demand of mortgages in those cities will be normalized too,” he said.

On the opportunities in the Treasuries supply-demand shift ahead – Steven Zeng, rates strategist at Deutsche Bank AG

“We are more sure of the timeline for the Fed’s taper than for Treasury’s coupon-auction cuts.” “There’s pros and cons to Treasury starting cuts in November or waiting until February. This uncertainty will provide some relative-value trading opportunities along the yield curve, probably most particularly around the 20-year point.”

On the view that there will be bigger market volatility – Mohammed El-Erian, chief economic adviser at Allianz SE and president of Queens’ College, Cambridge

“I worry a little bit that this wonderful world we’ve been living in of low volatility, everything going up, may come to a stop with higher volatility.” “If I were an investor, I would recognize that I’m riding a huge liquidity wave thanks to the Fed, but I would remember that waves tend to break at some point, so I would be very attentive,” he said. “Things will get worse before they get better.” “So we’re going to have more shortages of goods. We’re going to have higher prices. Inflation will remain in the 4 to 5% level.” 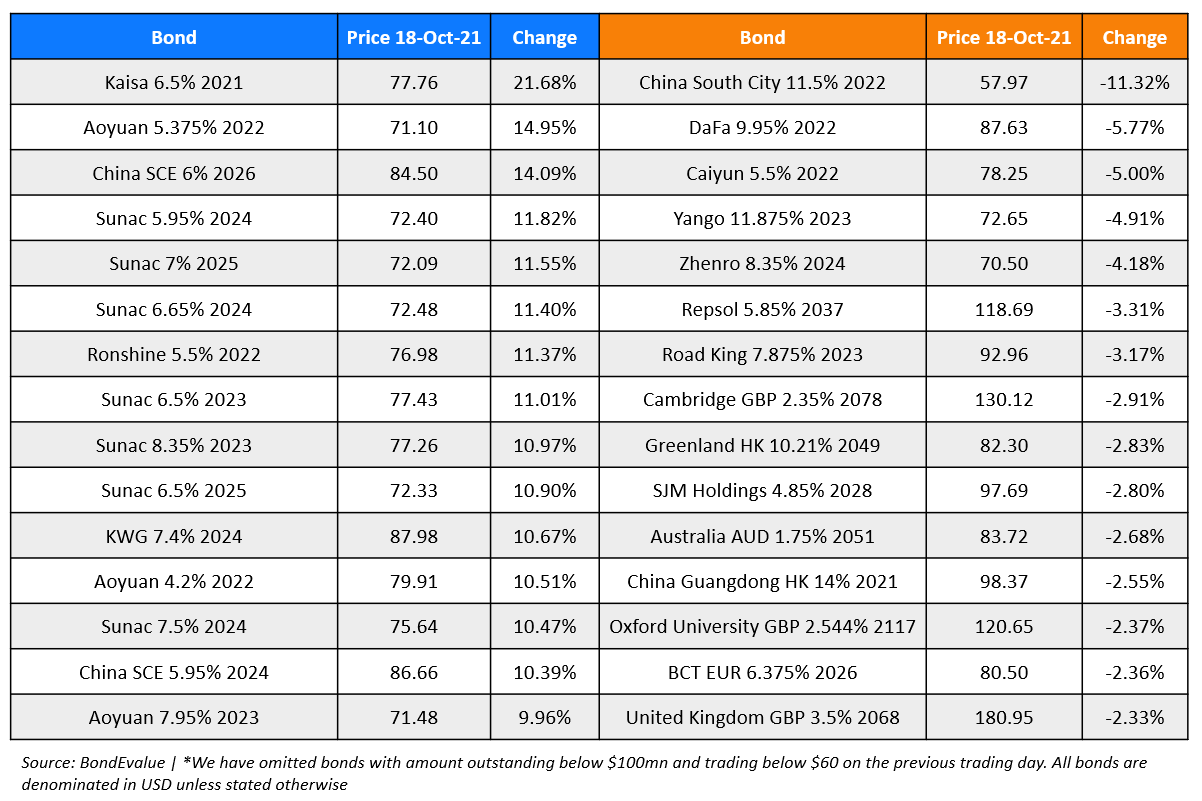