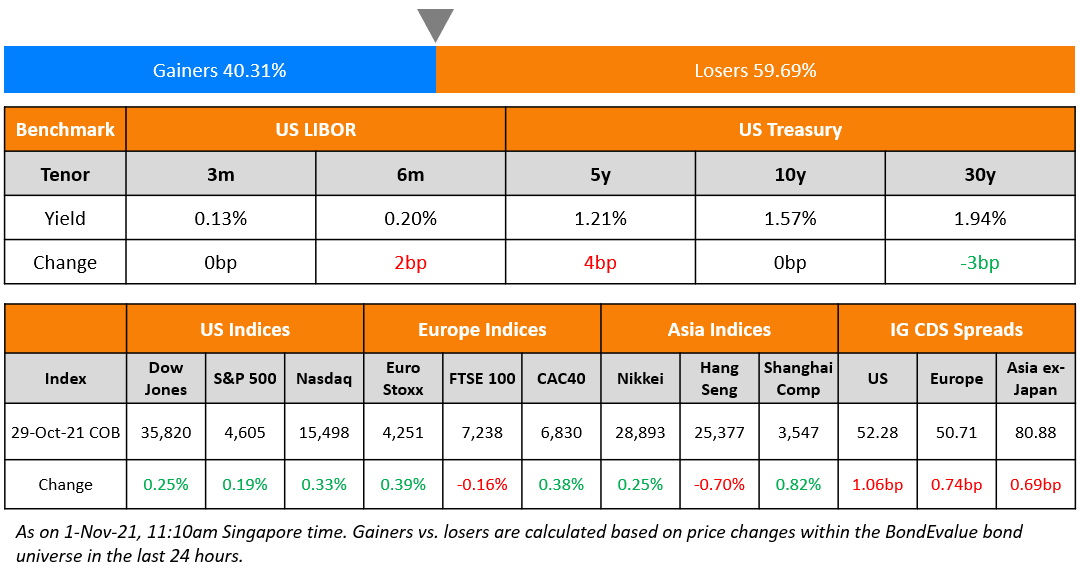 China’s October manufacturing PMI came at 49.2 vs. September’s 49.6 and its non-manufacturing PMI came at 54.2 vs. September’s 53.2. Reuters notes that high raw material prices and softer domestic demand have seen the index contract for a second month. With the Chinese real estate sector taking a hit last month on defaults and concerns on liquidity, the month of November sees over $2bn in onshore and dollar bond payments due across the HY developers as per Bloomberg. Developers with payments in November 2021 include Evergrande, Zhenro, Central China, Yango, Kaisa, Xinyuan, Agile, R&F Properties, Redsun, Rongxin and Zhongliang. 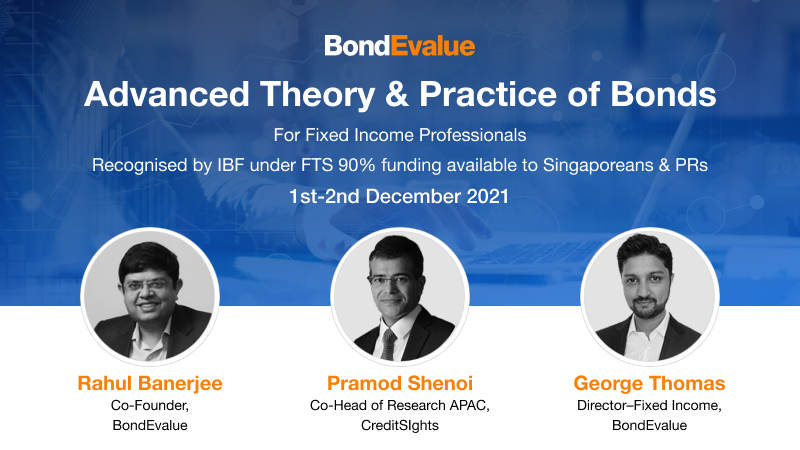 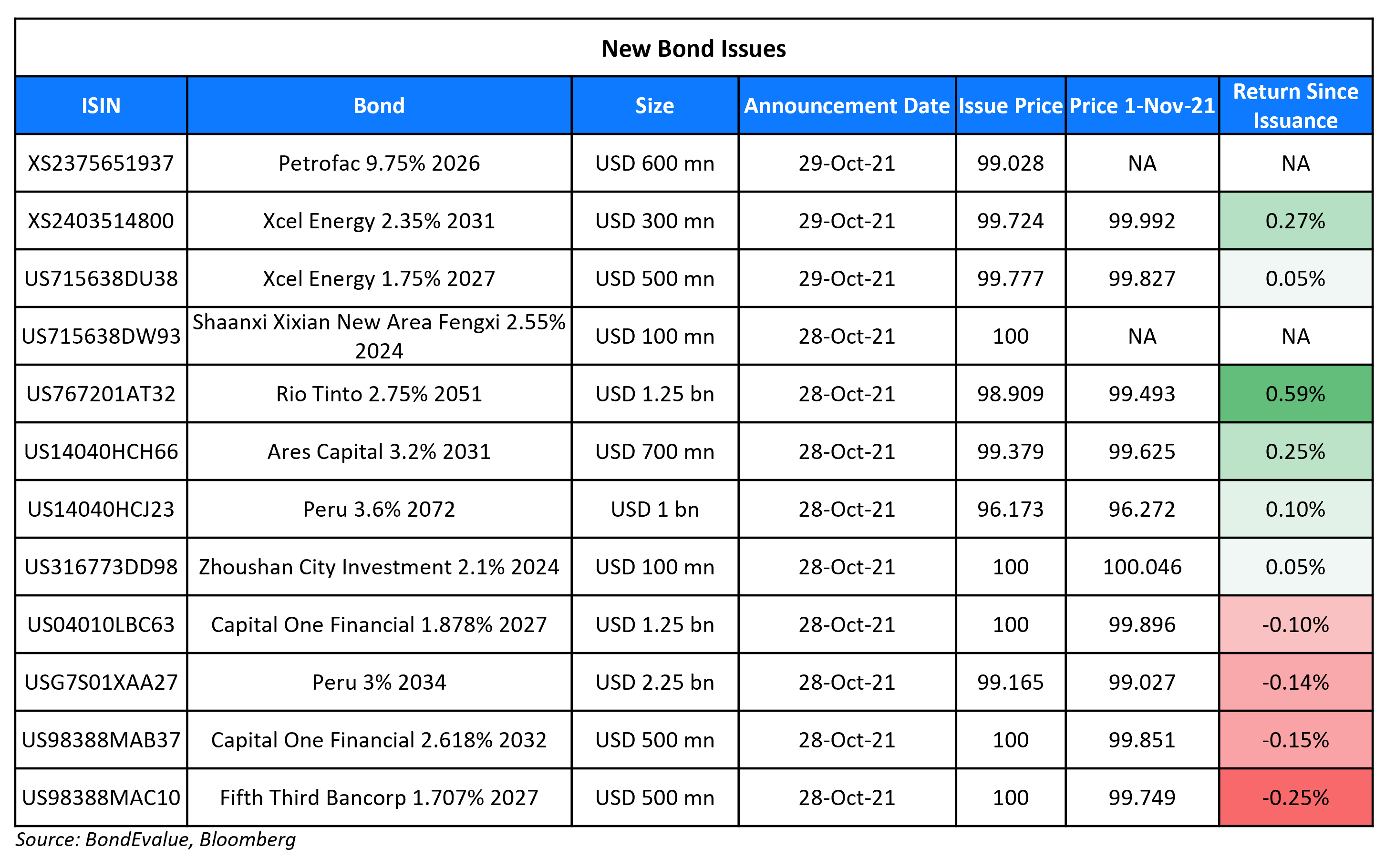 “Smaller LBO financings and more opportunistic trades such as repricings, add-ons, dividend recaps along with the Thanksgiving holiday will likely see issuance drop by 20%-25% from October levels.”

“It’ll probably be a robust month for issuance, but unlikely to be a record breaker after such heavy supply this year and with upcoming holidays.” “But issuers are still going to want to get in front of potential rate increases, and the primary market is open for almost anyone.” “So far, they’ve been pretty good with few disappointments. Companies are talking about supply chain issues, and they’re having to do more to access materials and labor, but it’s not having an impact on margins as demand remains strong,” said Hammond.

“It’s surprising that stocks have not responded more but with real yields so negative, markets are not too worried.” “If you decompose the forward curve on inflation it’s about the near-term pressure on inflation … so breakevens are moving up but central banks are starting to respond, which means slower activity and meaning inflation will not be a problem in the longer-term.”

“(Low real rates), I think that is having an effect on markets in the sense that it’s creating the ‘TINA’ effect: There Is No Alternative to buy higher-yielding securities.” “The real widening (in stocks and corporate spreads) would come on a recession, not so much rates risk, just because we’ve seen time and time again that if markets begin struggling because of interest rate fears, central banks try to push back dovishly again.”

“It’s typical mid-cycle type of economic conditions, where inflation has gone up a bit, rates have gone up, growth starts to slow, but it’s not a recession yet.”

“Expect tantrums in risk if central banks respond to inflation – and tantrums in bonds if they don’t.”

“In our view, the company will need to rely on asset disposals and successfully improving its capital structure to avoid defaulting on its debt commitments.”

“There are a number of factors that will drive growth of ESG bonds from increasing investor demand, greater adoption of ESG strategies by issuers and the need to finance them, to government policy and regulatory requirements.” “We expect to see more harmonisation of local and global standards, greater alignment of ESG financing with issuers’ decarbonisation targets, and more focus on disclosure and transparency from both issuers and investors.”

“Capital allocation towards clean energy, resilient infrastructure, green transport, buildings and sustainable agriculture needs to accelerate into the multiple trillions, every year, rippling through both developed and emerging economies.” “US$5 trillion in annual green investment by 2025 is a real economy investment benchmark to judge progress in greening the financial system,” said Kidney.

“There is an enormous gap globally between ambition to mitigate the worst impacts of climate change, and current climate change policies. COP26 could help reduce this gap by driving members to set more ambitious policies for lowering near-term emissions.”

On the view that Argentina will not pay the International Monetary Fund – Alejandro Werner, former head of the IMF’s Western Hemisphere Department

“Argentina is not going to pay the IMF. Argentina is not going to do good macro-micro institutional policies.” “We’re overplaying the IMF program, because at most it’s going to be a temporary Band-Aid to hold the expectations and delay the run on banks for four months. Then everything will play out because you look at these guys … What are you going to expect from this government?” “The best thing with an IMF program [is that] we’ll have four months in which they will pass one review and that’s kind of it.” “We will go back to arrears or quasi-arrears. At the end of the day, it’s not going to be an instrument for good policies and from the flows side it is not going to change anything.” 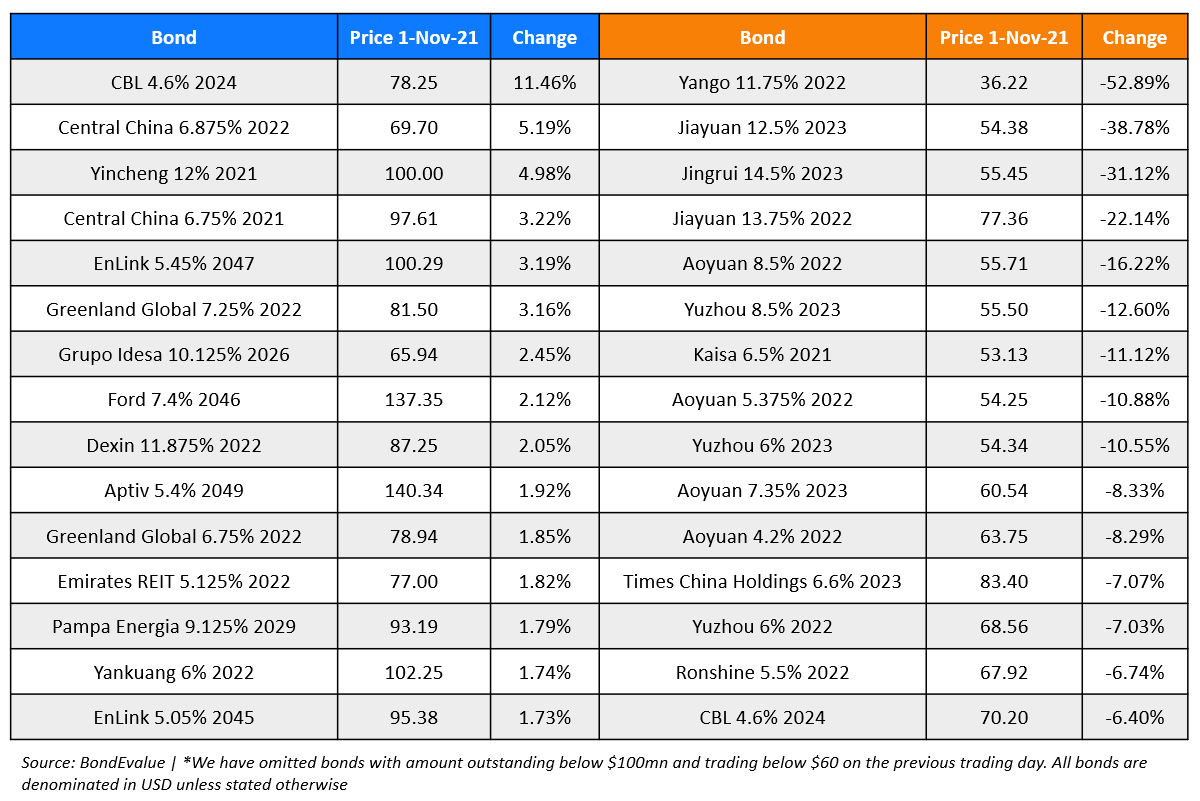