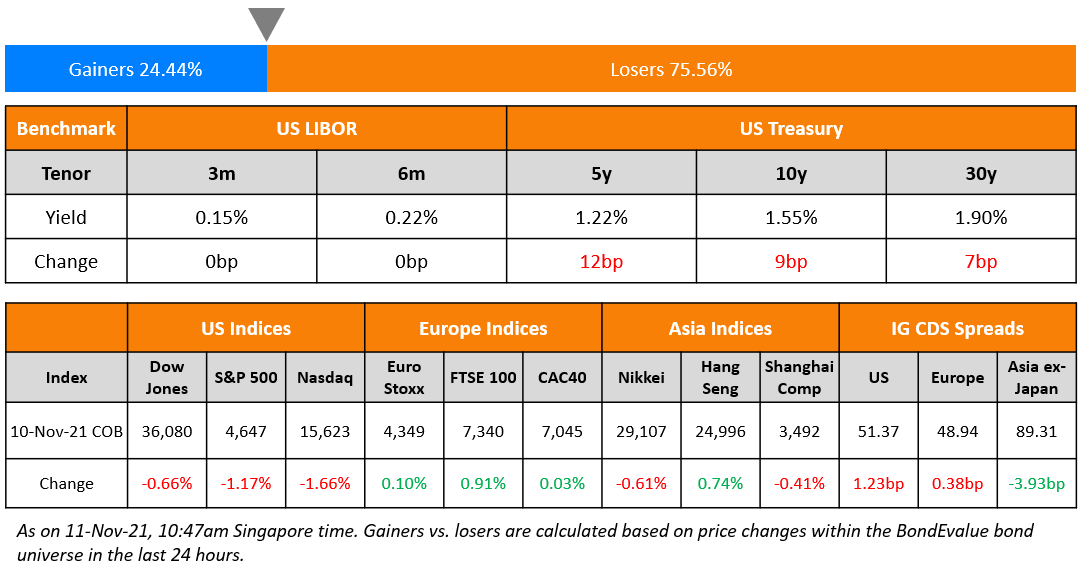 US CPI jumped to 6.2% YoY in October, well above forecasts of 5.8% and Core CPI was also higher than forecasts of 4.3%, coming at 4.6% YoY. This is the highest inflation print by the US since 1990. US jobless claims for the prior week came at 267k, just shy of expectations for a 265k increase. 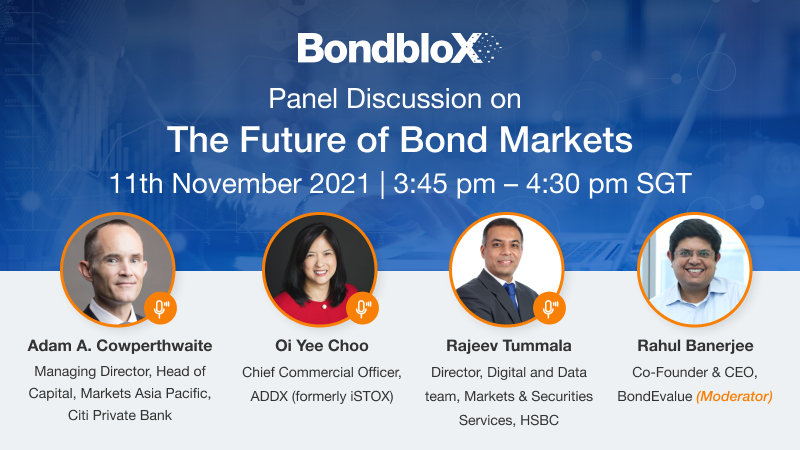 Standard Chartered raised €500mn via an 8NC7 sustainability bond at a yield of 0.84%, 15bp inside initial guidance of MS+100bp area. The bonds received orders over €1.1bn, 2.2x issue size. Proceeds will be used to finance and/or refinance eligible businesses and projects in accordance with StanChart’s Sustainability Bond Framework dated 7 January 2021.

The 3Y tranche was priced at the lowest credit spreads ever for China as an international issuer. Proceeds will be used for general governmental purposes.

Weihai Wendeng District Bluesea Investment & Development raised $85mn via a 364-day bond at a yield of 6.5%, unchanged from initial guidance. The bonds are unrated. The bonds are issued by subsidiary Rowen International and guaranteed by Weihai Wendeng District Bluesea Investment & Development, which is wholly owned by the Wendeng SASAC in China’s Shandong province and mainly engages in infrastructure construction and affordable housing.

VNET Group has pulled its offer for a 3Y dollar bond due to souring market sentiments caused by negative news on Chinese real estate companies. The issuer initially marketed the deal at initial price guidance of 8.75% area, and had expected ratings of B2/B (Moody’s/S&P). Proceeds were planned to be used to fund capital needs and general corporate purposes. VNET Group is an internet data centre services provider in China, providing hosting and cloud services as well as business VPN services.

Japanization, also sometimes known as Japanification refers to the combination of low growth, low inflation and low interest rates. This is an issue that has been inherent in Japan since the collapse of its real estate bubble in the early 1990s with some saying that this was due to structural stagnation in economic growth potential caused by an ageing working age population and demographic dividend. “What markets are seeming to price is a return to secular stagnation, or Japanization,”Former U.S. Treasury Secretary Larry Summers said.

“So the elimination of the condition and therefore the end of the program could — depending on the inflation development — happen in September [next year] or at the end of the year.” “The data analyses we have show that additional lending effects were very low,” he said. “I see no reason for this to keep on running — the economic effect is low.” “Inflation being below 2% at the end of 2022 — I wouldn’t bet a lot of money on that happening.”

On the sharp sellof in US government debt on inflation surge – Tom Graff, head of fixed income at Brown Advisory

“I don’t see how the Fed can afford to wait.” “The pressure is getting awfully high for some sort of response.”

“This is the perfect time to gravitate toward defensive plays, to take profit and to be in the sectors that are strategically positioned toward this volatile market that presents a lot of challenges.”

On the concern over the potential spillover effects from Chinese developers to global financial system – Larry Hu, head of China economics at Macquarie Group

“China appears to be stress-testing its financial system.” “Only under stress do you know how much off-balance sheet debt there is and how much pressure the system is able to handle. But the danger is that China decides to ease off too late.” 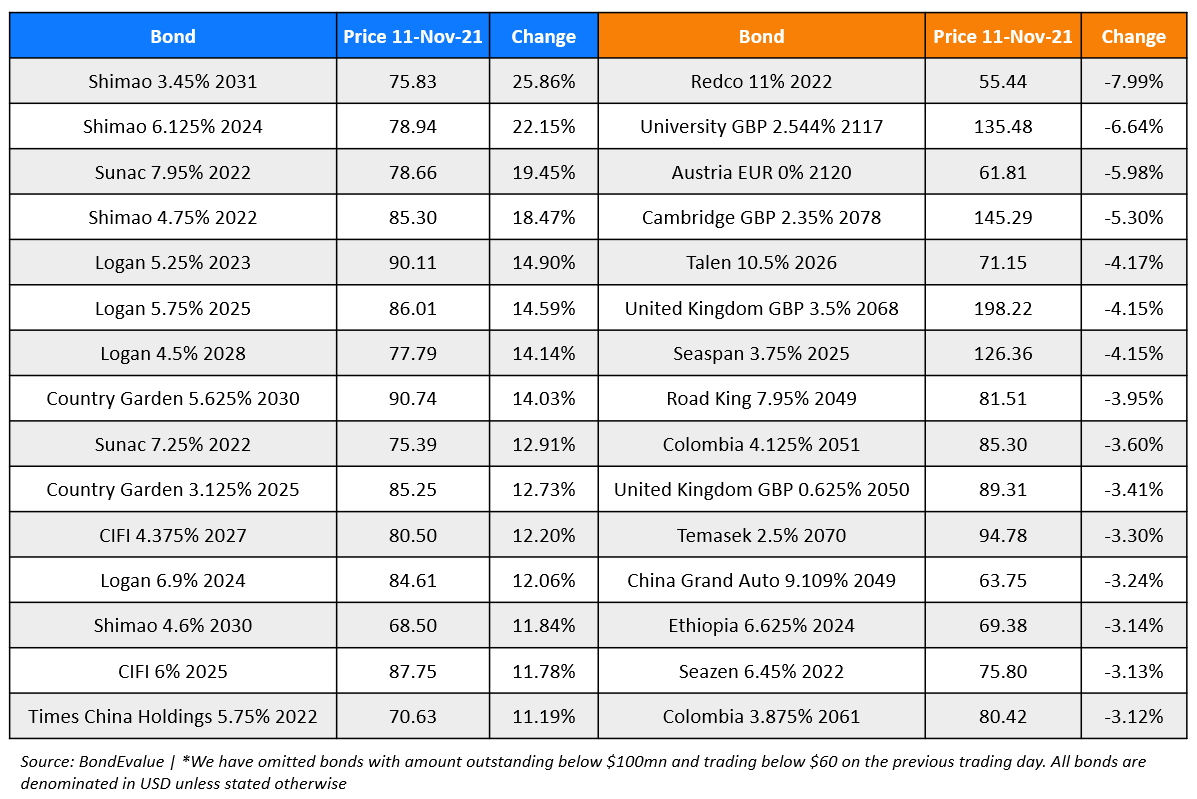