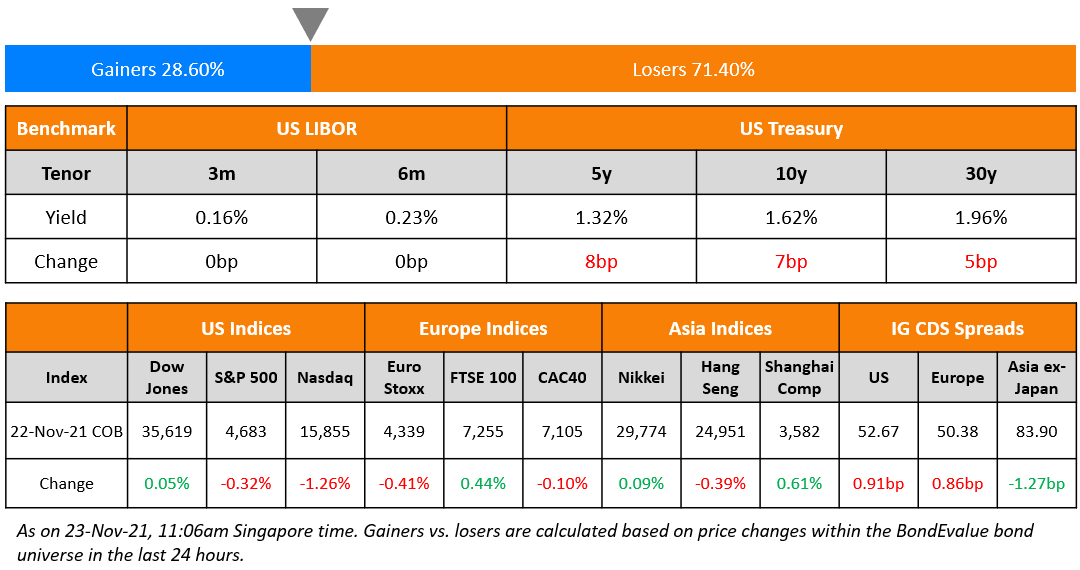 US President Joe Biden said that he will nominate Jerome Powell for another term as Fed chair. Lael Brainard would be the vice chair of the Fed. Market participants consider this to be a slightly more hawkish (Term of the Day, explained below) signal with the Fed Fund Futures now pricing in a 100% chance of a 25bp rate rise by next June, though it was already over 90% before the announcement.

Jinan Industry Development Investment Group raised $100mn via a 364-day bond at a yield of 4.5%, unchanged from initial guidance. The bonds are unrated. Proceeds will be used for project construction, working capital and general corporate purposes. The bonds are issued by wholly owned offshore subsidiary Chanfa International (HK) and guaranteed by Jinan Industry Development Investment Group.

Hawkish is a term used for a monetary policy stance where policymakers are concerned about inflation or overheating risks and therefore adopt a tightening stance. A hawkish stance could be either in the form of rate increases, asset purchases decreases or even indications on the same relative to market expectations. This is the opposite of a dovish stance which tries to ease financial conditions.

“When you have these liquidity issues, you want to be a liquidity provider to the top of the credit quality stack”

“The easing polices will be mild and will be targeted next year… Given the ongoing firm stance on property sector deleveraging, I expect monetary policy easing to be more targeted to support green financing and small and medium-sized enterprises.

[The latest report] indicates the PBOC intends to cushion the impact of potential liquidity tightness stemming from the Fed’s upcoming taper and following tightening… This reflects the current state of China’s economy — sluggish growth means further monetary easing is warranted.”

“We were either going to give up on investments, manufacturing, growth and jobs, or take on a historic challenge to meet our own priorities… We’re pleased to see that the central bank’s policy rate is being kept low…There is a “game” being played against Turkey by those using interest rates, the currency’s exchange rate and inflation…We know quite well what we’re doing with the current policy, why we’re doing it, and the kind of risks it entails and what we’ll achieve at the end”.

“It scares me when I see what is given up in terms of natural prudence and caution… We’ll have to wait to see how things play out, but the reach for yield has overridden the fear factor… I’m optimistic, but you have to keep your wits about you. The bond market is not as safe and secure as it used to be… Portfolio managers looking at this market are not dumb, they are aware of the risks. But if you run a high-yield fund and retreat to Treasuries then you’re going to underperform” 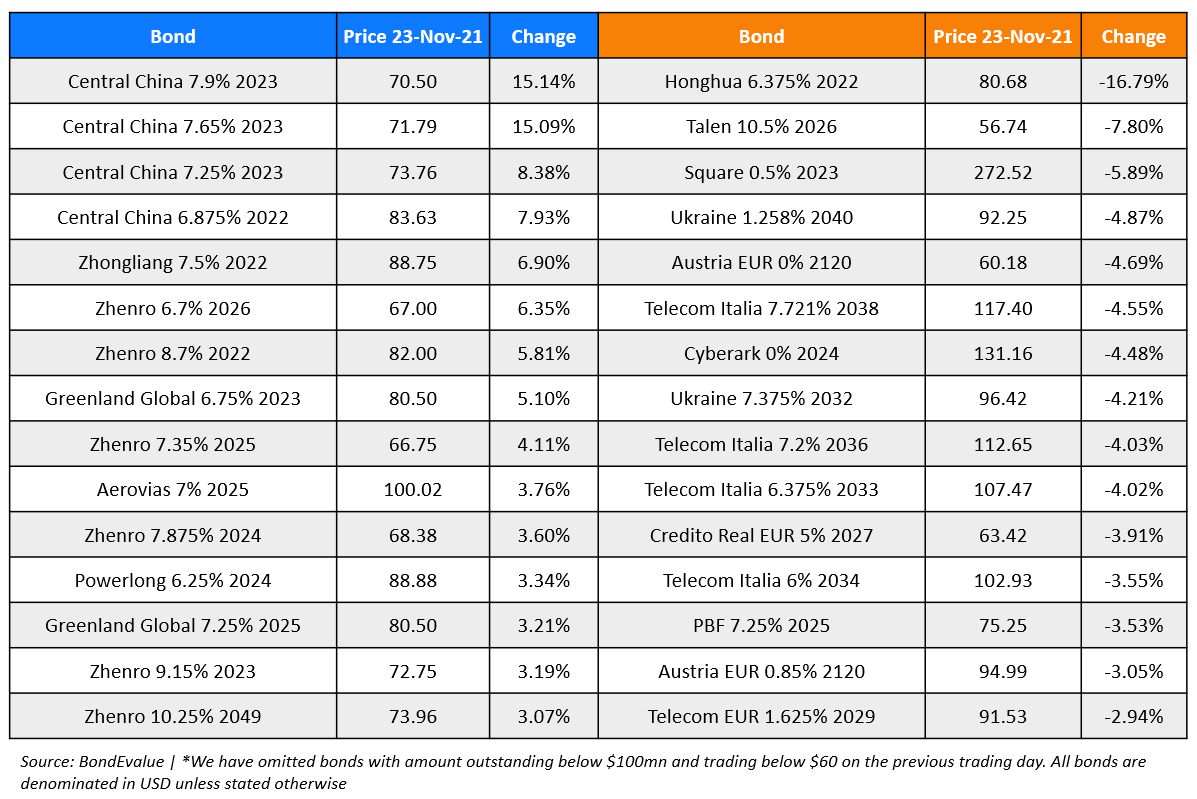