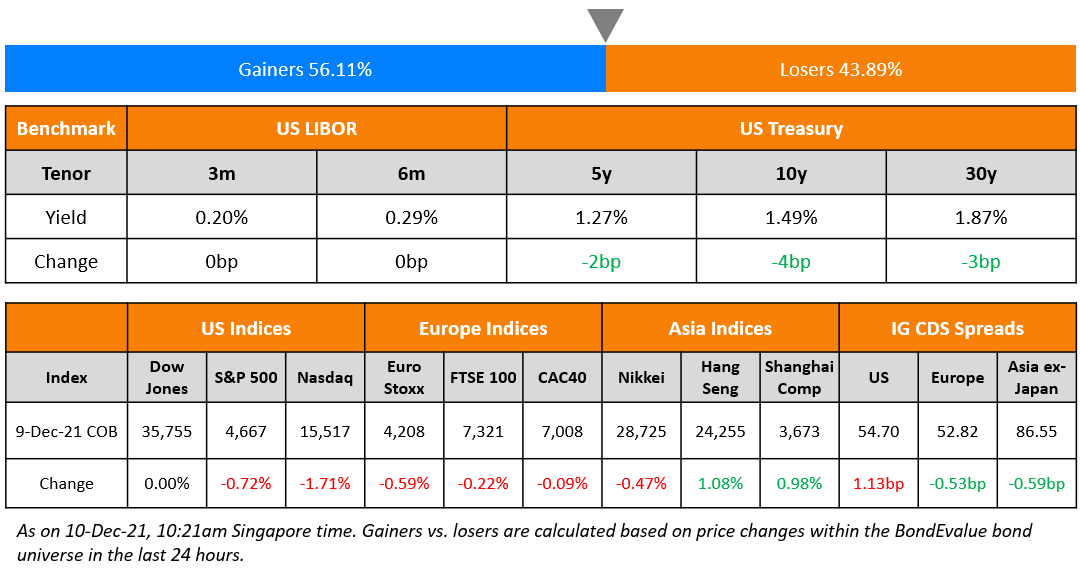 US initial jobless claims for the prior week fell to a new 52Y low of 184,000 vs. forecasts of 215k. China increased its forex reserve requirement ratio for banks to 9% from 7% in an effort to contain the rally in its currency.

Pingdu Construction Investment Development raised $200mn via a 3Y bond at a yield of 5%, 30bp inside initial guidance of 5.3% area. The bonds are unrated. Proceeds will be used for project construction and working capital purposes. The bonds are guaranteed by Pingdu Construction. Both the issuer and guarantor are local financing vehicles of Pingdu, a county-level city of Qingdao in Shandong province.

Ningbo Nanbin Group raised $100mn via a 3Y bond at a yield of 3.5%. The bonds are unrated. Proceeds will be used for financing certain projects and working capital. The bonds are issued by Yi Hong International Development and guaranteed by Ningbo Nanbin.

Value at Risk (VaR) refers to a statistical risk measure which quantifies the maximum dollar loss that can be made over a given time horizon at a pre-defined confidence level. For example, if a portfolio’s 1-Month VaR is $1mn at a 95% confidence-level, then it implies that there is 95% confidence that over the next one month that the portfolio will not lose more than $1 million.

“The capital injection actually doesn’t move the needle that much… For the bonds to compress significantly over sovereign, I think we need to see a concrete action plan from the government.”

“Had AMLO not expressed such support for Pemex, spreads would likely have widened much more”

“They’re kicking the can a little bit further. Investors “need to see that somehow Pemex can find a way to lower its needs for money and start making money.”

Bond investors “are going to get absolutely destroyed when the Fed stops manipulating the bond market… Governments should stop obsessing about Bitcoin and look inward. The biggest Ponzi scheme in history is the U.S. government and mortgage bond market – 33 trillion-with-a-T dollars – all being driven by one non-economic actor with a dominant position who is trading based on material, non-public information… The Bitcoin market is way too big to be manipulated” 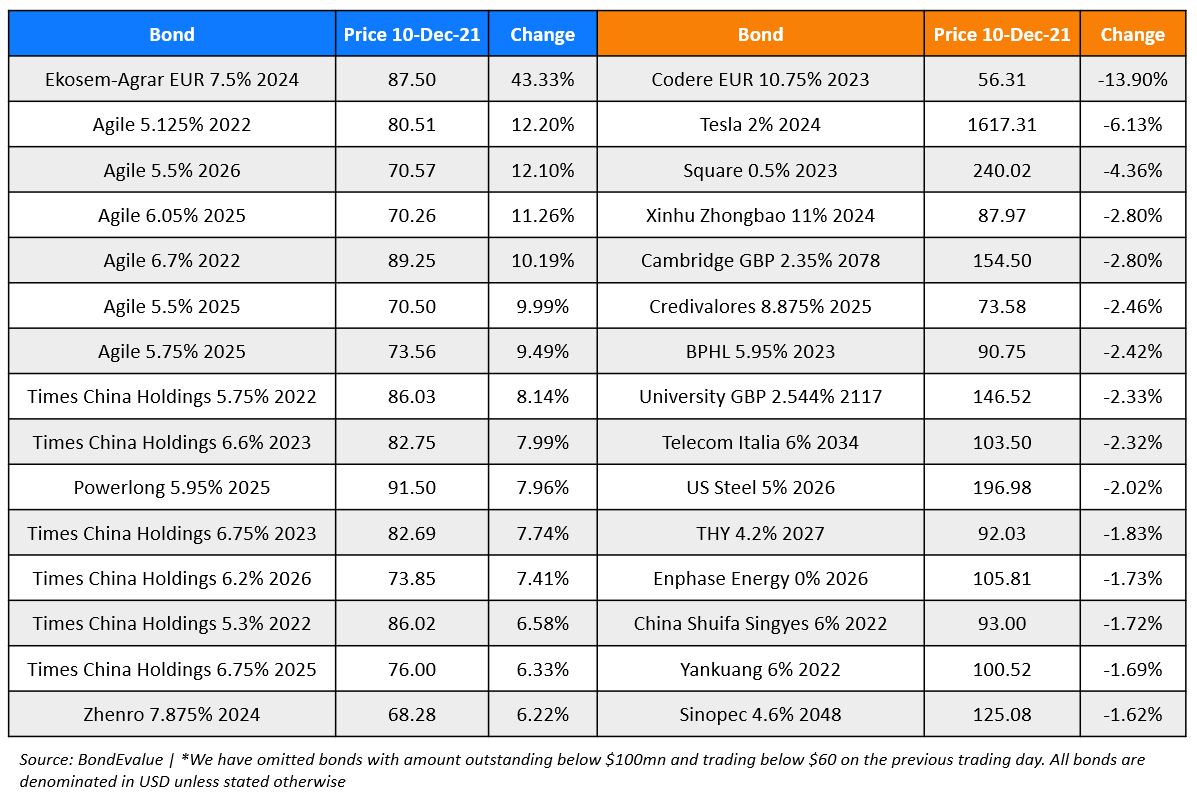