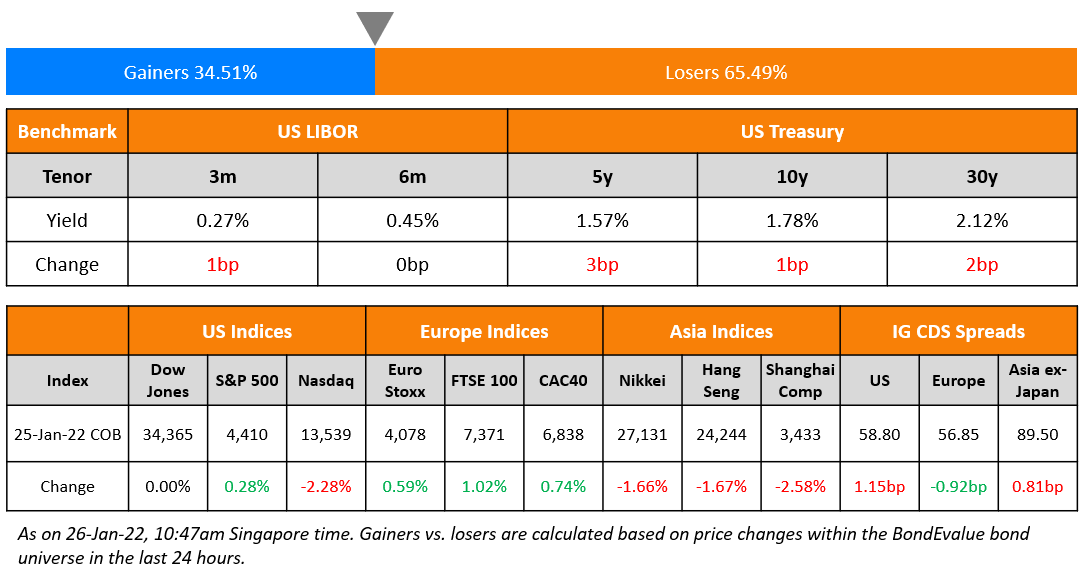 The IMF cut global growth forecasts for 2022 by 50bp to 4.4% on the back of rising Covid cases, supply chain disruptions and higher inflation. However, it upgraded its 2023 growth forecast by 20bp to 3.8%. Singapore’s MAS tightened its monetary policy, its second in three months by raising the “slope” or rate of appreciation of its Singapore dollar policy band.

A reverse enquiry is an inquiry made by a potential investor to an issuer about purchasing a particular debt security in a one-off transaction. Here, the banker to the transaction acts as an agent to the institutional investor and tailors the issuance to meet the investor’s needs. Yesterday, Cinda HK did not proceed with an initially planned 10Y tranche on a reverse enquiry basis, while only proceeding with a 5Y bond.

“Active high-yield managers have cash to invest and the new issue calendar has been slow out of the gates.” “Leverage is high on these LBOs but the equity contributions are also high and these are good businesses.”

“We have been telling investors that 5% yield to worst for high yield was the level we thought was much more attractive.” “Given the amount of cash still on the sidelines and the need to generate some income in this inflationary environment, 5% on high yield doesn’t look too shabby.”

“Typically those deals are late cycle when everything is on the table — no real creditor protections, funding costs tight, etc., which would be consistent with where the market was when these deals were agreed to.” “Now rates are pushing higher, and you might have to put in some concessions or flip some of your deal into loans where the market is still in better shape, but depending on your bogey, you probably had some room in funding cost assumptions.”

On the timing of Fed rate hikes a thorn for Hong Kong’s economy
Lloyd Chan, economist at Oxford Economics Ltd
“At a time when China’s growth slowdown is already exerting a drag, a tighter Fed policy will lead to increased market volatility and capital outflow pressures — potentially a double whammy for the Hong Kong economy.”
Aries Kin-Ming Wong, an expert on Hong Kong’s economy and monetary policy at Hong Kong Baptist University
“Fed rate hikes may not necessarily lead to a significant increase in interest rates here in Hong Kong, in the near term.” “The lending rates can move up later with smaller steps in view of the limited pressure from capital outflows and very abundant interbank liquidity.”
Bruce Pang, head of macro and strategy research at China Renaissance Securities Hong Kong Ltd
“The city could be better placed than many economies to be able to resist some of the pressures from upward dollar-denominated prices.” “PBOC easing will be an upside catalyst for the Hong Kong market, which has a high proportion of Chinese-listed companies.”
Kevin Lai, chief economist for Asia ex-Japan at Daiwa Capital Markets Hong Kong Ltd
“Inflows could turn into outflows easily.”

China’s high-yield credit market is “not as bearish as it was three or six months back.” 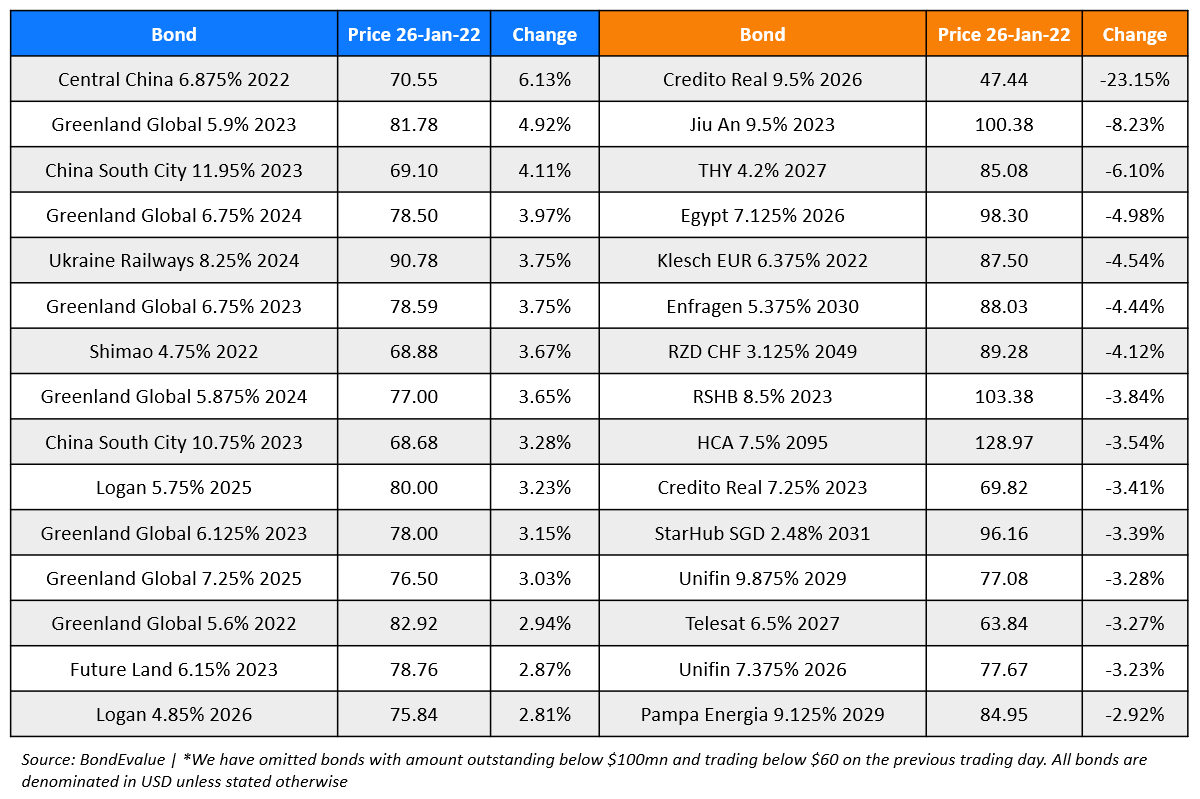