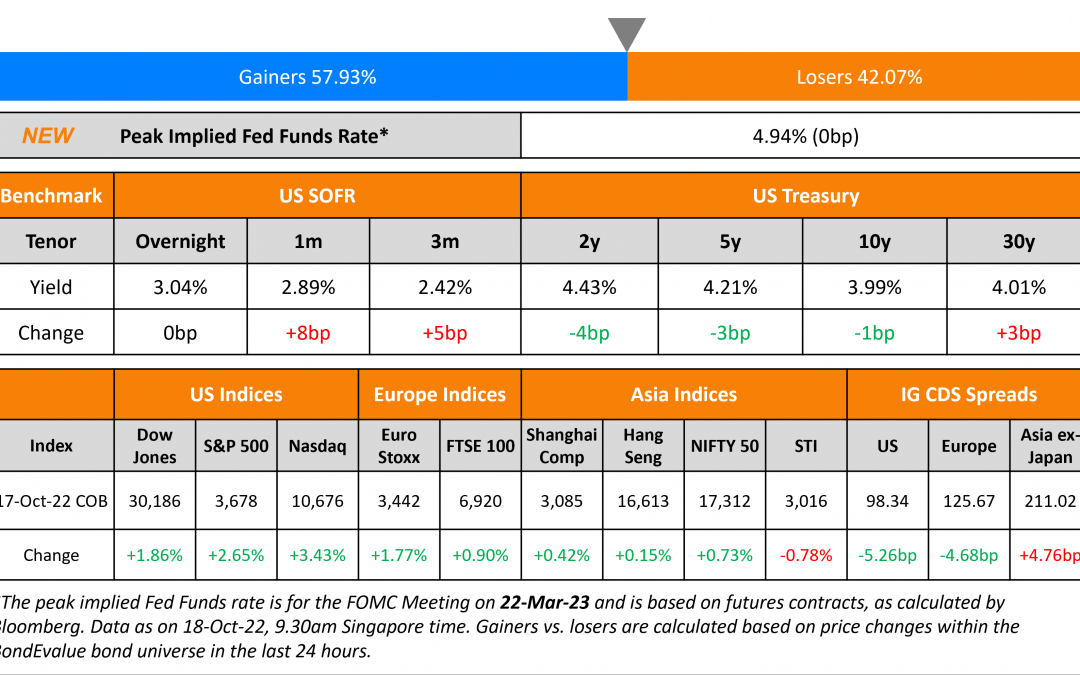 US Treasury yields eased slightly with the 2Y and 10Y yields down 3bp and 1bp. The peak Fed Funds Rate was unchanged at 4.94% for the FOMC’s March 2023 meeting. In the credit markets, US IG CDS spreads tightened 5.3bp and HY CDS spreads saw a 33bp tightening. US equity markets saw a sharp bounce on Monday, reversing Friday’s losses with the S&P and Nasdaq up 2.7% and 3.4% respectively. JP Morgan has said that they have cut down their overweight position in equities and have trimmed their underweight position in bonds due to increased risk that central banks will make a hawkish policy error, as per Reuters.

‘Green Hushing’ is a term that refers to a company deliberately underreporting/not publicizing their sustainable practices in fear of being accused of not doing enough. This is in contrast to ‘Greenwashing’ which a marketing practice where companies vastly overstate environmentally-friendly initiatives.

As per a study by South Pole, there is an increasing number of companies and businesses setting net-zero targets but many are choosing not to publicize their work. South Pole says that one in four companies setting science-based targets (SBTs) on climate change are not making them public which they cite is possibly because of “media scrutiny, NGO critique and the threat of lawsuits”.

“While EPS revisions have been incredibly resilient so far, earnings are finally likely to see some weakness in Q3… intermediate yields look vulnerable given volatility and a dearth of buyers”

On Momentum Building for Creating a Treasury Bond Buyback Program

“When we warned last week that Treasury buybacks might begin to enter the debt management conversation, we didn’t expect them to jump so abruptly into the limelight… September’s liquidity strains may have sharpened the Treasury’s interest in buybacks, but this is not just a knee-jerk response to recent market developments”

“That does have actual implications for liquidity at a market structure level, and if there’s elevated rate volatility dealers have less capacity to warehouse risk across government bonds as well as spread products”

“When you tighten financial conditions this aggressively, this abruptly, things are going to break… Where do they break first? Almost always, it’s in the levered strategy… The push toward a much more aggressive fiscal policy kicked off more pressure in an already-deteriorating market… But the proximate cause of the real stress was the levered LDI business model. If you have to borrow to sustain your strategy and you have to pay higher margin costs to maintain your leverage, you’re in a really difficult spot right now.” 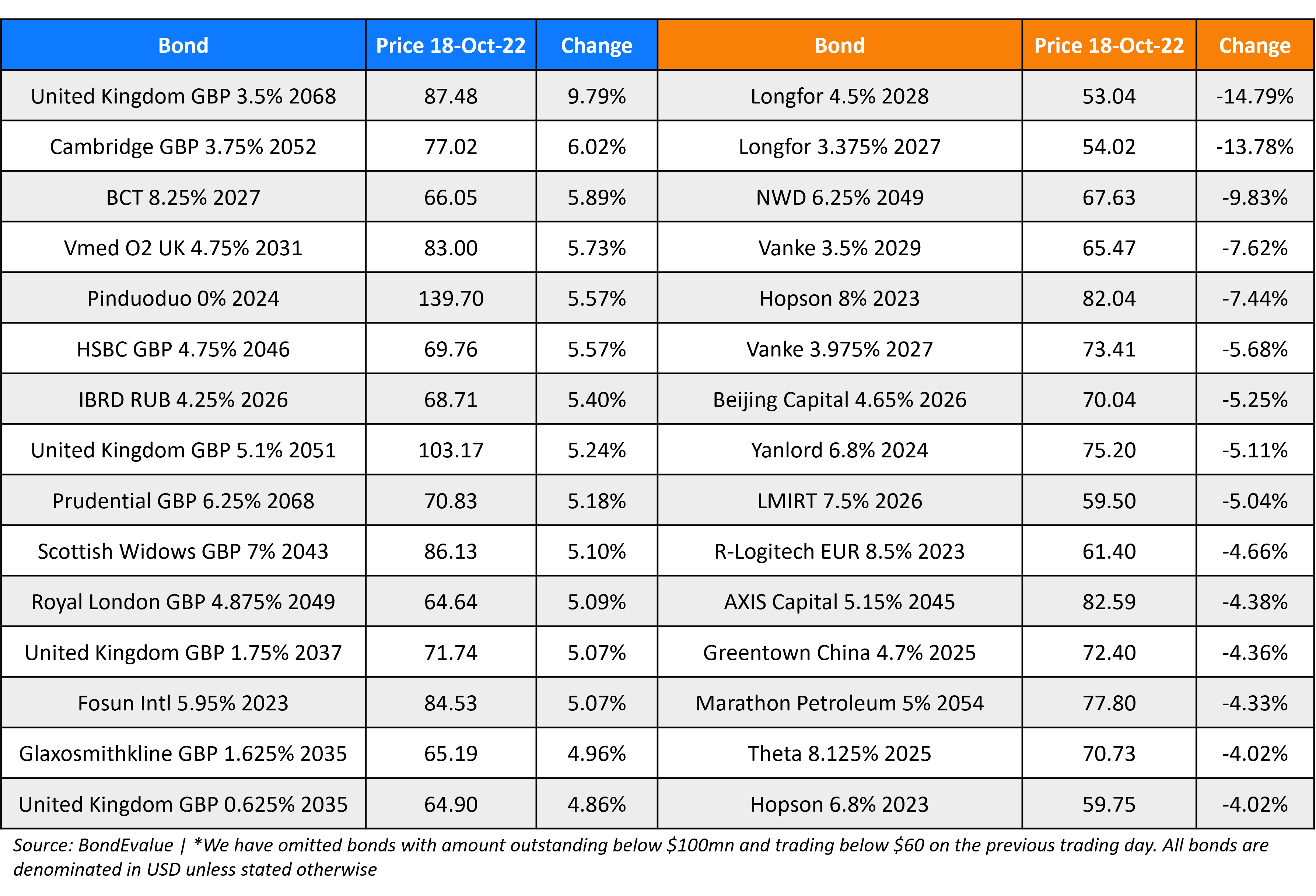