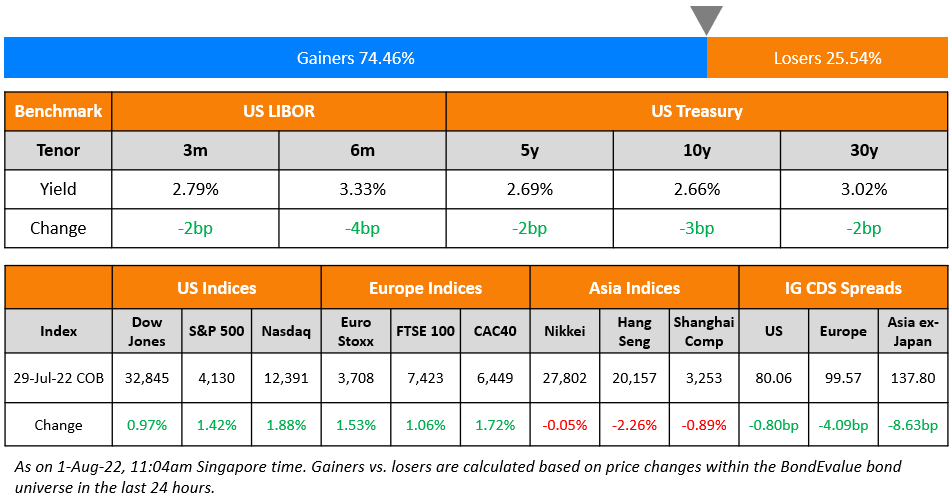 Oman’s central bank raised its repo rate by 75bp to 3%, given the OMR’s peg to the dollar. Saudi Arabia’s GDP grew by 11.8% YoY in Q2 on higher energy prices and production. GDP growth was the fastest since 2011. Eurozone inflation in July rose to an all-time high of 8.9% against expectations of 8.7%, and June’s print of 8.6%, on higher food and energy prices.

Bear flattening refers to a change in the yield curve where short-term rates move up faster than long-term rates, so that the two begin to converge. This phenomenon is widely regarded as a leading indicator for an economic contraction. If the yield curve moves lower and bond prices move lower, it is considered a bear move, while the opposite is a bull move. Typically, short-term rates rise when the market anticipates the central bank to embark on a tight monetary policy, often with the aim of bringing inflation down.

Over the course of H1 2022, the Treasury yield curve initially saw this kind of bear flattening as the Fed Funds rate was hiked 3 times by a total of 150bp. In July, the short term interest rates continued to rise at a faster rate compared to long-term rates, leading to an inversion of the yield curve. This was likely a result of market expectations that the Fed would raise interest rates again amid higher-than-anticipated inflation rates. The Feds ultimately delivered another 75bp rate hike at the FOMC meeting last Thursday. Currently, the yield curve remains inverted with the 2s10s at negative 25bp.

On Chinese Banks Facing $350 Billion in Losses From Property Crisis

Zhiwu Chen, a professor of finance at the University of Hong Kong Business School.

“Banks are caught in the middle, If they don’t help the developers finish the projects, they would end up losing much more. If they do, that of course would make the government happy, but they add more to their exposure to delayed real estate projects.”

“There is no conceivable way that a 2.5% interest rate, in an economy inflating like this, is anywhere near neutral…I don’t see any basis for thinking that either of those statements is a reasonable prediction given what we know…just to get to a neutral posture with respect to inflation we’re going to take unemployment up towards 5, and to help bring down inflation, joblessness would need to climb past that level”

On the Euro Feeling Pressure as the Risk of Recession Increases

“In some ways the situation is more dire than 10 years ago, and in others, more benign…It’s less of a deleterious problem for the integrity of the euro as a currency. But economically, growth could prove to be a bigger issue than back then.”

“Today, the main risk is inflation risk, The most important message was how the ECB can normalize the situation, without creating a debt crisis. The idea now is to avoid something, not to fix something.”

On Australia Hiking Key Interest Rate by 50 Basis Points to 1.85%

“The RBA is behind the pack…The current cash rate is not appropriate for an economy with an unemployment rate at around a 50-year low and with core inflation running at a 6% annualized pace.” 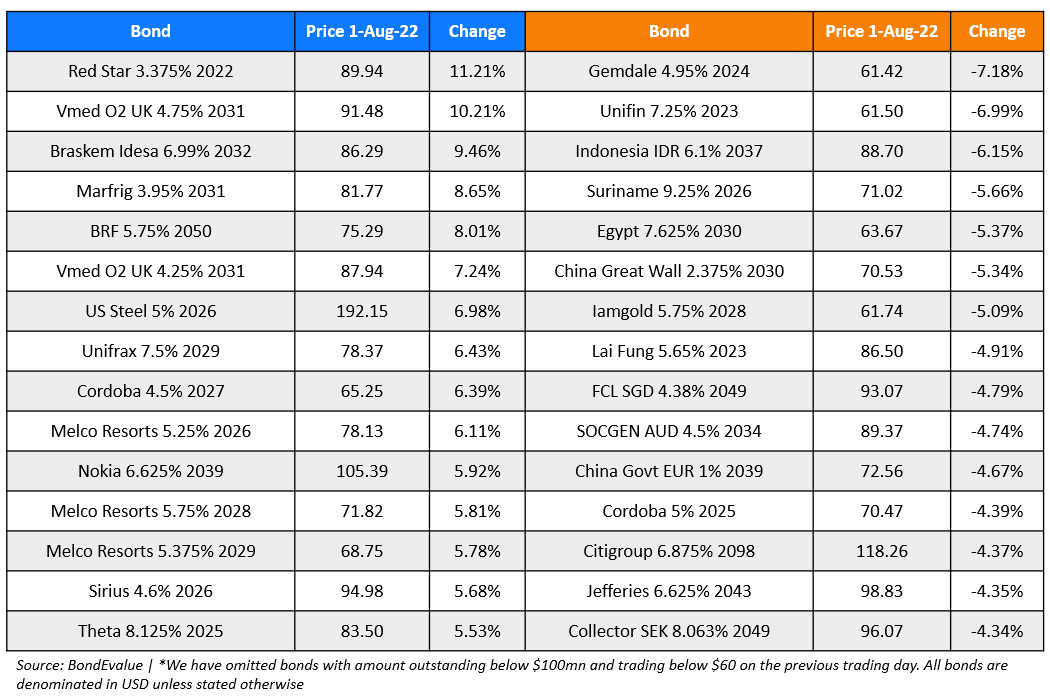