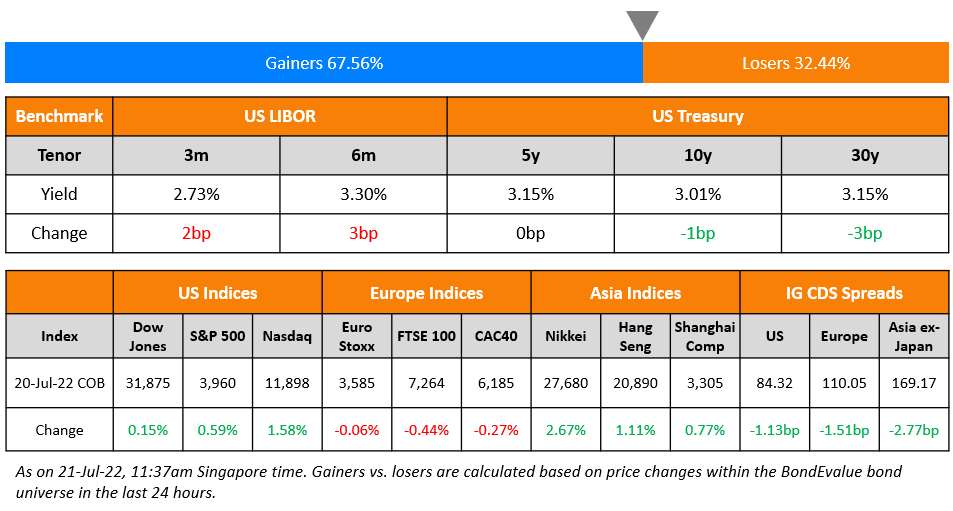 US equity markets continued its upward trend on Wednesday with the S&P and Nasdaq up 0.6% and 1.6% respectively. Sectoral gains were led by Consumer Discretionary up 1.8%, followed by IT gaining 1.6%, while Utilities were down 1.4%. US 10Y Treasury yields were 1bp down at 3.01%. European markets were lower with the DAX, CAC and FTSE down 0.2%, 0.3% and 0.4% respectively. Brazil’s Bovespa was flat. In the Middle East, UAE’s ADX and Saudi TASI were up 1% and 0.9%. Asian markets have opened mixed – Shanghai, HSI, and STI were down 0.4%, 1.2%, and 0.7% respectively while Nikkei was up 0.2%. US IG CDS spreads narrowed 1.1bp and US HY spreads were tighter by 31.5bp. EU Main CDS spreads were 1.5bp tighter and Crossover spreads were tighter by 3.2bp. Asia ex-Japan IG CDS spreads tightened 2.8bp.

June CPI inflation in the UK rose to 9.4%, higher than expectations of 9.3% and May’s print of 9.1%, marking the highest CPI print in 40 years. Thus, expectations for a 50-bps rate hike next month by BoE have risen. Canada CPI rose 8.1% in June. the highest in four decades. Higher gasoline and food prices had quickened inflation. Investors expect a 75bp hike in September by Bank Of Canada. 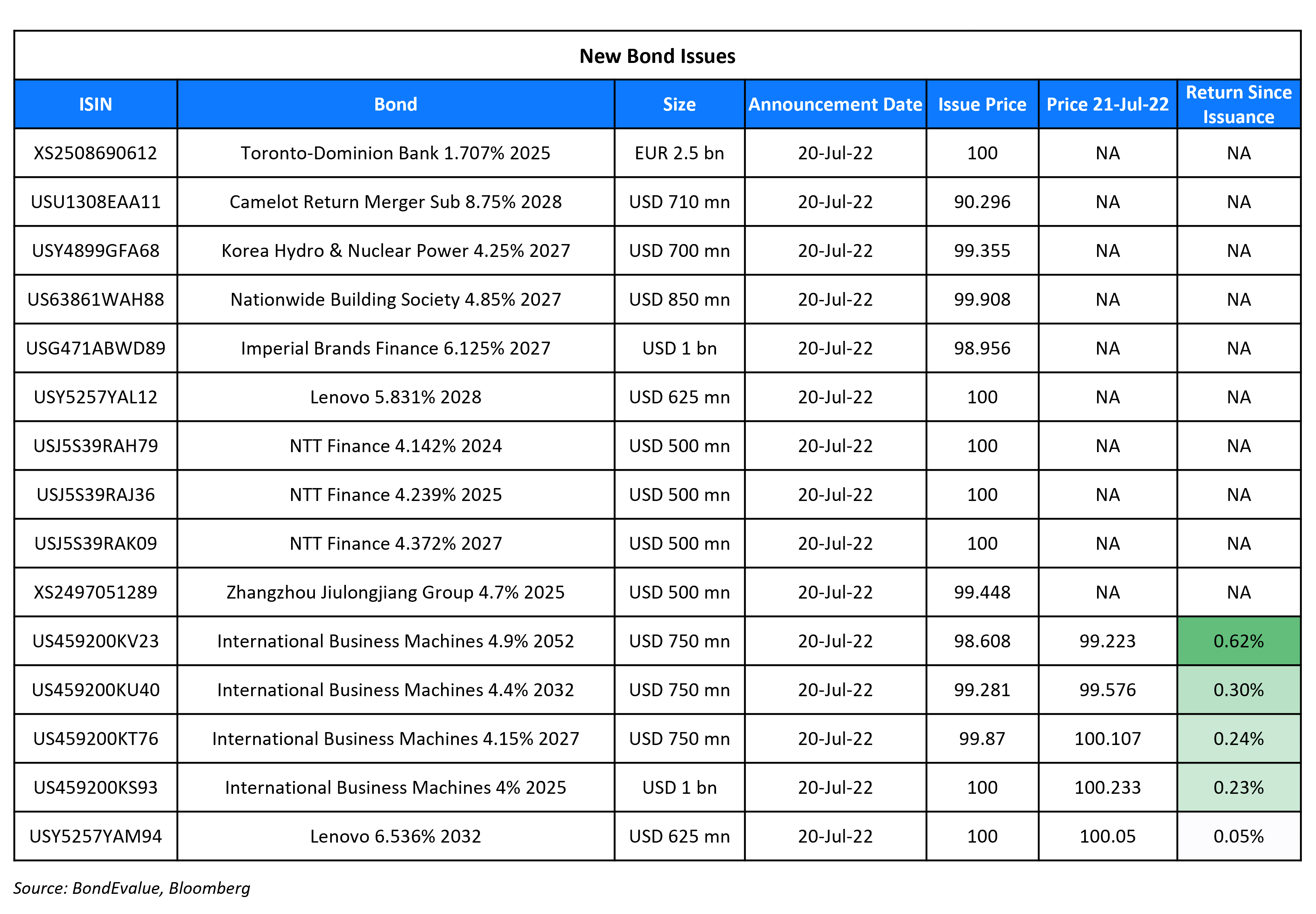 IBM raised $3.25bn via a four trancher. It raised:

The bonds have expected ratings of A3/A-. Proceeds will be used for general corporate purposes. Lenovo raised $1.25bn in a two-tranche deal. It raised

The bonds have expected ratings of Baa2/BBB–/BBB.

“On balance, our forecast sees the global economy skating through and avoiding a synchronized downturn. The risks to our forecast look skewed heavily to the downside. As such, we also reaffirm our 50% recession call articulated… Global recession is, indisputably, a clear and present danger”

“I reiterate the call to all other bilateral official and private creditors to join this initiative and assist Ukraine as it defends itself from Russia’s unprovoked and brutal war, which has had a devastating impact on Ukraine’s people and economy, with spillover effects throughout the world” 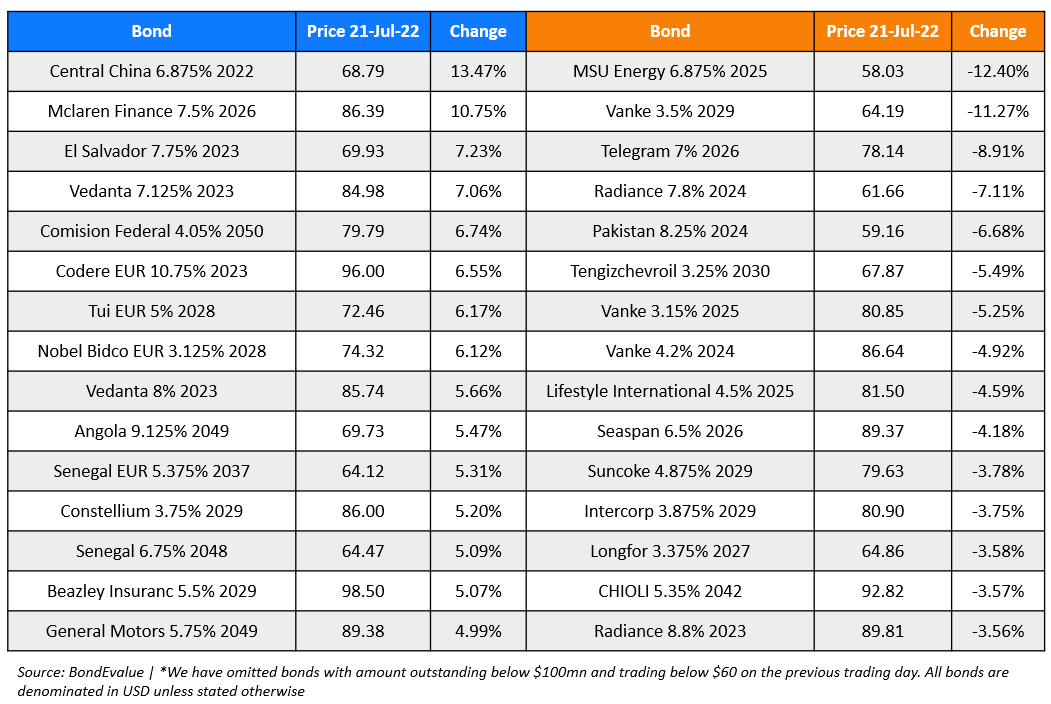