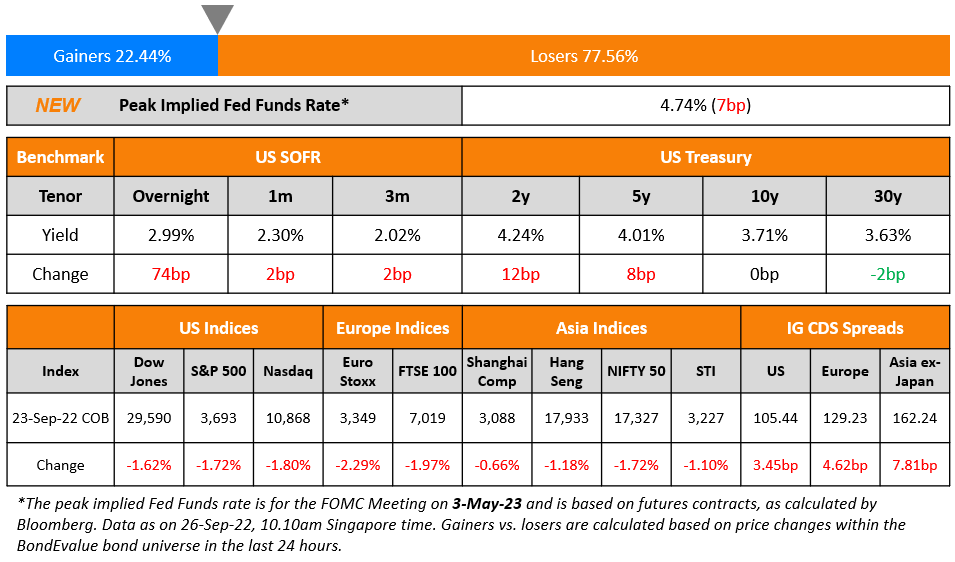 European equity markets were also down by ~2%, and credit markets saw EU Main CDS spreads rise by 4.6bp and Crossover spreads move 18bp higher. The UK government announced permanent tax cuts costing £45bn per year ($47bn) and plans to borrow an additional borrowing of £72bn ($79bn) over the next six months. This comes as UK’s budget deficit is expected to hit 8% of GDP in 2022/23 as per the NIESR. The sterling fell 3% post the announcement to a 37-year low at below 1.09 to the dollar. Meanwhile 5Y UK gilt yields jumped by a massive 50bp, the largest daily spike in 31 years, to 4.06% while the 10Y rose 33bp to 3.83%.

Oriental Capital raised $230m via a 3Y bond at a yield of 7%. The bonds are guaranteed by Yancheng Oriental Investment & Development Group Co. Proceeds will be used for refinancing of existing offshore debts. The bonds have a change of control put at 101.

A moratorium is a temporary suspension on debt wherein the borrower does not have to make any repayments. It is a waiting period with some protections for the borrower before repayments begin. However, the interest is accumulated until the end of the moratorium period and the accrued interest is then added to the principal amount of the debt.

“Bottom line, all those years of central bank interest-rate suppression — poof, gone… These bonds are trading like emerging market bonds, and the biggest financial bubble in the history of bubbles, that of sovereign bonds, continues to deflate”

“With more Fed rate hiking coming and quantitative tightening, as well as the possibly more government debt issuance down the road amid less Treasury buyers out there now, it all just means higher rates… The 10-year yield is definitely going to get closer to 4%”

“Whether 4.6% is the peak rate or they have to go further depends on the inflation trend”

“It’s a sell everything world!”

“It’s unlikely Japan will continue intervening to defend a certain line, such as 145 yen to the dollar… It’s impossible to reverse the market’s broad trend with intervention alone. The most authorities can do is to soothe markets when currency moves become very volatile” 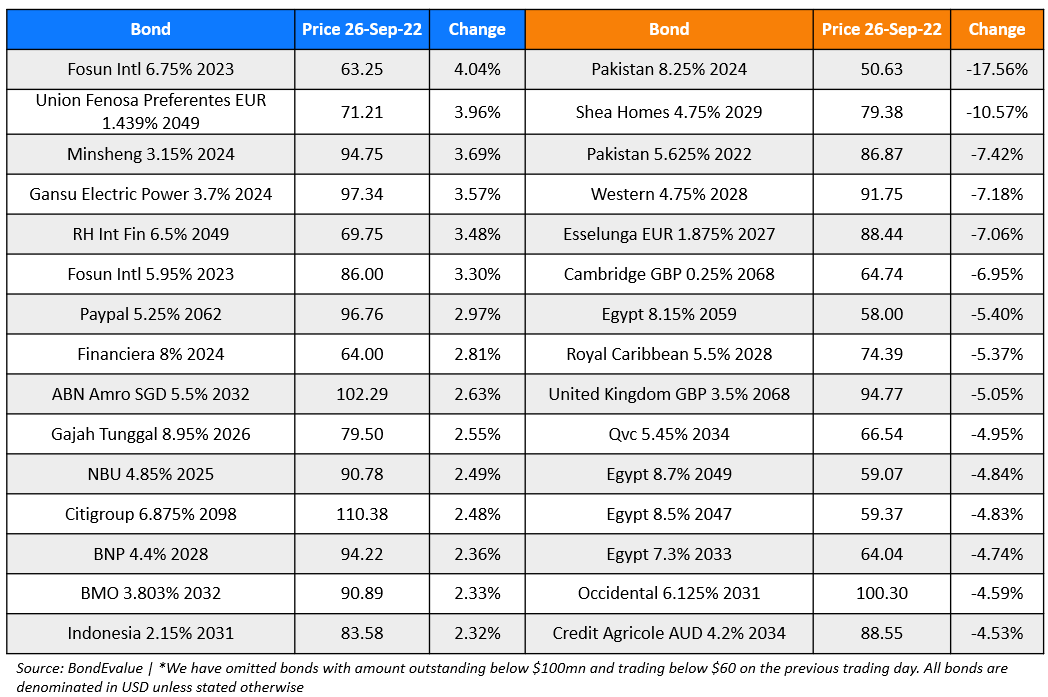