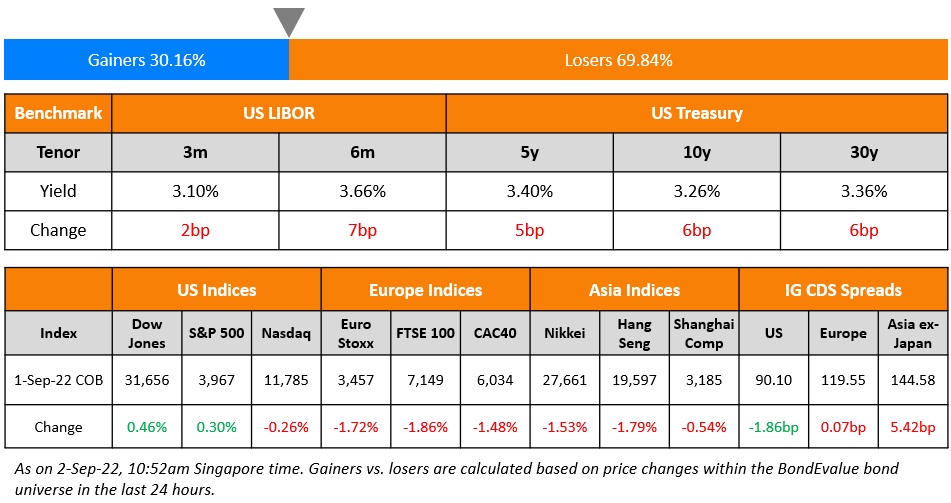 Average dollar bond spreads of Asian IG corporates are now tighter than that of its US IG peers as measured by Option-Adjusted Spreads (OAS) (Term of the Day, explained below). This would imply that Asian IG corporates currently have a lower credit, liquidity and optionality risk than US IG counterparts. Overall, this is an infrequent occurrence in financial markets although it is the second time that Asian IG spreads have gone below US IG spreads this year, after a similar move occurred in June. Prior to June, this spread tightening was observed at the peak of the pandemic in 2020, and before that, one has to look back at late-2016 when such a move happened (as seen in the chart below). Analysts note that this move has been fueled in-part by divergent monetary policies from the regions – the Fed has been hiking rates with a hawkish stance while Asian spreads that are primarily dominated by China have seen the nation cut its policy rates and ease monetary policy. 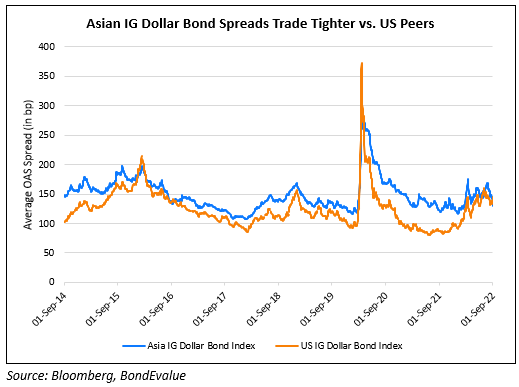 Unemployment rate in the Eurozone for July fell to an all-time low of 6.6% vs. 6.7% in June and down from 7.7% a year ago. ECB will hold a policy meeting next week amid record high inflation and low unemployment rate with 75bp rate hike expectations. In the US, initial jobless claims fell by 5k to 232k for August 27, lower than estimates of 248k indicating a healthy demand for labor in moderate economic growth. In Pakistan, inflation rose to 47-year high of 27.26% for August, higher than estimates of 26.6% and July’s 24.93% print, led by transport and food prices shooting higher by 63% and 29.5% respectively. 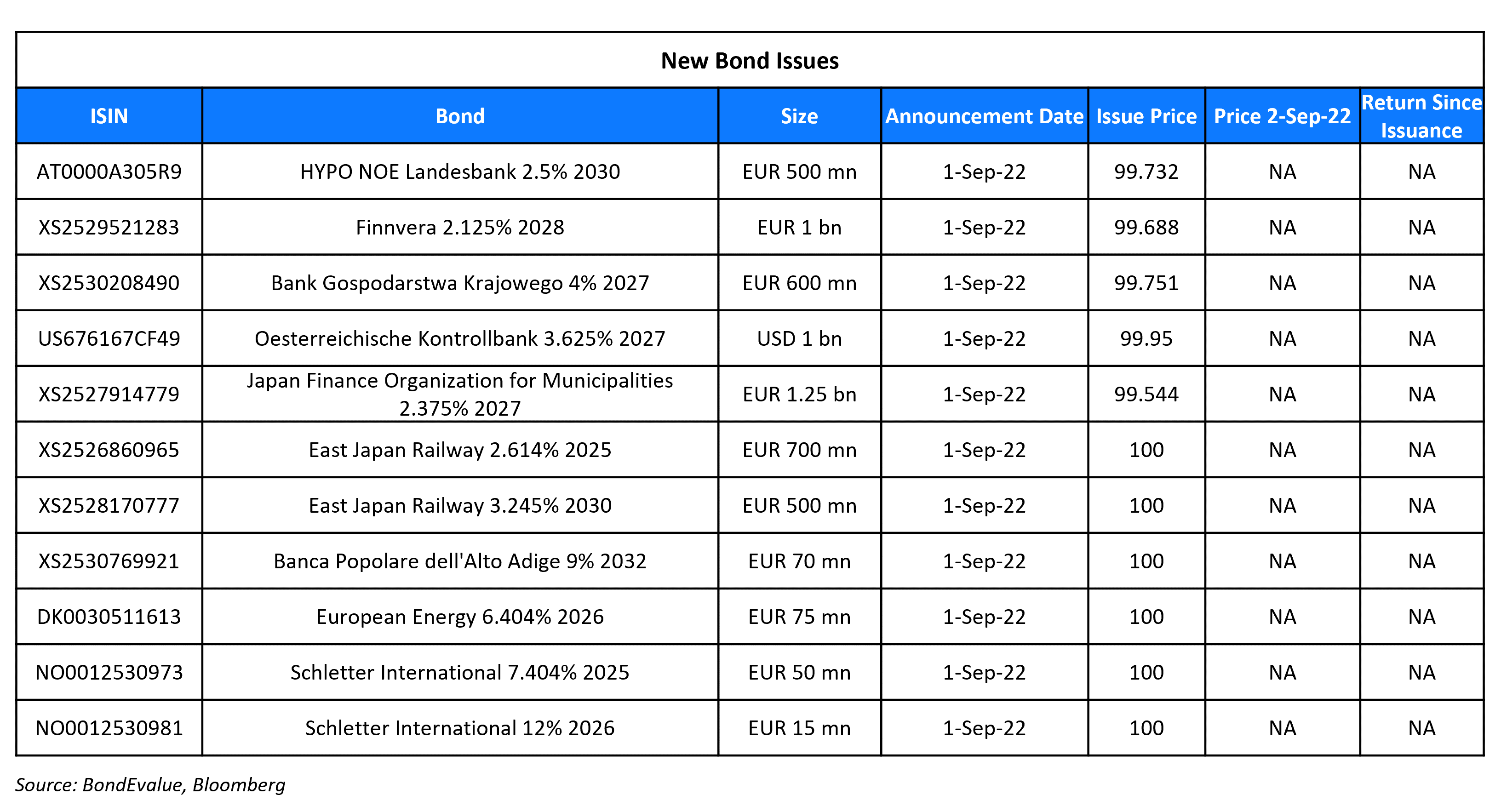 The senior unsecured bonds have expected ratings of A1/A+. Proceeds will be used for general corporate purposes.

Option Adjusted Spread (OAS) refers to a measure of the credit spread of a bond with embedded options relative to a benchmark, similar to the Z-Spread. The key difference between OAS and Z-Spread lay in the optionality. When comparing two bonds – one with an embedded option and one without – OAS is a better measure compared to Z-Spread as the former adjusts for/removes the impact of optionality for a like-to-like comparison. Put simply, OAS ≈ Z-Spread + Option cost.

“Despite the main drivers of domestic demand coming in line with our expectations, a large drawdown in inventories and statistical discrepancies came as a surprise”

“We will not be surprised, if RBI decides to slow down its pace of rate hikes to 25 basis points clips from September onwards”

Nerijus Maciulis, an economist at Swedbank

“The ECB will continue hiking rates at an accelerated pace and will send a hawkish message. It needs to repair its reputation and be able to claim victory once inflation starts retreating.”

“The ECB will continue to drive a hard line against inflation, despite evidence that growth is slowing. We even expect the ECB to outright recognize that the economy is now entering a recession, but that it will continue to hike regardless”

Carsten Brzeski, an economist at ING

We may be on the cusp of a distressed debt supercycle. But unlike in 2008, the crisis is likely to originate from EM, not DM 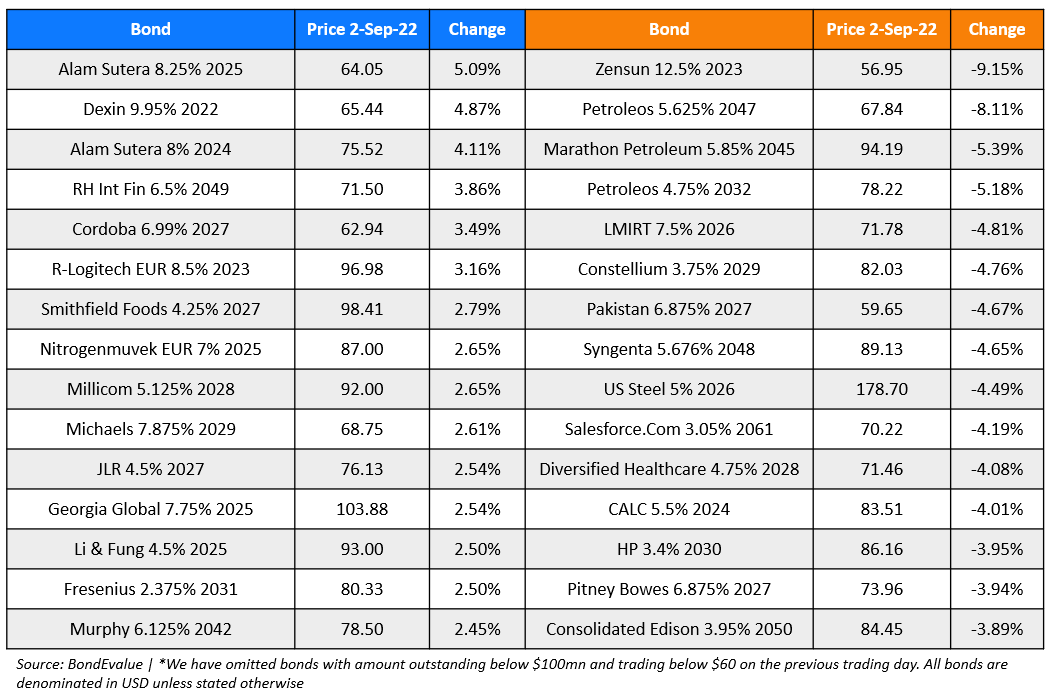