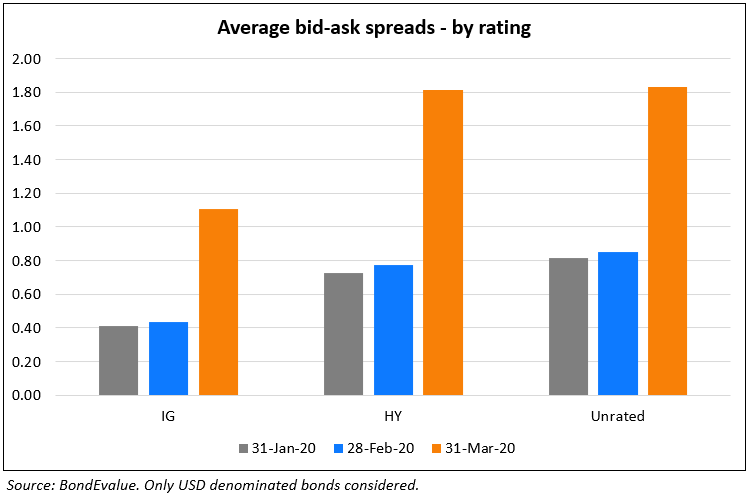 A mad March if there ever was one. We took a dive into the data in our bond universe to see which sectors took the major hits last month in terms of total unrealized losses and price movements. Unsurprisingly, Sovereigns topped the charts for notional loss in March, so we did a breakdown to see which countries had the biggest impact. We also took the average bid-offer spread movements across the three months in 2020 to see how these have moved to get an idea of the liquidity changes in the market.

Uncrystallized losses for USD denominated bonds, calculated by multiplying the price change in March with the amount outstanding, shows that Sovereigns and Quasi-Sovereigns, Banks and Financial Services and the Energy sector took the biggest hit. Total uncrystallized loss for March stood at $274bn.

We compiled the sovereign bonds by country to show which country’s bonds fell the most. The table below is sorted by average price change in March. 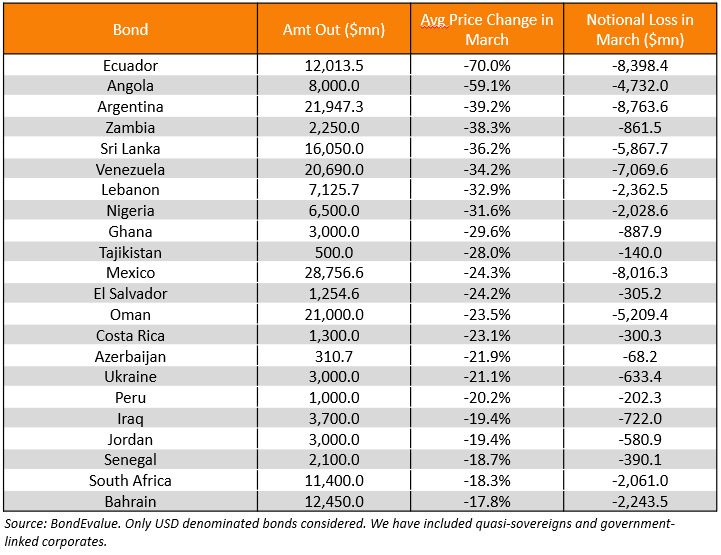 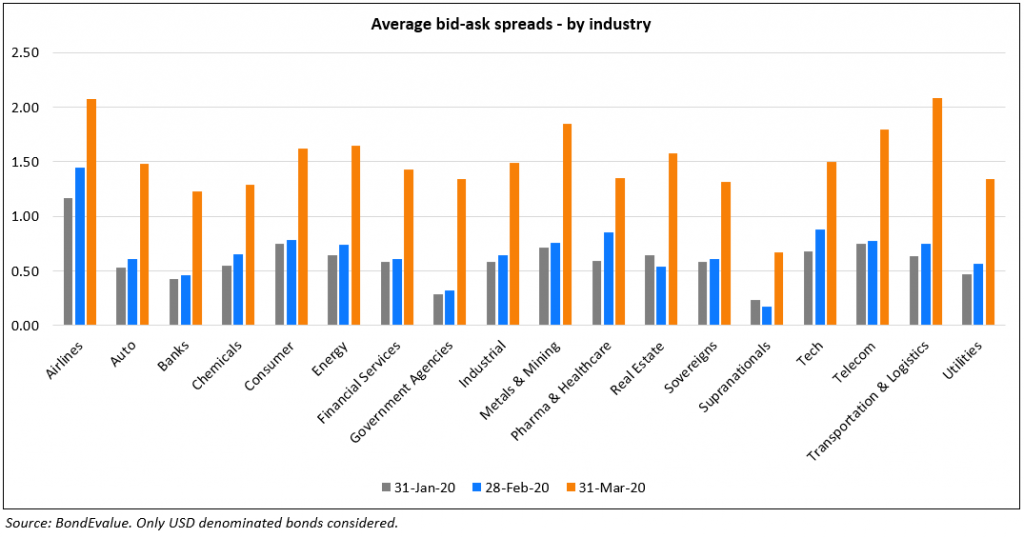 The average bid-offer spread by region is shown below. The change in Indian bonds is noteworthy. 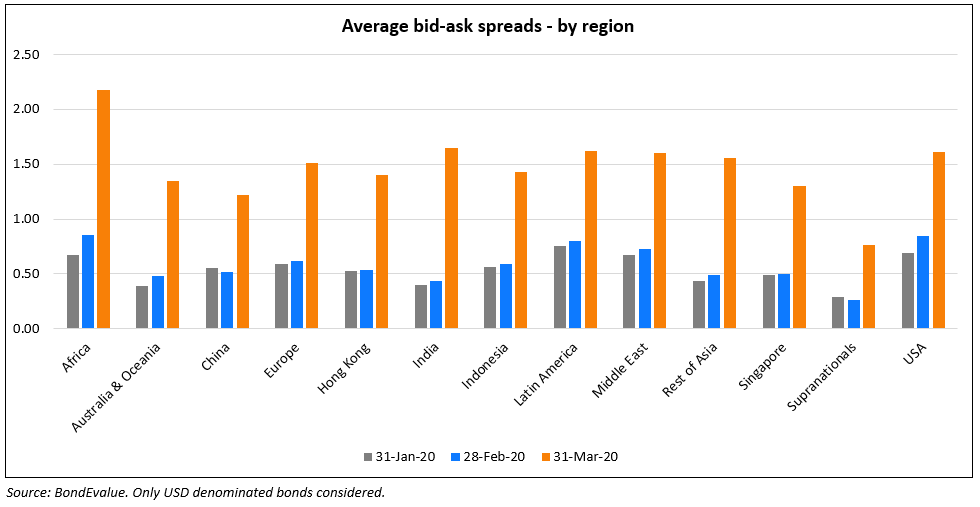