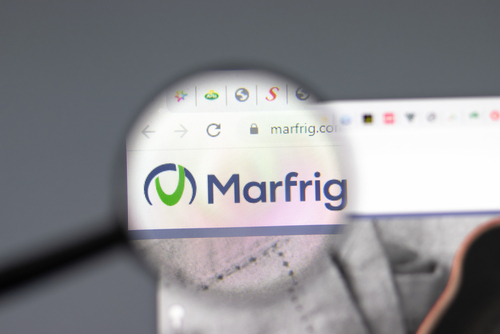 Marfrig Global Foods was upgraded to BB+ from BB by S&P. The rating agency views that Marfrig’s business risk profile relatively strong for its rating category – its considerable size in the US and South America mitigates commodity cycle volatility. Marfrig has a 33.25% stake in BRF, the world’s largest poultry exporter. Marfrig is set to exert “significant influence over BRF” and control leverage, according to S&P despite its minority stake due to the board appointed by Marfrig which will influence strategic decisions. Marfrig has been posting record-high margins in its US operations but is pressured in South America, particularly Brazil. The latter is due to lower beef consumption due to high inflation, and high cattle prices at a time when Brail’s economic recovery has been “feeble”. However S&P expects some recovery in the South American operations’ margins to 8-9% in 2023 and 2024. Adjusted debt-to-EBITDA was at 1.8x in 2021, thanks to a record-high EBITDA of BRL 14.2bn ($3bn), which it partially used to reduce debt.