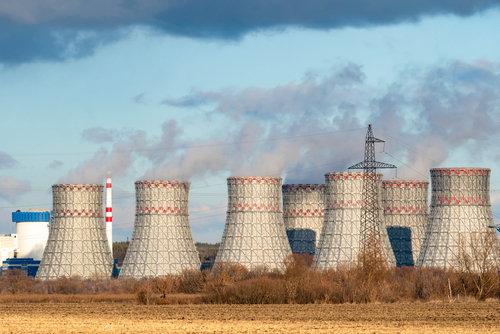 A Rolls-Royce led consortium is seeking private investments of up to £300m ($425mn) to fund its plans to build small nuclear reactors across Britain as it prepares to submit its design to regulators by the end of the year. The consortium also includes Jacobs and Laing O’Rourke and aims to be the first developer of “small modular reactor” (SMR) to implement projects in the United Kingdom. The first 470 MW plant, able to generate low-carbon electricity for around 1mn homes, is projected to be completed by 2030 as the strict regulatory process is predicted to take up to four years. Rolls-Royce estimates that it could install at least 16 SMRs at existing and former nuclear sites in Britain, with additional SMRs established at sites such as former coal mines. It added that as many as 40,000 jobs could be created by 2050 in the UK. The prime minister of the UK, Boris Johnson supported SMRs as part of his 10-point plan for a “green industrial revolution” in 2020 and promised Rolls-Royce around $304.7mn in public funds.

The first five reactors are reported to cost around £2.2bn ($3.1bn) each, reducing to about £1.8bn ($2.5bn) for subsequent units. The company claims that its design is more commercially viable, at lower-risk than competitors plans and that it can compete with renewable technologies such as offshore wind. “The way we manufacture and assemble our power station brings down its cost to be comparable with offshore wind at around £50/MWh”, said Tom Samson, chief executive of the Rolls-Royce-led consortium. The programme could provide Rolls-Royce with a significant new revenue stream as it seeks to diminish its exposure to the commercial aerospace sector, which has been severely affected by the pandemic.