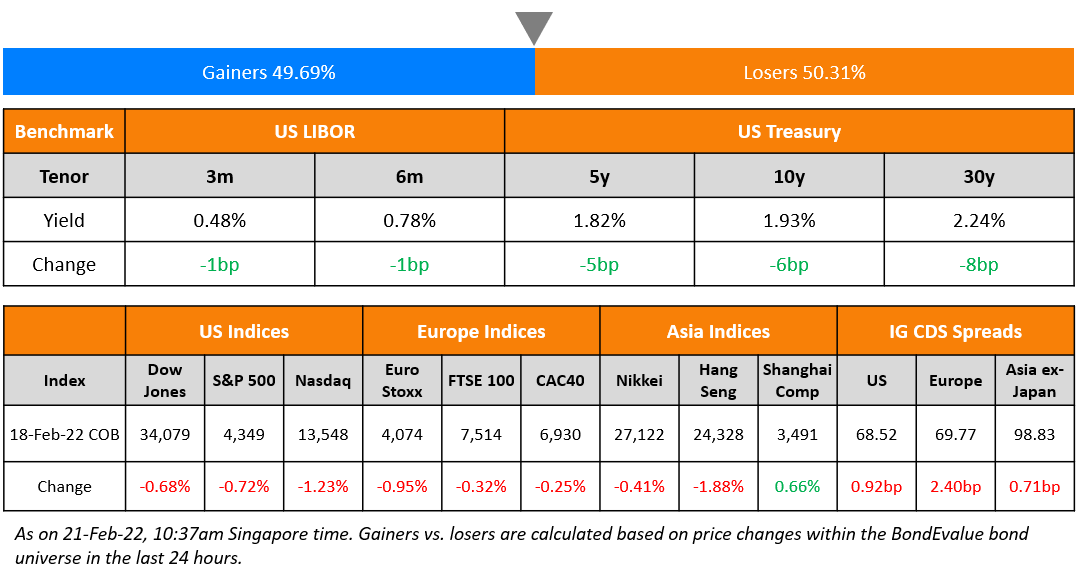 S&P and Nasdaq were lower again on Friday with the indices down 0.7% and 1.2% respectively. Most sectors were in the red, led by IT and Industrials down 0.9-1%. The US 10Y Treasury yield dropped 6bp to 1.93% as risk-off sentiment around Russia–Ukraine tensions weighted on markets. European markets were also lower with the DAX down 1.5% and the CAC and FTSE down 0.3% each. Brazil’s Bovespa closed 0.6% lower. In the Middle East, UAE’s ADX was down 0.6% and Saudi TASI closed 0.1% lower. Asian markets have opened broadly lower with Shanghai, HSI and Nikkei down 0.4%, 0.7% and 0.8% respectively, while STI was up marginally by 0.1%. US IG CDS spreads were 0.9bp wider and HY CDS spreads were 4bp wider. EU Main CDS spreads were 2.4bp wider and Crossover CDS spreads were 15bp wider. Asia ex-Japan CDS spreads were 0.7bp wider. 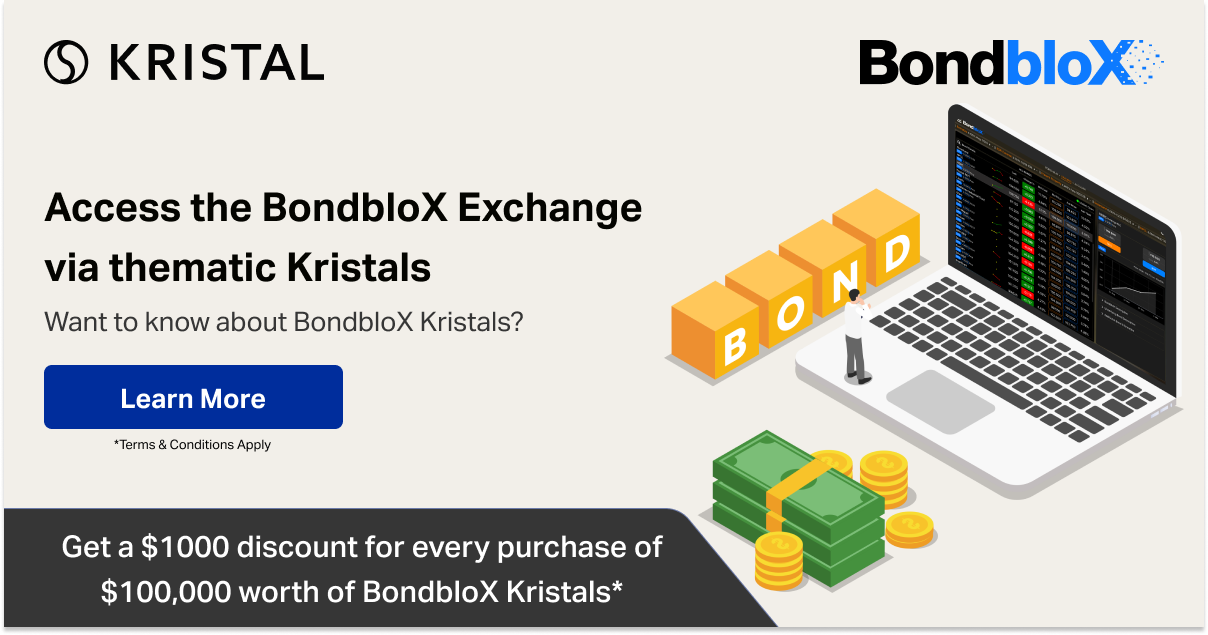 Portfolio trading is a mechanism in which dealers move large baskets of bonds in a single trade often using ETFs, hence pricing and transacting an entire portfolio at one shot. The benefit of portfolio trading it to move large buckets of risk with ease by executing fewer, larger trades to reduce market impact, cost and reducing the time taken to execute on portfolios. As ICE notes, it is an “all or none” execution style. Bloomberg notes that portfolio trading has stalled in recent volatility as it becomes harder for dealers to set prices on those bonds when price are rapidly.

“They are implicitly making a choice about the distributional effects of their policy….They would rather have a hot economy and higher inflation than a large number of people stuck out of work.”

“If we acted too hastily now, the recovery of our economies could be considerably weaker and jobs would be jeopardized”

“We now look for the Fed to hike 25bp at each of the next nine meetings, with the policy rate approaching a neutral stance by early next year… [on inflation] We now no longer see deceleration from last quarter’s near-record pace… The risk that central banks shift and perceive a need to generate slow growth — and the corresponding impact on global financial conditions — is now the most significant threat to an otherwise healthy global backdrop”

“I see our current policy situation as likely requiring less ultimate financial restrictiveness compared with past episodes and posing a smaller risk… We don’t know what is on the other side of the current inflation spike… We may once again be looking at a situation where there is nothing to fear from running the economy hot.”

“We locked in the potential sellers, waiting for them to offload when their pressures peaked… The property market is full of big opportunities for us, but both the price declines and the evolution of sector fundamentals have exceeded our expectations. It’s hard for us to tell who can survive” 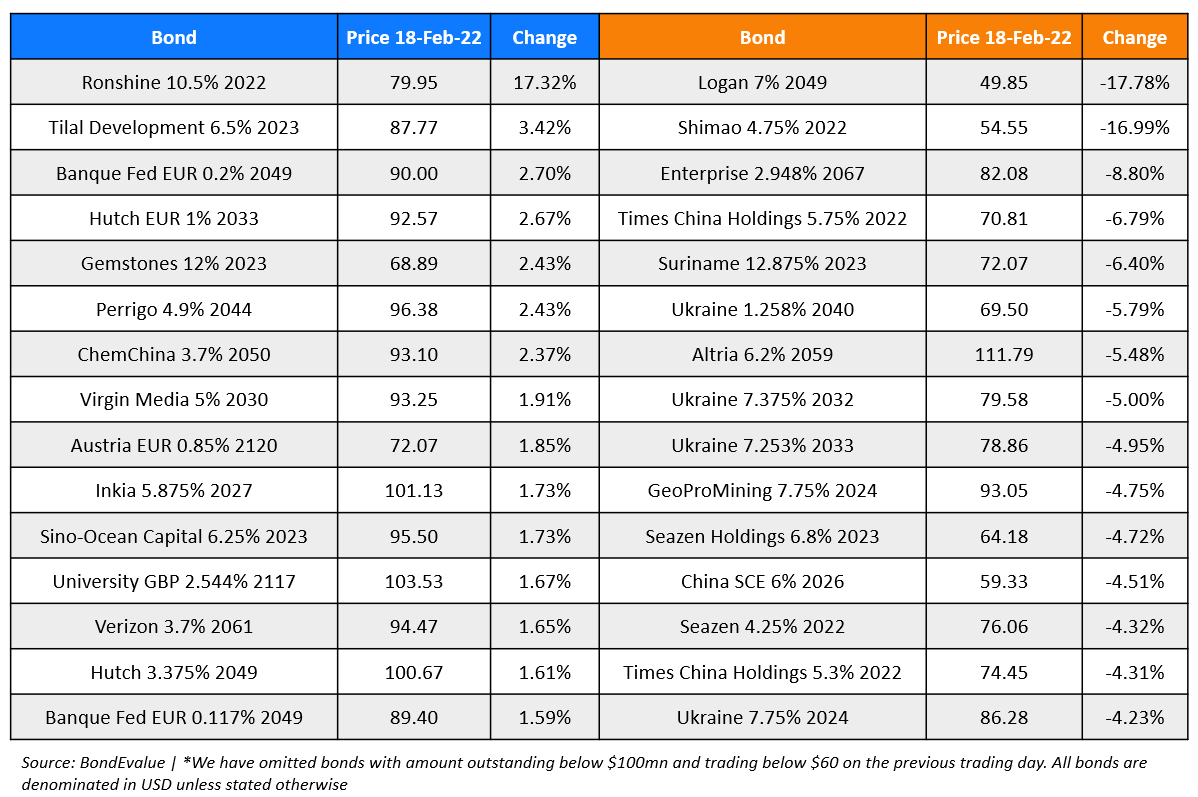