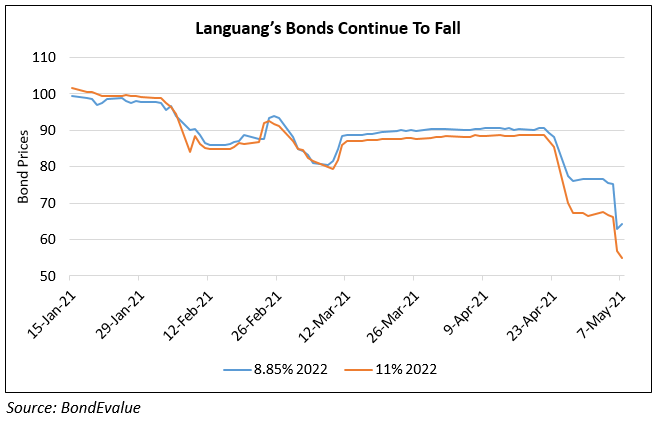 Bonds of Chinese property developer Sichuan Languang dropped further after Moody’s downgraded it to B2 citing a low liquidity buffer, especially as the company has large upcoming debt maturities in the next 12-18 months. The 11% 2022s issued by subsidiary Hejun Shenze dropped 14% on Thursday after the rating action. Bonds of the company first fell during the last week of April on liquidity concerns with Bloomberg reporting that the company has about $1bn of offshore bonds and $2bn of onshore debt outstanding and they were mulling a sale of a stake in the company and/or in some of its property projects.