Sino-Ocean’s Dollar Bonds Drop ~10%; Clarifies it is Not Under Refinancing Pressure 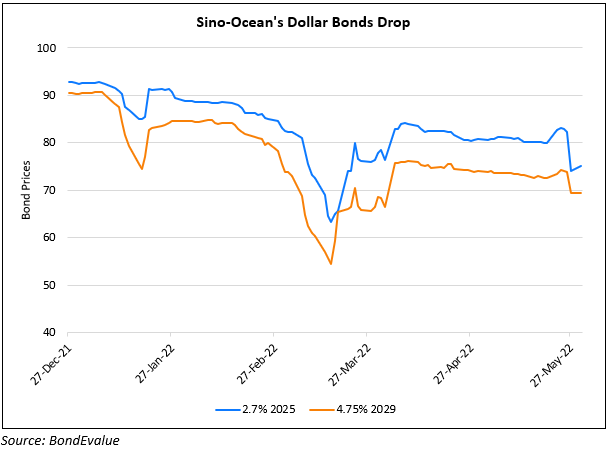 Dollar bonds of Chinese property developer Sino-Ocean dropped as much as 10% on Friday. The move comes just days after property sector peer Greenland’s dollar bonds fell over 20% on liquidity fears. Sino-Ocean in response to the fall in its bonds, said that it does not face any liquidity issues and there has been no negative changes in the company’s fundamentals. Sino-Ocean is among the few investment grade rated developers at Baa3/BBB- (Moody’s/Fitch).