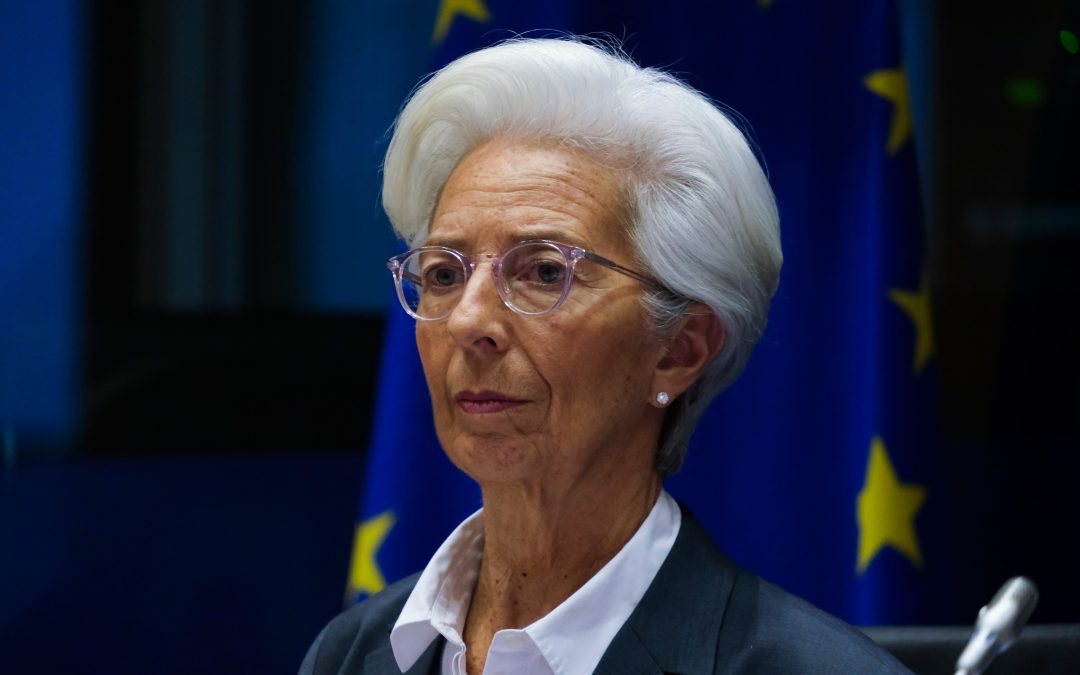 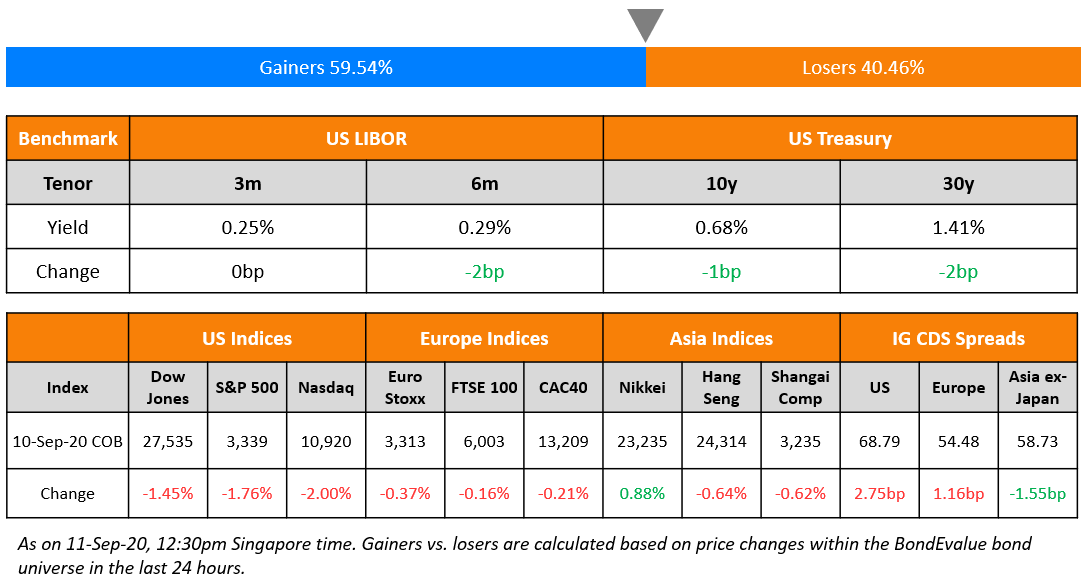 Wall Street dropped on Thursday led by technology stocks as US weekly jobless data showed sluggishness in the pace of the economic recovery. Initial claims came unchanged at 884,000 (above 846,000 expected) and the rejection of the $300bn coronavirus aid package by the US Senate added to the woes. Nasdaq gave up most of the 2.71% rebound on Wednesday with a 2.00% slide led by Apple, Microsoft and Amazon that fell 3.3%, 2.8% and 2.9% respectively. Increase in US crude oil stockpiles also weighed on energy stocks that caused the DJI and S&P to fall around 1.5%. ECB left its rates and monetary stimulus policies unchanged so European shares were only marginally lower. Risk-off benefited long-dated Treasuries that eased 1-3bp. IG CDS spreads widened and Asian dollar credit spreads are set to widen for the week, only the second time since the recovery started a few months ago. Asian markets are having a mixed opening this morning. 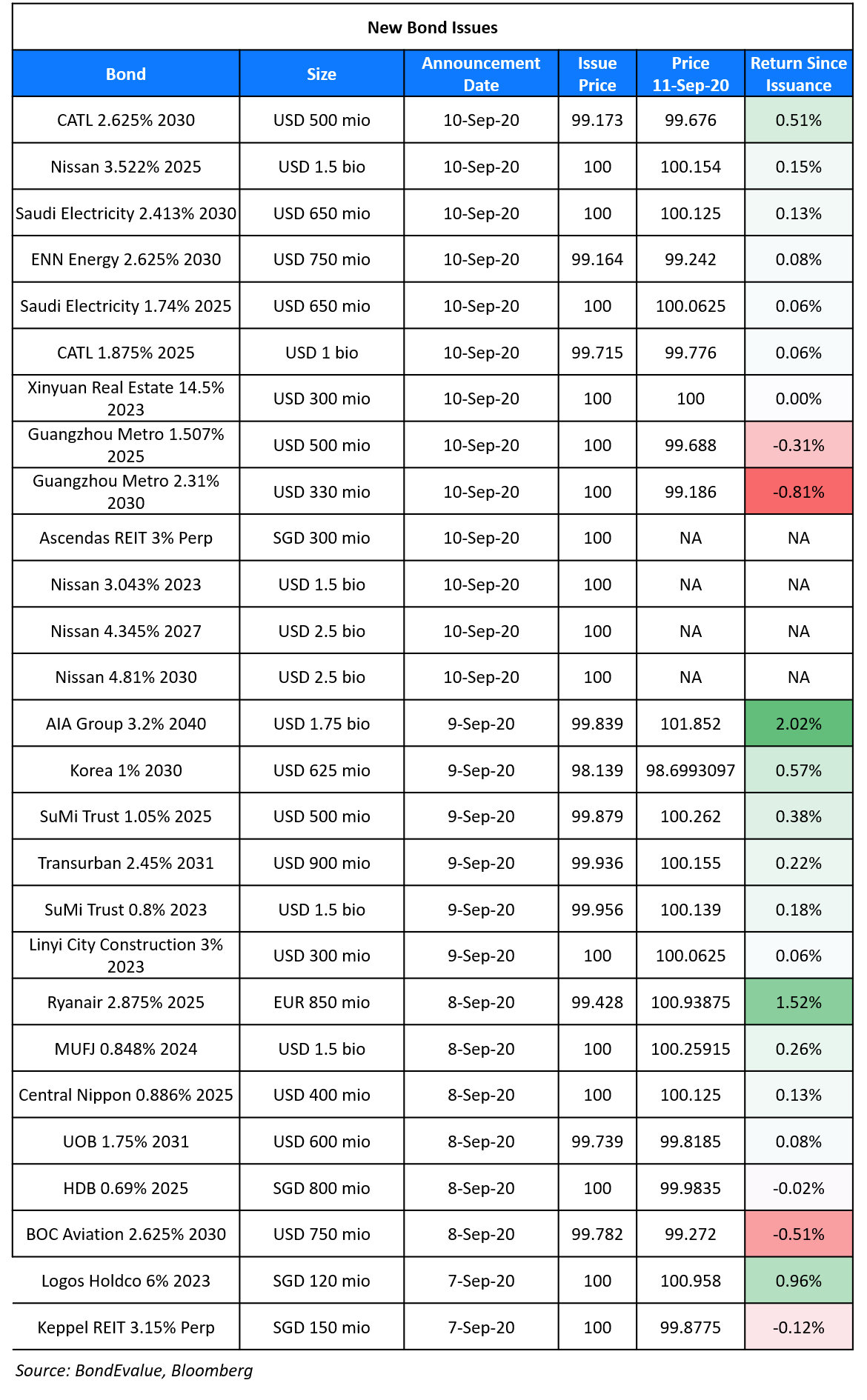 The bonds have an expected rating of Baa3/BBB-.

The Temasek-owned property trust Ascendas REIT raised S$300mn ($219.5m) via a Perpetual non-call 5Y green bond (PerpNC5) to yield 3%, 25bp inside initial guidance of 3.25% area. The bonds, expected to be rated Baa2, received orders exceeding S$725mn, 2.42x issue size. This is Singapore’s first ever green non-financial perpetual, priced at the lowest yield for a corporate non-banking perpetual bond in Singapore. The bonds have a reset on September 2025 if not called on the same date, and every five years thereafter to the prevailing Singapore dollar 5Y SOR level, or any alternative reference rate, plus the initial credit spread of 247.7bp with no step-up.

Alfa Downgraded To ‘BBB-‘ From ‘BBB’ On Portfolio Reorganization And Pressure On Credit Metrics, Outlook Stable

The Governing Council of the European Central Bank (ECB) concluded its monetary policy meeting on Thursday. In light of the euro rallying against the dollar, ECB Governor Lagarde did not see a need for policy adjustments and suggested that the central bank will only monitor the exchange rate and not target it. The euro has rallied more than 10% against the dollar since March, reaching a high of 1.1936 on August 31, putting pressure on European exports. Lagarde said that the ECB “will carefully examine the information it receives, including exchange rate movements, for its impact on the medium-term inflation outlook”. The highlights of the monetary policy meeting are as follows: 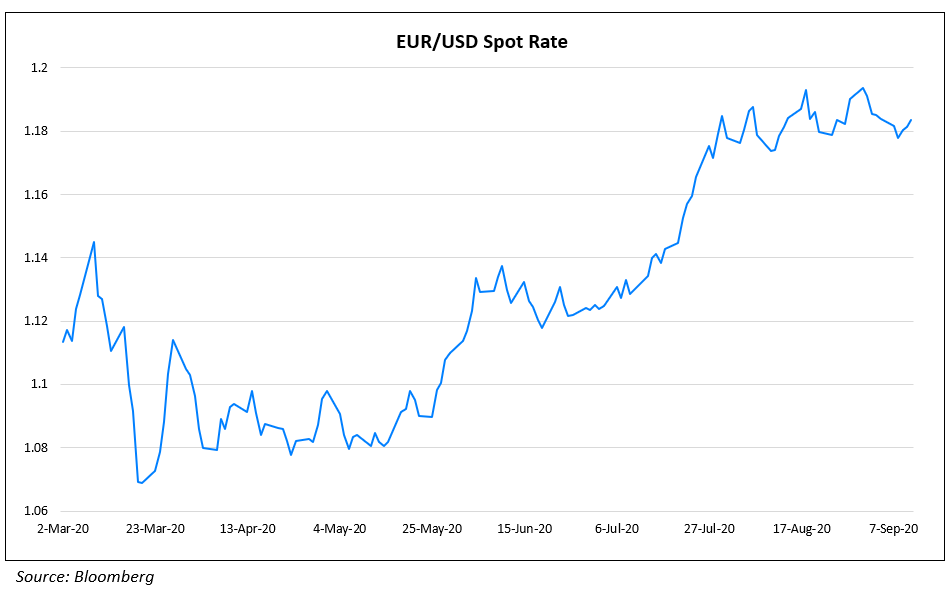 Lagarde believed that the existing measures were sufficient and did not suggest any increase in the stimulus. The decision seems to be resonating with the improved economic forecasts published by ECB. According to the latest economic forecast published by ECB, the real GDP is projected to fall by 8%, slightly better than the projection of a fall of 8.7% in June.

US High Yield Issuance for August at $53 Billion, Second-Highest on Record

Junk rated issuers “made hay while the sun shone” in August as the issued $52.9bn worth of bonds, the highest ever for August and the second highest for any month on record, as per S&P. The highest on record was in June this year, when issuance reached $59.9bn amid the Fed’s support in buying junk debt. High yield issuance for the year to August stands at $291.9bn, up 71% over last year. Based on estimates from Bank of America Global Research, issuance for the year will stand at $375bn, smashing the annual record of $344.8bn in 2012. Average junk new issue yield for August was 5.3%, 113bp tighter vs July’s average of 6.46% and the lowest level since February before the pandemic spread to the West. August also witnessed the lowest yield on record for a junk issuer with can-maker Ball Corp raising $1.3bn via a 10Y bond at a yield of just 2.875%.

For S&P’s report on US junk issuance, click here

Capitalizing on the current low yield environment, US universities have tapped the bond market to raise ~$36bn this year thus far, a record since at least 2004 according to Bloomberg. The massive supply has been fueled by demand from international investors from countries such as Japan, South Korea, Singapore and Taiwan. Investors from these countries, many of which have an aging population, find solace in the strong heritage of these universities and their perceived operational and financial strength over the next many decades. In the table below, we have listed the 10 largest deals from US universities, many of them Ivy Leagues, and how they have performed on the secondary markets. 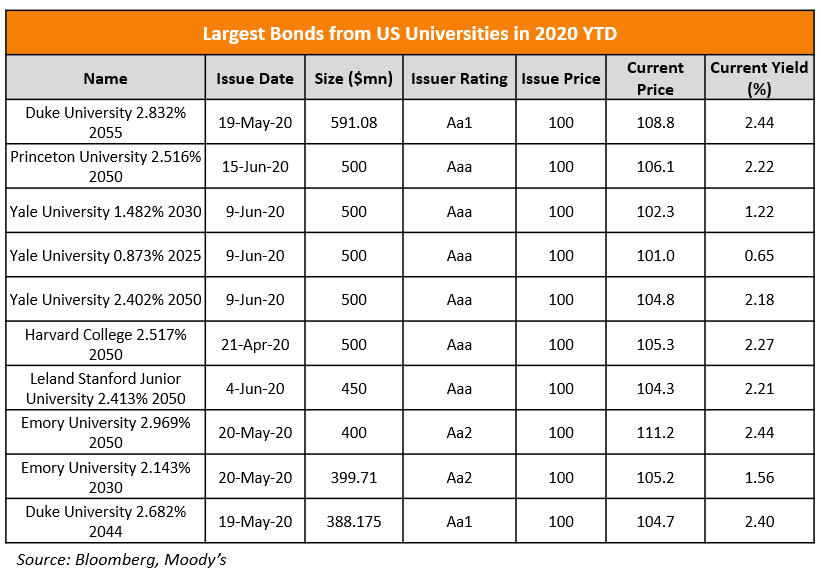 John Augustine, a managing director at Barclays Plc who runs the bank’s higher education group said, “Those types of credits help investors sleep at night,” adding that there has been an increase in interest from Asian investors. Higher rated universities also offer a yield pick-up for investors vs. the benchmark. Harvard’s AAA rated bonds due 2050, for example, priced at a 2.517% yield or 110bp over Treasuries in late April.

Tsinghua, the parent company of Yangtze Memory Technologies, China’s top flash memory chipmaker is bracing itself for sanctions on the Chinese semiconductor industry by the Trump administration. Yangtze Memory operates a $22bn facility in Wuhan for chipsets used in smartphones and high-end computing and has acquired RDA Microelectronics and Spreadtrum in its bid to advance its technology. It has also partnered with players like Western Digital to add to its design capabilities. However, despite its efforts, it will be hit hard by US sanctions as it receives over 80% of its equipment from the US and Japan. This equipment includes basic chipmaking equipment as the manufacturing of chipsets has limited exposure to US vendors. Even though China has created a $29bn semiconductor investment fund, its chipset indigenisation efforts have fallen well short. Zhao Weiguo, chairman of Tsinghua Unigroup had said that China has a long way to go before it can even begin to threaten American dominance in the global semiconductor industry. “Long-term investments in innovation and R&D have led to technological advantages” at US and Japanese suppliers, Zheng said and added “This is also the reason why their products are currently in the mainstream and are difficult to replace.” 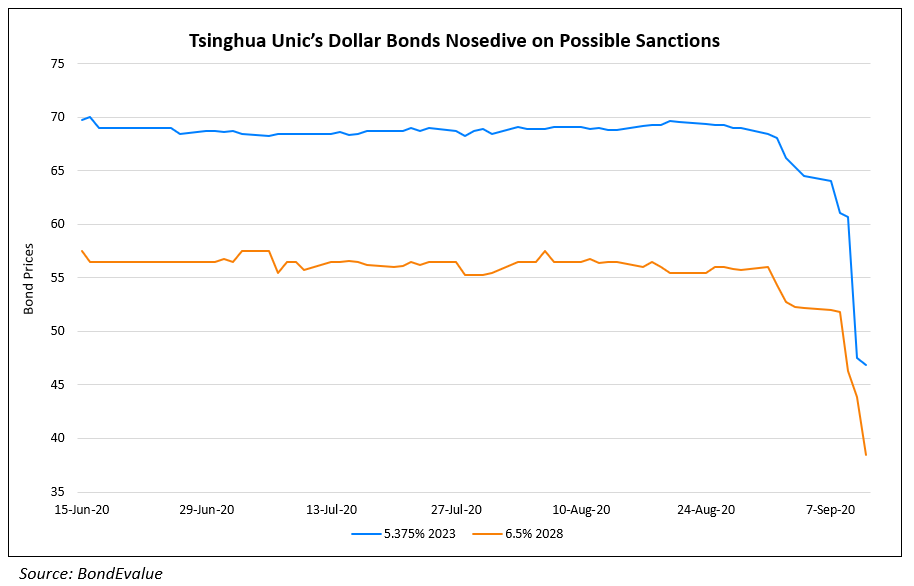 Chinese real estate developers China South City and Modern Land (China) announced results of their respective tender offers for their dollar bonds. Holders of $79.006mn of China South City’s 7.25% bonds due 2021 tendered their bonds at par plus accrued and unpaid interest vs. an offer from the issuer to buyback up to $100mn of the bonds. The bonds are currently trading at $99.625.

Bond Auctions are public auctions organized by central banks around the world to sell their national debt to investors at the lowest possible financing cost. Typically, the central banks would announce the quantum of new debt, tenor of the proposed bonds, terms and conditions of the offering as well other relevant information, prior to the auction. Market participants such as banks, brokers and other financial institutions can then submit bids for the securities.

The amount of bids relative to the debt available for auction is an indicator of demand for the bonds and is known as bid-to-cover ratio, a widely watched metric by market participants for bond auctions.

“Clearly to the extent that the appreciation of the euro puts negative pressure on prices, we have to monitor carefully such a matter, and this was extensively discussed,” Lagarde said. “The strength of the recovery remains surrounded by significant uncertainty as it continues to be highly dependent on the future evolution of the pandemic and the success of containment policies,” she said.

On inflation as a major concern as the US budget deficit grows – Alan Greenspan, former Fed Chair

“We’ve got to resolve the budget deficits that are getting out of hand,” Greenspan said. “My overall view is that the inflation outlook is unfortunately negative and essentially the result of a huge increase in entitlements that are crowding out private investment and productivity growth, which is slowing down to about a 1% annual rate,” he said.

Greenspan added: “All in all my major concern is inflation. It obviously hasn’t emerged in any significant way as yet, but I think that’s the area where our problems lie.”

“They are really dealing with the unknown, we can guess, we can hypothesize … we will learn certain things but not enough to give us real insight into forces which engender stock prices, bond prices, or the like,” Greenspan said. “I think that so far from what I can judge things are going well there,” he said, referring to the current Fed.

“My take is that it’s less SoftBank [driving options markets] and more this collective activity of retail, momentum-oriented crowd,” he said. “The data doesn’t have a mark of a whale. It has the mark of lots of little, tiny whales that add up to one big one.”

“Retail doesn’t have the ability to move the market by themselves, but by buying calls they force dealers to hedge themselves, and triggered this parabolic move in tech stocks,” said Onatibia.

“This is mostly a retail phenomenon,” he said. “If a couple of million people get together and all buy a few option contracts, that’s a lot of exposure.”

“I’ve been reducing some of my Chinese quasi-sovereign risk,” said Aggarwal. “It’s very hard to say what names they will sanction. It’s a complete black box.” 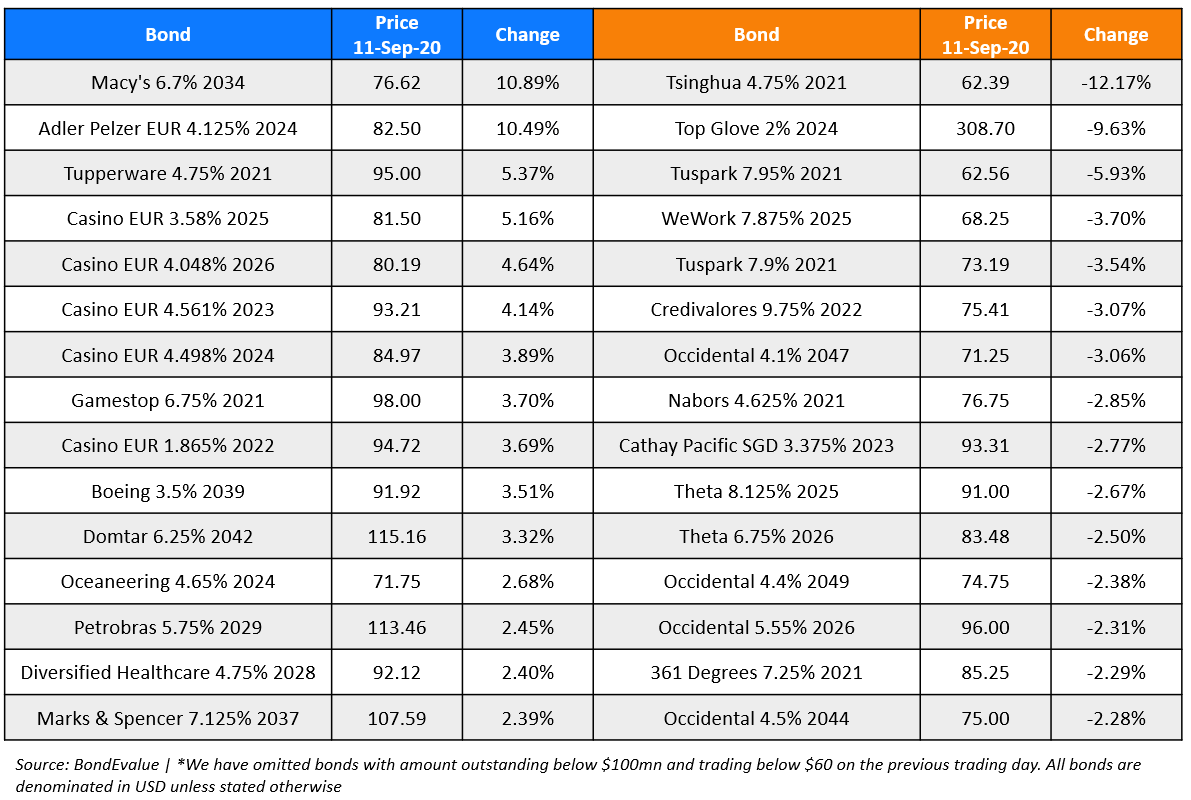