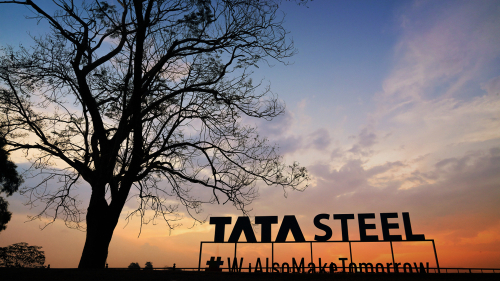 Indian steel major Tata Steel’s outlook has been changed to stable from negative by Moody’s, affirming its Ba2 corporate family rating. The rating agency cited “a solid recovery in Tata Steel’s operations” in the quarter ended March 31 and added that it expects the steelmaker to maintain the momentum over the next 12-18 months. The lead analyst for Tata Steel at Moody’s, Kaustubh Chaubal said, “The rating action also reflects the company’s proactive financial management amid the pandemic and its publicly stated target of reducing gross debt by at least US$1 billion each year and prioritizing deleveraging over capital expenditure.” Pent-up demand from end-user industries, particularly automotive, coupled with supportive government policies have led Tata Steel India (TSI) to post record profitability at a 10Y high of INR 18,948/ton ($253/ton) in fiscal Q3 ended December 2020, up from INR 4,969/ton ($66/ton) in fiscal Q1 ended March 31, 2020. Moody’s expects long-term sustainable EBITDA/ton of INR 13,200 ($176) for fiscal 2022, 33% lower than the 3Q2020 number. In contrast, Tata Steel Europe (TSE) reported an adjusted EBITDA/ton of INR 2,370/ton ($32/ton) in Q3, up from consistent losses in the prior three quarters. Moody’s expects TSE to just break even in fiscal 2022 given its historical profitability. The rating agency expects Tata Steel’s adjusted consolidated gross debt to reduce by at least $2.7bn as of March 2021 vs. a year earlier. The agency added that its rating could be upgraded if the company prioritizes deleveraging over capex, with leverage lower than 4x and an EBIT coverage over 3.5x on a sustained basis; it added that a downgrade is unlikely given its recent improvement in performance.