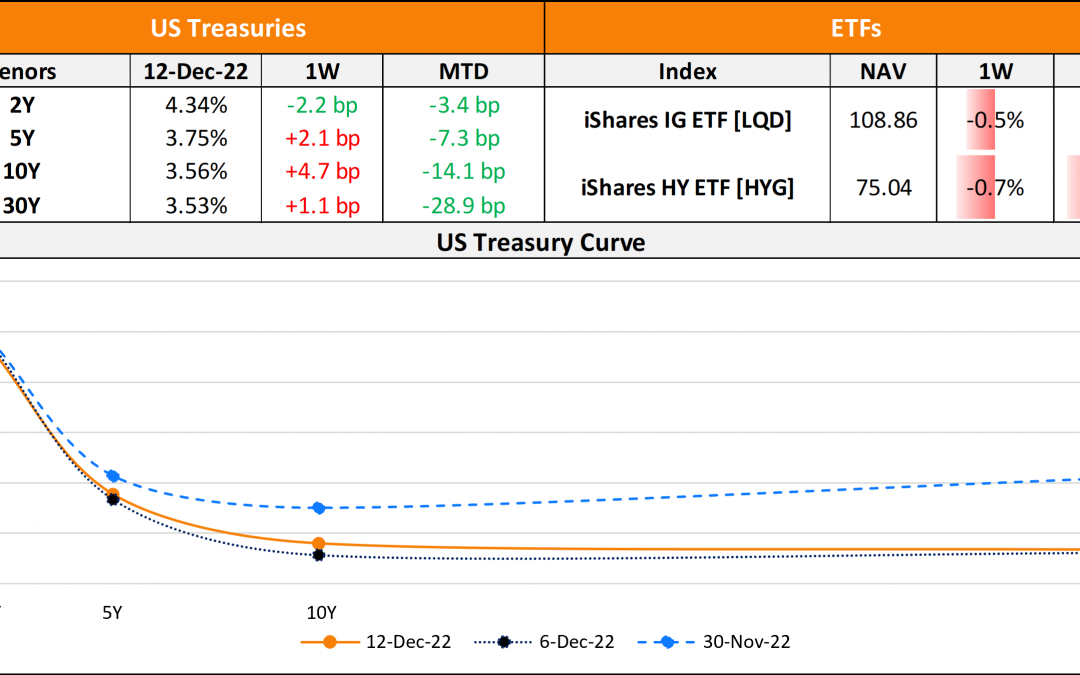 Issuance volumes dropped across all regions last week. US primary market issuances dropped last week to $9.3bn vs. $17.7bn in the week prior to it. IG issuances stood at $6.8bn led by Energy Transfer’s $2.5bn and Duke Energy’s $1bn two-tranchers each. HY issuances stood at $2.7bn led by Chart Industries’ $1.97bn two-trancher and Brazos’ $700mn three-trancher. In North America, there were a total of 24 upgrades and 31 downgrades across the three major rating agencies last week. As per Lipper data, US IG funds saw $1.2bn in inflows in the week ended December 7, marking an end to fifteen straight weeks of outflows while HY funds saw only $66mn in inflows, breaking a run of five straight weeks of inflows. The total amount of cash pulled from IG funds during its loss streak was $47.7bn in total. LatAm saw no new deals last week as compared to $1.6bn in the week prior. In South America, there were no upgrades and nor downgrades across the major rating agencies. EU Corporate G3 issuance stood at only $8.5bn vs. $19.7bn a week prior with Landesbank Hessen’s €1.53bn five-trancher and Credit Agricole’s €500mn dual-trancher. Across the European region, there were 16 upgrades and 47 downgrades. The GCC G3 primary bond market saw no new deals vs. $355mn in deals in the prior week. Across the Middle East/Africa region, there were 3 upgrades and 10 downgrades each across the three major rating agencies. APAC ex-Japan G3 issuances were at a meagre $1.44bn vs. $5.8bn in the week prior led by China EXIM’s $340mn issuance followed by ICBC Macau and TFI Overseas’ $250mn deals each . In the APAC region, there were 6 upgrades and 7 downgrades combined across the three rating agencies last week. 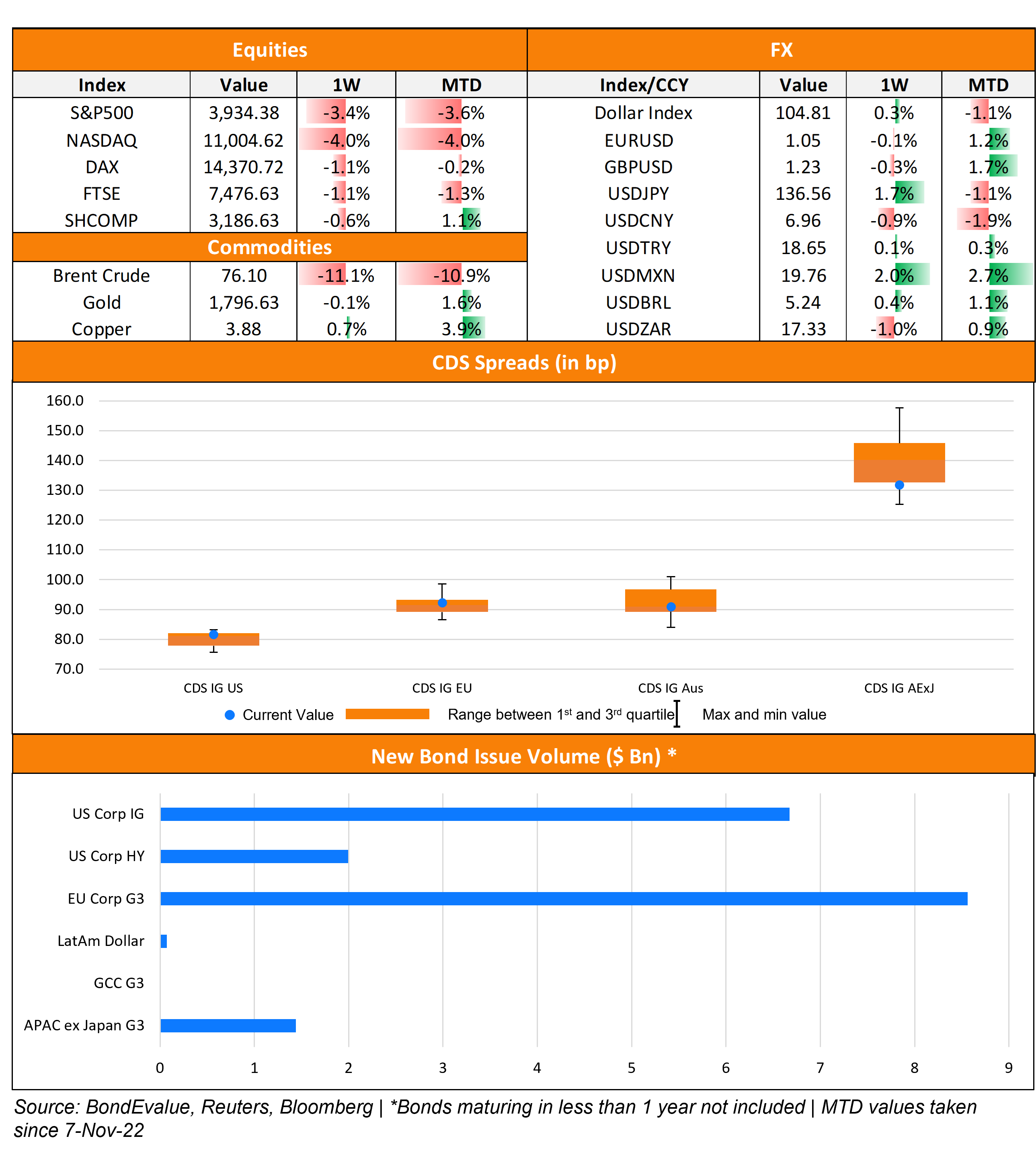