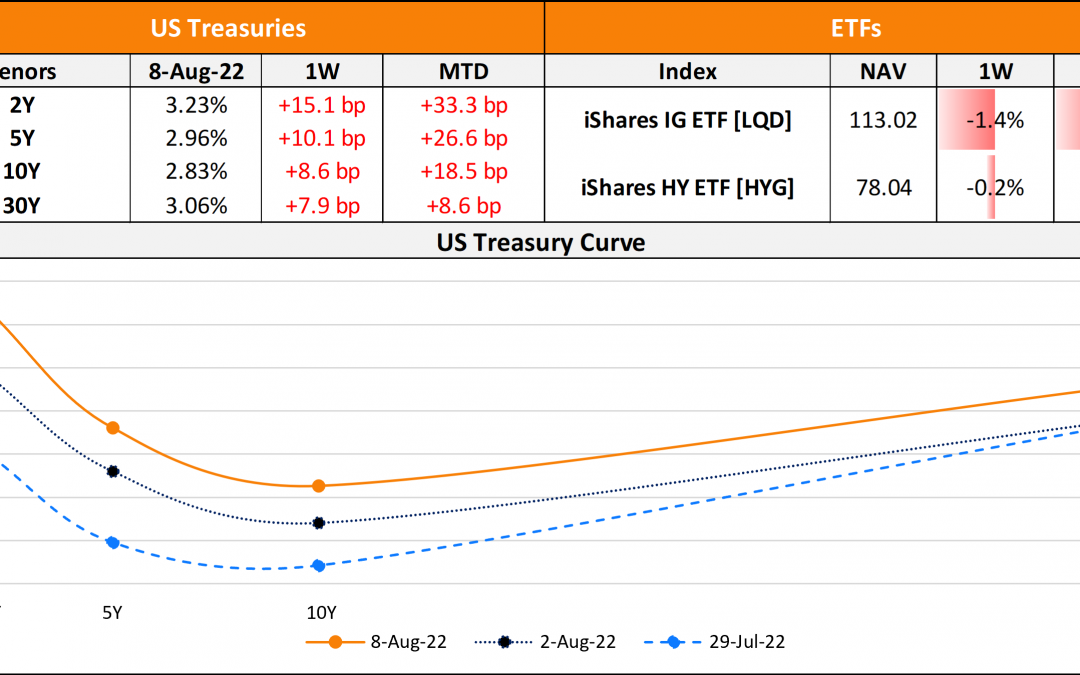 US primary market issuances more than doubled to $37.8bn vs. $16.4bn in the previous week. IG issuances stood at $35.8bn vs. $15.2bn in the week prior, led by Meta’s debut $10bn bond issuance, followed by Intel and Apple raising $6bn and $5.5bn in five-tranche and four-tranche deals respectively. In the HY space, there was just one deal worth $1bn coming from CCO Holdings vs. $1.2bn in the week prior. In North America, there were a total of 28 upgrades and 71 downgrades across the three major rating agencies last week. As per Lipper data, US IG funds finally snapped its record losing streak, seeing $1.22bn of inflows in the week ended 5 August after eighteen consecutive weeks of outflows totaling $74bn. HY funds experienced a second straight week of inflows, amounting to $2.93bn. Separately, Reuters noted that overall US bond funds (including Treasuries, MBS and munis) recorded a net $9.37bn inflow in the week to August 3. This is the largest weekly inflow since September 2021 and resulted from expectations that the Fed will decelerate the pace of its rate hikes to support the weakening economy, Reuters notes. In the LatAm region, there was $500mn raised in a single deal by Guatemala vs. no new deals in the week prior. In South America, there were no upgrades and 1 downgrade across the major rating agencies. EU Corporate G3 issuance jumped significantly to $25.4bn vs. $4.5bn one week prior – UBS raised $5bn to lead the table via a three-tranche deal, followed by HSBC and Barclays raising $4.75bn and $4.25bn via a dual-trancher and three-trancher respectively. Across the European region, there were 14 upgrades and 56 downgrades across the three major rating agencies. The GCC G3 primary bond market remained quiet last week, marking four consecutive weeks of no major deals in the region. Across the Middle East/Africa region, there were no upgrades and 5 downgrades across the three major rating agencies. APAC ex-Japan G3 region issuances rose to $1.8bn vs. $2.1bn in the week prior – KT Corp raised $500mn, followed by Jinan Hi-Tech and Mianyang Investment raising $300mn each. In the APAC region, there were 5 upgrades and 6 downgrades combined across the three rating agencies last week. 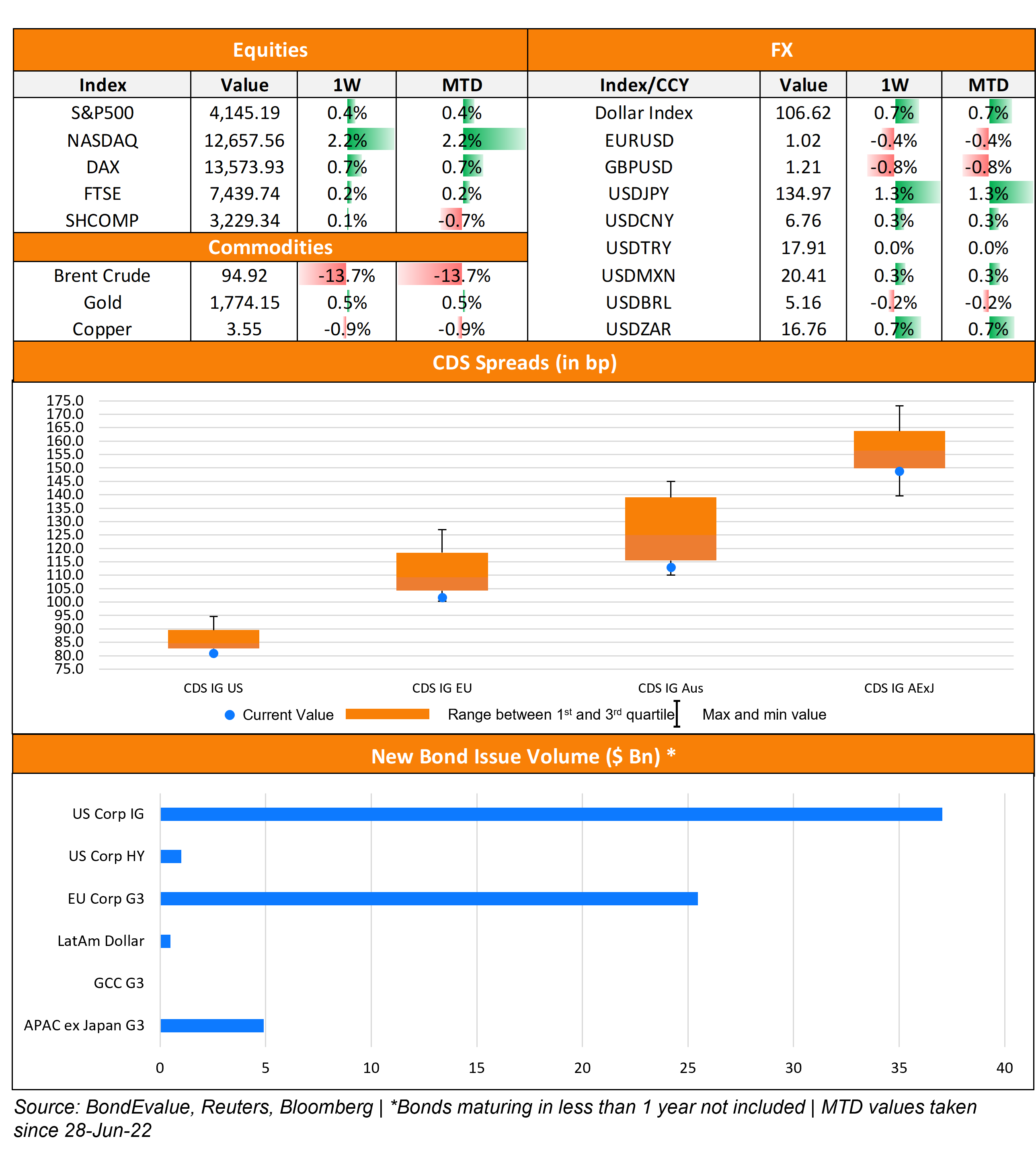