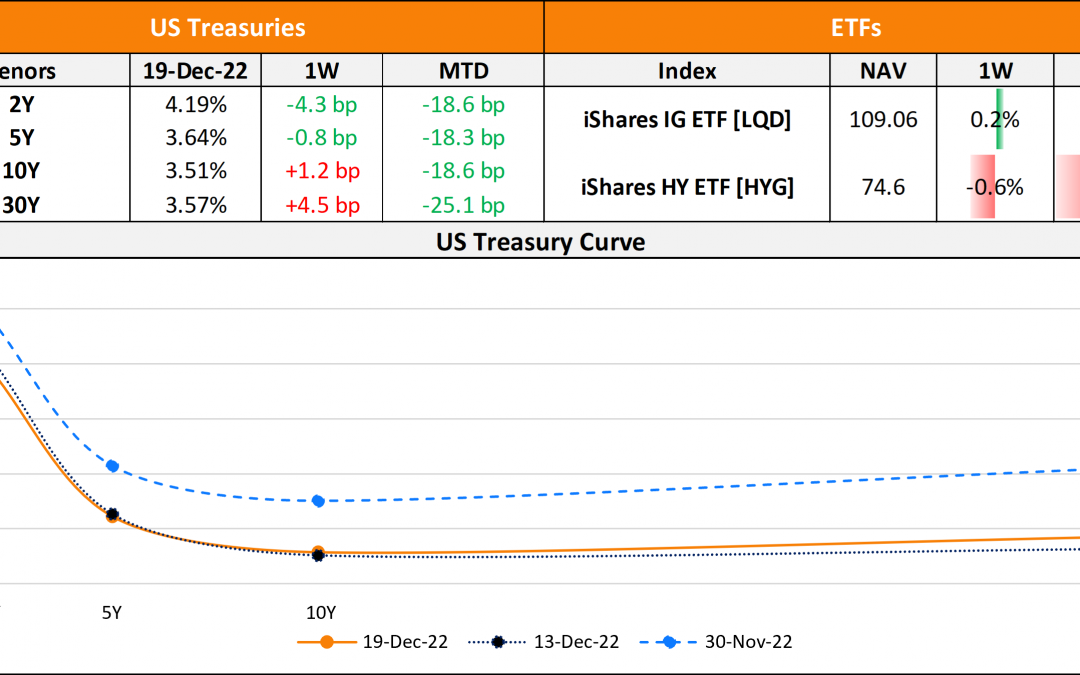 US primary market issuances dropped further last week to $3bn vs. $9.3bn in the week prior to it with JPMorgan raising the entire amount via 3Y issuance. In North America, there were a total of 16 upgrades and 24 downgrades across the three major rating agencies last week. As per Lipper data, US IG funds saw $176.9mn in inflows in the week ended December 14, a second week of inflows after having seen fifteen straight weeks of outflows while HY funds saw only $312.8mn in outflows. LatAm saw no new deals for a second consecutive week. In South America, there were 2 upgrades and 12 downgrades across the major rating agencies. EU Corporate G3 issuance stood at only $5.1bn vs. $8.5bn a week prior with Landesbank Hessen’s €2.32bn across three separate bond issuances in the week followed by Banco Sabadell’s €500mn deal. Across the European region, there were 16 upgrades and 36 downgrades. The GCC G3 primary bond market saw no new deals for a second straight week. Across the Middle East/Africa region, there was 1 upgrade and 12 downgrades each across the three major rating agencies. APAC ex-Japan G3 issuances were at only $472mn vs. $1.44bn in the week prior with CNCB HK raising $270mn and Jiangyin State-owned Assets Holding raising €100mn to lead the tables. In the APAC region, there were 11 upgrades and 8 downgrades combined across the three rating agencies last week. 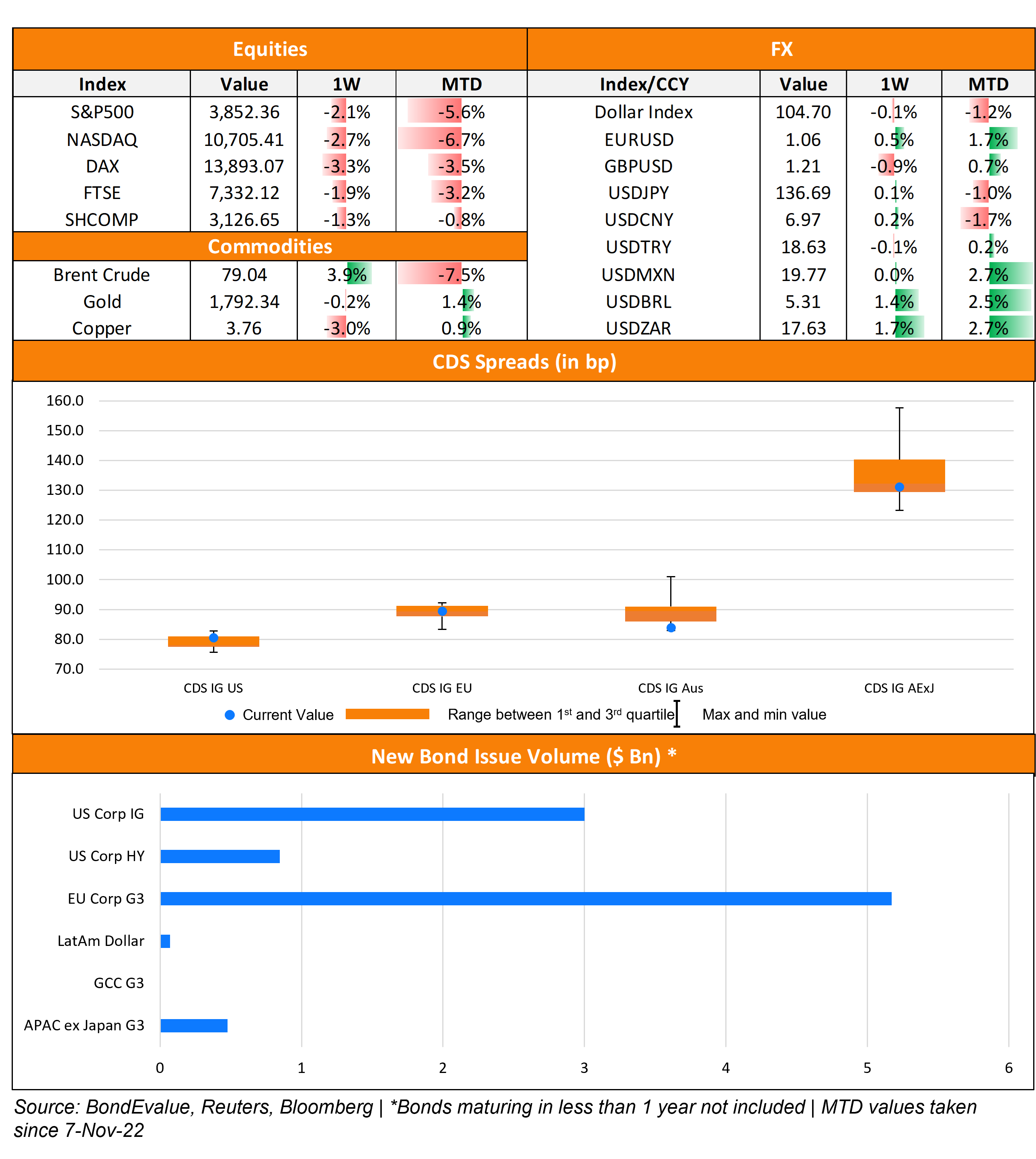