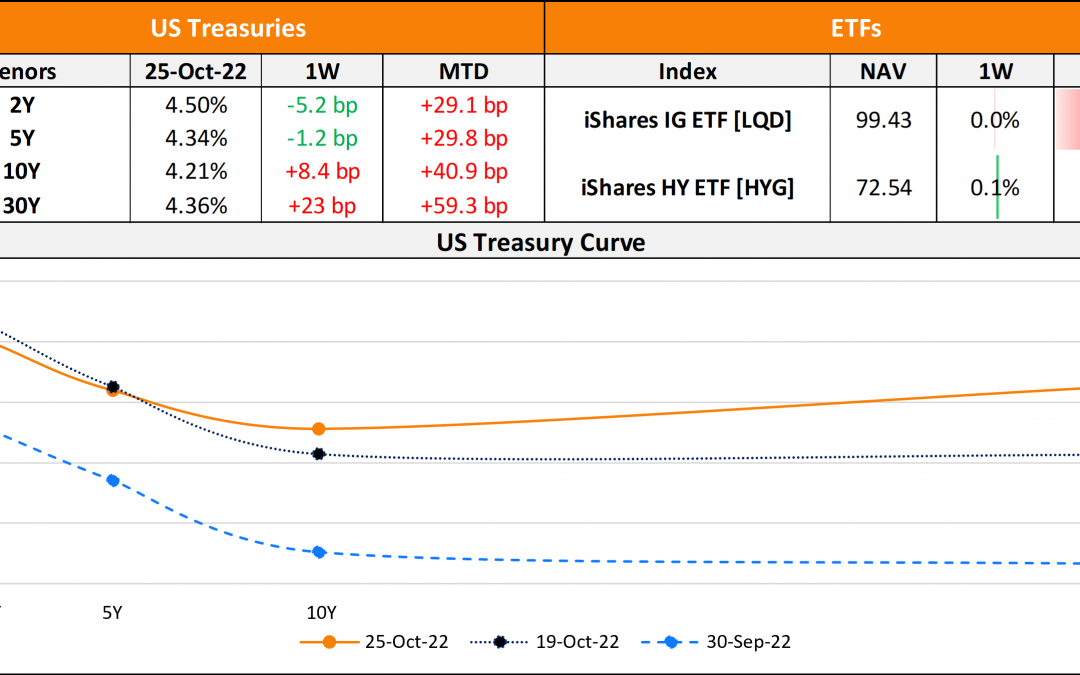 US primary market issuances were higher at $15.4bn vs. $6.9bn in the week prior, with IG issuances seeing $13.3bn in deals led by Lockheed Martin’s $4bn five-trancher and US Bancorp’s $3bn dual-trancher. High Yield deals stood at $2bn with Carnival’s deal being the sole issuance. In North America, there were a total of 50 upgrades and 38 downgrades across the three major rating agencies last week. As per Lipper data, US IG funds saw a massive $3.6bn in outflows in the week ended October 19, a ninth straight week of outflows and HY funds saw $144mn in outflows. LatAm saw $1bn in deals last week vs. $1.15bn in the week prior with Uruguay being the sole issuer. In South America, there was 1 upgrade and 7 downgrades across the major rating agencies. EU Corporate G3 issuance rose to $24.8bn vs. $11.8bn one week prior – KfW’s €3bn deal, BPCF’s €1.75bn deal and SocGen’s €1.5bn deals led the tables. Across the European region, there were 36 upgrades and 58 downgrades. The GCC G3 primary bond market saw $6.7bn in issuances last week vs. no deals in the week prior – Saudi Arabia’s $5bn sukuk dual-trancher led the table. Across the Middle East/Africa region, there were 5 upgrades and 7 downgrade across the three major rating agencies. APAC ex-Japan G3 issuances were at $4.5bn vs. $2.1bn in the week prior led by Export Finance & Insurance Corp’s $1.5bn issuance, AIA Group’s $850mn deal and Industrial Bank of Korea’s $600mn issuance. In the APAC region, there were no upgrades and 17 downgrades combined across the three rating agencies last week. 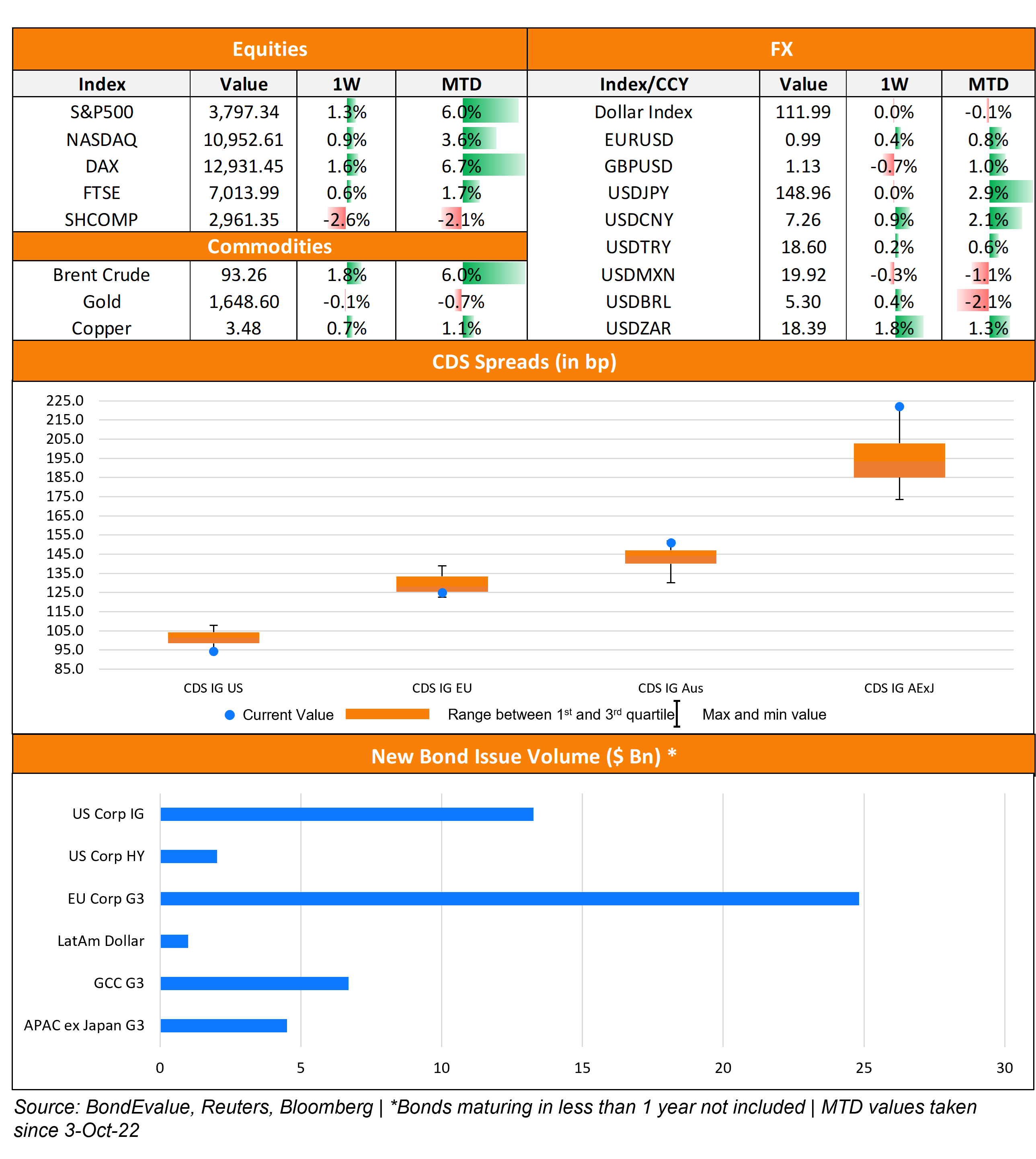